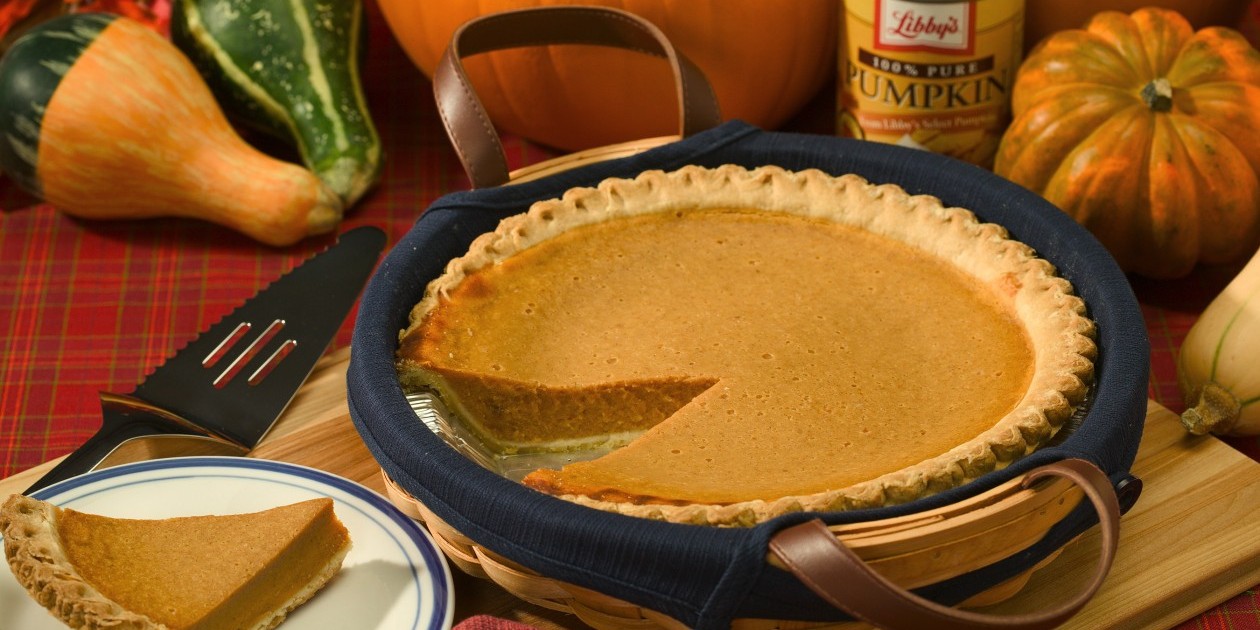 Once upon a time, pumpkin spice lived pretty much only in pies.

That was a long time ago.

These days, it’s a modifier on a list of foods that grows longer each fall: There are pumpkin spice lattes and breakfast cereals, doughnuts and yogurt-coated pretzels, pancakes and candy, even pizza and beer. In fact, in recent years, the number of pumpkin spice-related items introduced in restaurants and supermarkets has doubled, according to Datassentials, a company that tracks menu trends.

Where did it all come from?

The first reference to what we now know as “pumpkin spice” can be traced back to 1796. That’s the year Amelia Simmons published American Cookery, regarded as the nation’s first cookbook. In it, she includes a recipe for “pompkin pudding,” a pie made with stewed pumpkin and spiced with ginger and nutmeg.

As Americans moved to urban areas during the Industrial Revolution and sought to maintain a connection with agrarian life, pumpkin pie— and the spices used in it —became an essential slice of Americana.

“It represents a sense of goodness, natural abundance and old values that people think are good,” said Cindy Ott, a scholar and author of Pumpkin: The Curious History of an American Icon.

Which is why, perhaps, pumpkin spice lattes bring equal parts devotion and disdain.

“It feels like it goes against these values that aren’t supposed to be commercialized,” Ott said.

The pumpkin occupation already has begun. Dunkin’ Donuts is serving iced pumpkin lattes, doughnuts and muffins. Breweries from Dogfish to Coors are infusing it into beers. And chains like Einstein Bros. Bagels are selling pumpkin-flavoured bagels and shmear. Walk down the grocery aisle and be prepared for a pumpkin spice onslaught, with cookies, M&Ms, marshmallows, granola bars, peanut butter, even pumpkin spice-flavoured almonds, Pop-Tarts and pancake mix.

Pumpkin-flavoured items went from reaching 6% to 14.5% of U.S. restaurant menus from 2005 to 2015, according to Datassentials. National chains and fine dining restaurants are the biggest proponents of pumpkin, and when it comes to geography, the northeast tops every other region: 19% of restaurant menus there featured at least one item.

Pumpkin season is getting earlier each year, too. And we don’t mean the crop. At major chains, nearly 20% of all pumpkin food items now are introduced in August, when temperatures in many parts of the country still are sweltering.

“That number has been slowly rising over the last couple of years,” said Jana Mann, senior director for syndicated services at Datassentials. “It used to be August was a little early and people weren’t ready.”

Starbucks and Panera Bread both announced in August their pumpkin spice lattes this year would include actual pumpkin. That came following social media pressure that was critical of Starbucks for its drink’s ingredients. Either way, the drink has its fans. Starbucks’ pumpkin spice latte has its own Twitter account with more than 104,000 followers.

Regardless of the current attention, pumpkin spice blends have been a mainstay of spice cabinets for decades. McCormick & Company introduced a pumpkin pie spice blend in 1934. It contained cinnamon, ginger, nutmeg and allspice—the same spices used to make pumpkin pie. Through the years it became known more simply as “pumpkin spice” and it remains one of the company’s strongest sellers. McCormick sold nearly 4 million bottles of the spice in 2014—enough to make nearly 8 million pies stretching from Boston to Chicago.

In the early 1990s, pumpkin spice began trending as a flavouring in coffee, introduced in the fall alongside other seasonal coffee specialties, such as cinnamon-hazelnut and eggnog.

Growth in pumpkin-flavoured products has risen steadily over the last decade, with the largest increase between 2012 and 2013, according to Datassentials.

“It gives us that getting ready for fall and easing into that time of year and the brisk weather and change in fruits and vegetables,” Mann said. “It’s remembering a time when we had it in the past.”

Ott speculates that just like during the Industrial Revolution, when Americans yearned for a seemingly lost connection with nature, people in today’s fast-paced, technology-driven society associate pumpkin with the same feelings of prosperity, home and family. It’s a uniquely American nostalgia: No other country consumes pumpkin as a seasonal food and beverage.

“Americans root themselves in this tradition,” Ott said. “When times feel uncertain that they can turn to these things for a sense of comfort and goodness.”