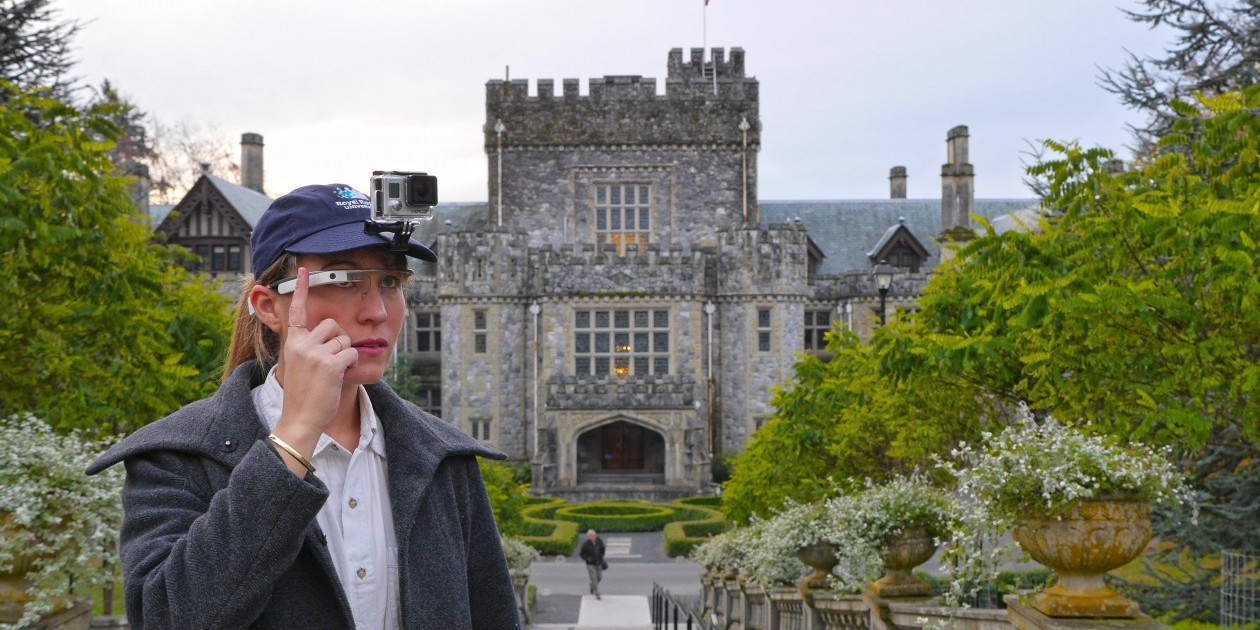 Royal Roads University gives students a look into the future Recognizing that its post-secondary education model is still relatively unknown across parts of Canada, Royal Roads University is hoping to generate some buzz with a new all-digital recruitment campaign.

The Victoria-based university, which offers a mix of online and on-campus degrees, has replaced its traditional media campaign with an aggressive push across social and digital media. That included live virtual tours using Google Glass and the creation of custom LinkedIn profiles showing students their “future selves” after obtaining a Royal Roads education.

“We’ve struggled with communicating how different we are as a university. We do a lot of experiential education,” said Catherine Riggins, director of branding, marketing and recruitment at Royal Roads. “It’s hard to convey what we do in a print ad.”

The new campaign, launched earlier this month, targets prospective students on sites such as Twitter, Facebook, LinkedIn and YouTube. The university has also reached out to so-called “warm leads,” which are students that have requested more information on courses.

For example, last week the university used Google Glass to provide potential students with a virtual tour of the campus, including the ability to sit in on live lectures. The classes were also filmed by faculty and students outfitted with GoPro cameras, for future viewing online.

The university also created “glimpse into your future” events on Facebook, and is using Google AdWords to target potential students. Prospective students can also look for future mentors and connect directly with alumni and faculty.

Royal Roads worked with ad agency Cossette on the campaign, which Riggins said was a different format for the university.

“We’ve never done anything like this before,” she said. “This is the first campaign I’ve ever done with no traditional media in it. I was kind of nervous to be honest with you, but it’s the way of the future.”

What she likes best about the digital marketing approach is that it helps the university track engagement.

“With print and traditional campaigns – it’s great for awareness, but you can’t connect the dots in terms of conversion,” she said.

Faculty at the university has been recommending that marketing do more to show what’s happening in the classroom, and not just its gorgeous setting, according to Riggins.

Royal Road is set across 260 hectares of parkland, with hiking trails, a Japanese garden, view of the Juan de Fuca straight and giant castle. However, its website boasts that the university offers “much more than a pretty castle.”

The new campaign aims to drive that point home, and in turn attract more students to the school, which offers undergraduate, graduate and doctoral degrees, certificates and diplomas. It also offers executive training and continuing studies programs.

“Getting into the classroom was new for us,” said Riggins of the latest campaign. “People could experience what’s happening and by recording it we could give them a taste of what’s happening.”

Offering one-on-ones with faculty is also new for the university. “I think we’re getting under the hood a little more than in past,” she said.