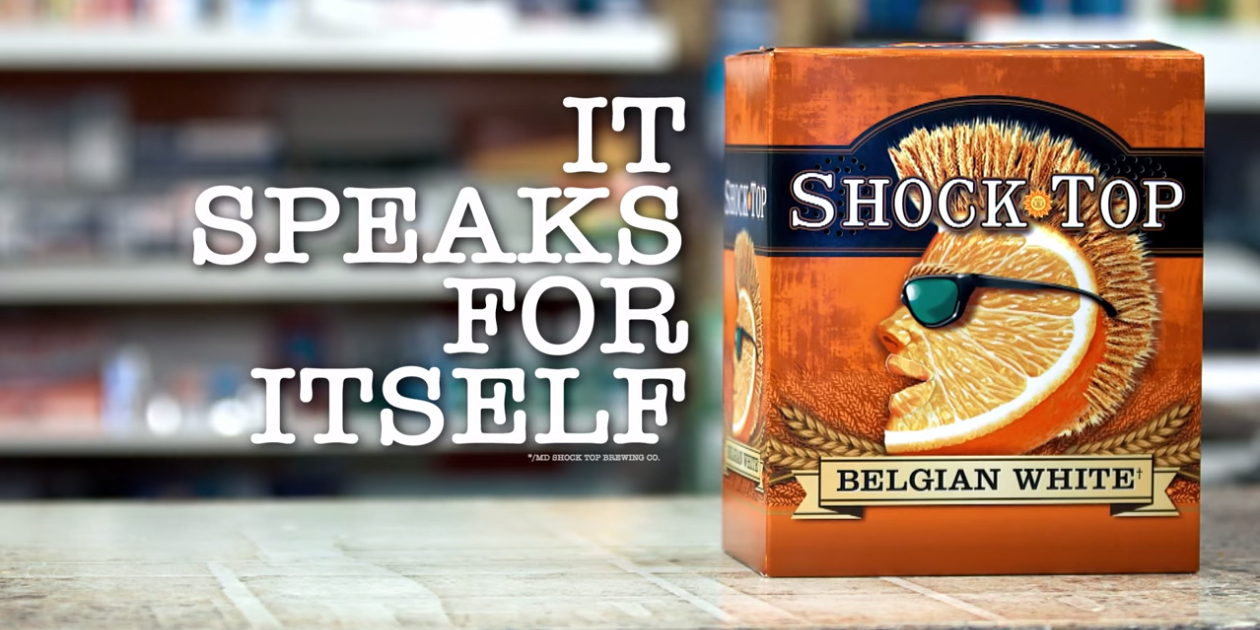 The universal goal of advertising is to bring products to life, but rarely has that ambition been as literal as it is in the new Shock Top campaign.

In a series of videos for the AB Inbev beer brand that started to roll out last week, shocked consumers are confronted by a talking case of beer and a talking beer tap with the brand’s mascot – a mohawked orange slice named Wedgehead.

In one, the character says to a man, “Whatsup brother? I like that hair. I have a mohawk too.” In another, the beer tap asks a young woman, “Are you here with your boyfriend?”

It sounds like a typical over-the-top beer brand gimmick, but the videos have a layer of genuine authenticity. The talking logo isn’t some slapped-on CGI Shock Top added in post-production – it’s a remote controlled animatronic creation. And the bravado-filled voice behind the playful character? It’s coming from a actor watching via a closed circuit hidden camera stream set up in a nearby van along with staffers from the brand’s ad agency, Anomaly.

Dave Douglass, partner and ECD at Anomaly, swears the videos are all “100% real,” shot with regular consumers in June at a bar called the Cadillac Lounge in Toronto and a depanneur in Montreal. He said the agency came up with the idea after the brand asked for an “unconventional campaign.”

Though the brand launched in Canada in 2012, this is its first full ad campaign and, according to Douglass, it was looking to build personality for the product. “A lot of craft beers take themselves too seriously,” he said, noting that the agency built on the irreverent, sunglass-wearing, wheatgrass-mohawked character, “Wedgehead,” from its packaging.

“This is a simple, refreshing, flavourful beer,” said Shock Top brand manager Sarah Newburgh. “We don’t need to talk too much about everything that goes into it. The beer speaks for itself. What better way to bring a personality to a brand than actually creating a person for it?”

With the debut campaign, the goal was to drive trial and attract attention. So far, it has accomplished the latter well, garnering 190,000 views for the videos in less than a week. In total, the brand created eight English language videos and 6 French language videos.

There’s more to come, too. Douglass said Shock Top will continue to post videos throughout the summer and the campaign will stretch into autumn. He said, however, there are no plans to cut any of the video footage into a TV spot.

Out-of-home ads in Vancouver, Toronto and Montreal accompany the video spots. For the OOH, Anomaly created voice-activated posters that say location-relevant phrases when consumers are close to the ad.