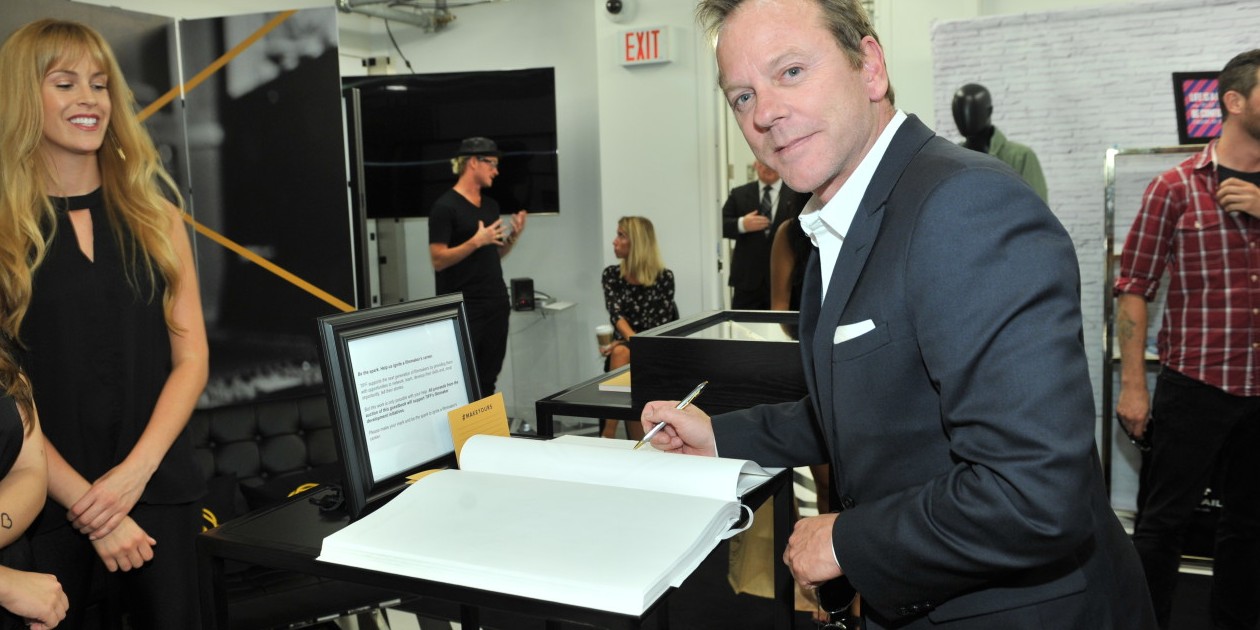 Toronto agency's gifting suite has its best year ever NKPR‘s IT Lounge was an it place to be during this year’s Toronto International Film Festival.

The public relations agency has released figures showing the lounge, which has operated for 10 years during TIFF, had its best year to date.

More than 180 celebs including Johnny Depp, Sarah Silverman, Jeremy Irons and Susan Sarandon attended the lounge during the 2015 festival, which, for the first time, was housed at TIFF headquarters in the Bell Lightbox.

In addition, the lounge’s hashtag #NKPRIT15 was trending on Twitter in Canada on its Sept. 9 launch, says NKPR president Natasha Koifman. The hashtag has been mentioned in 3,926 posts and by 1,185 unique users on Twitter and Instagram. Overall, it reached almost 4 million people and generated 10.5 million impressions, while media impressions have exceeded 75 million across North America.

“Those are really significant numbers,” Koifman says, noting that NKPR had seven people working on social media during the festival. “As a PR person, it often takes us a full year to create a program that delivers those kinds of numbers.” Reaching such numbers on digital and social media in a short time periods means the brands participating are getting quite a bit of value, she says.

For the last four years, the lounge has contained a portrait studio element to capture celebrities passing through and this year’s version once again featured photographer Caitlin Cronenberg, in partnership with W Magazine.

Also participating in the lounge, European retailer Tom Tailor made its North American debut and Barilla Pasta partnered with restaurants and chefs in the city to provide pasta dishes.

Saje Natural Wellness provided a suite of essential oils and Goody, which has been participating in the lounge for about five years, created a “goody bar” with hair accessories and styling tools.

Koifman says the NKPR IT Lounge will likely reopen next year at a site near the festival headquarters. The lounge, was previously located in NKPR offices around the corner from the Bell Lightbox. Moving into TIFF headquarters meant the lounge had less space for brand activations – about 800 sq. ft. versus 1,500 sq. ft. in previous years.

“Although the partnership was great and we love TIFF, one of the things we’ll be looking at next year is something that’s significantly bigger,” Koifman says. “The reality is in order to create some of these brand activations and experiences, you do need the space.”

The lounge got its start when client Timberland asked the agency to create a gifting suite so that its products could be seen with celebrities.

After the first year, Koifman says, “it was something that I remember thinking, ‘wow, this is something I’ll never do again.’ Because it’s a crazy amount of work. It’s like trying to create a pop-up shop in the busiest time. But it’s one of those things that we continue to do. Brands really appreciate it.”