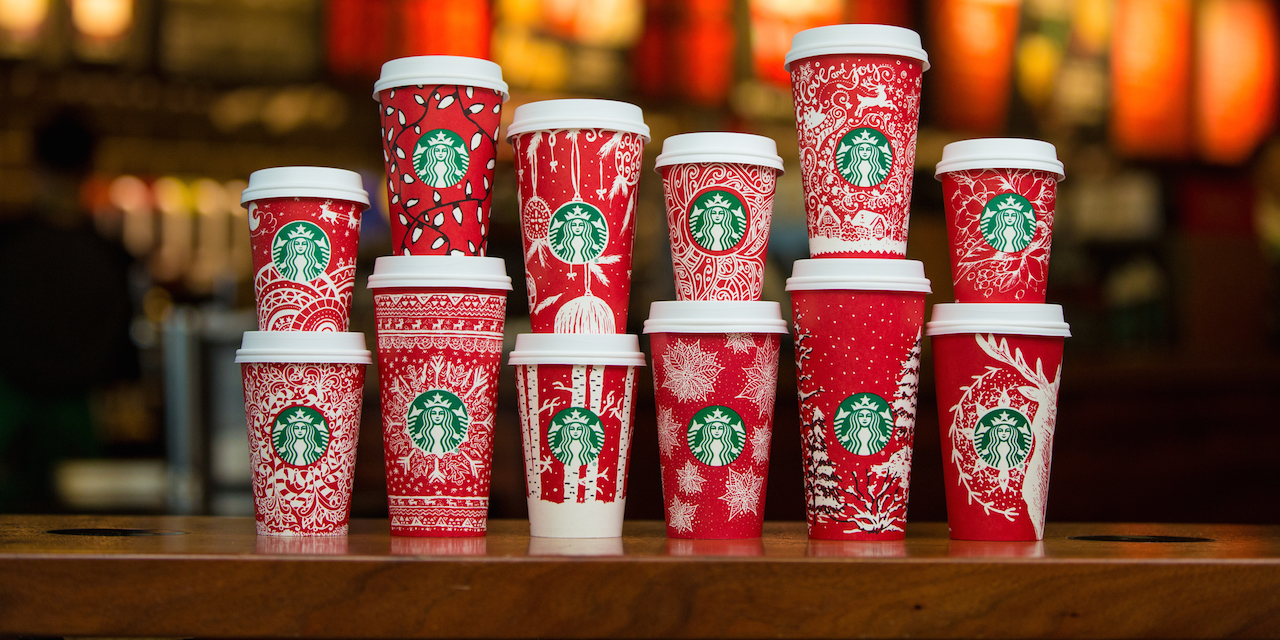 Nearly two decades after its 1997 introduction by Starbucks, the annual “Holiday Cup” has become a December mainstay among coffee drinkers, with other quick-service restaurant chains including McDonald’s, Tim Hortons and Second Cup all following suit in recent years.

Starbucks upped the stakes this year by releasing 13 different holiday cups, all designed by customers from around the world – including two people from the Toronto area – and leading to a possible “collect-them-all” mentality among customers. The crowd-sourced designs come a year after the Seattle-based chain’s controversial decision to introduce a minimalist red cup, leading some to accuse it of “waging a war on Christmas.”

Tim Hortons has also introduced a series of cups with designs including snowmen, nutcrackers, elves and reindeer, while Second Cup has introduced three designs, each bearing a single word: “Peace,” “Love” or “Joy.”

McDonald’s released only a single holiday cup design this year, which Jeff Doucette, general manager for Field Agent Canada, said is somewhat at odds with the emphasis it has been putting on its coffee in recent years.

“It seems like they missed the boat a little bit on a slight modification to their cup,” said Doucette. “It seems like a missed opportunity.”

Customer feedback included: “I appreciate the detail of the Starbucks cups. Makes me want to go back and hope I get a different one each time,” “Holiday red is the best design. Starbucks is very traditional and incredibly well designed,” and “the Starbucks cup designs are very bright and festive.”

People who voted for Tim Hortons’ cups said that the chain “nailed it,” and offered more of a Christmas feel, as opposed to a “generic holiday feel.”

Another “field agent” praised the sentiment of the Second Cup’s holiday cup, but penalized the chain for making its cups blue. “The words speak totally of the season, but the colour was totally out of season,” they said. “I would have ranked them first if the cups had been red.”

Doucette said that holiday cups have gone from being a “nice to have” element to a key part of the major coffee chains’ holiday marketing efforts, generating both extensive press coverage and social media shares. “It’s some great advertising that everyone’s carrying around in their hands,” said Doucette.