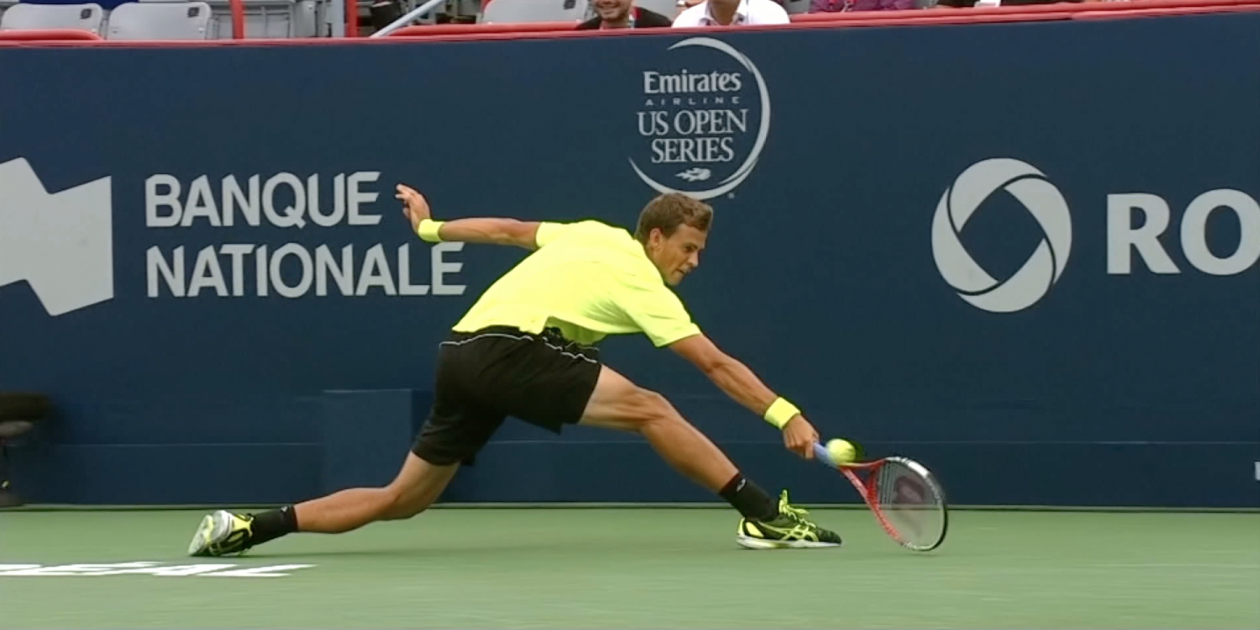 Tennis Canada serves up a new brand and national campaign

Multi-media campaign from Revolution urges Canadians to "Live the Moment" Toronto marketing firm Revolution is putting a new spin on Canada’s national tennis organization, with a multi-media campaign that urges Canadians to “Live the Moment.”

The fresh branding strategy for the 125-year-old tennis organization comes amid renewed mainstream interest in what’s long been considered a niche sport in this country. And as young, photogenic Canadian stars such as Milos Raonic and Eugenie Bouchard win big internationally, the timing couldn’t be better.

“With two Canadians ranked inside the top 10 for the first time ever … and more than six million Canadians having played the sport in the last year, tennis has never been more relevant,” said Mark Healy, Tennis Canada’s chief marketing officer.

The campaign, which is rolling out in television, print and digital next month, aims to inspire and excite by linking some of the world’s top players to the amateurs who play at courts and clubs across the country.

In many ways, the rebrand—which follows the development of a new logo a few years ago—is all about serving up accessibility, said Marcus Wiseman, partner and strategic lead at Revolution.

In fact, Wiseman said the rebrand aims to bring “an entirely different attitude” to the sport.

By contrast, Wiseman said tennis has been seen as a niche sport in our country, with the game’s top names known only to “insiders.”

But with growing international success over the past few years, Revolution wanted “to have Canada recognized as the world-leading tennis nation that it is,” said Wiseman.

The print visuals show big Canadian stars in the heat of the match, and likewise, the video spots feature tournament clips of Raonic and Bouchard overcoming adversity and winning big points.

The real trick of the campaign, however, is how the creators match up the big league footage with that of regular Canadians doing their best on the court.

“Our insight was that tennis is one game composed of a million moments, so we set out to capture the spirit and emotion of the sport by focusing on some of those millions of universally recognizable moments.”

And as anyone who’s ever picked up a racket can attest to, a tennis match is a mixture of positive negative emotions—especially when you double fault too many times.

“Pro or amateur, young or old, every player and every viewer recognizes moments of anguish, moments of fear, moments of elation and victory,” said Wiseman.

Some of the ideas for the strategy were developed through a social campaign that ran last fall, where Canadians were asked to share what the sport meant to them. The result was a handful of key themes: Grace, honour, passion, discipline, respect and perseverance.

Revolution started strategic planning and conceptual work on the Live the Moment campaign in December, shortly after winning AOR status.

Wiseman couldn’t say how many other agencies were vying for the job, but said Tennis Canada was “very, very thorough” during the courtship phase last year.

“They looked at broad selection of brand, creative, digital, and experimental agencies and built, what CMO Mark Healy euphemistically refers to as his ‘agency consortium,’” he said.

Previously, Toronto’s Bensimon Byrne worked with Tennis Canada, but the company did not hold AOR status and instead worked on a project-to-project basis, said Wiseman.

Rain Communications oversaw the website creation and will handle social media for the campaign, which will go live on March 2—only a few days before Canada meets Japan at the Davis Cup on March 6.

umm, that song sounds a bit familiar no. Oh yes, here it is.