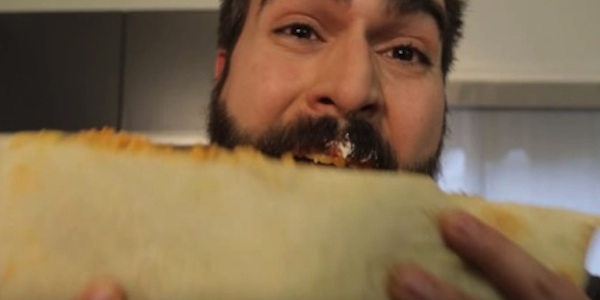 10 of this year's most successful content hits from Canadian brands

2015 was the year that content marketing moved from experimental to fundamental and nearly every major publisher and brand discovered the power of stories. As a comparison point, in 2014 Pressboard saw just over 100 custom stories created through our marketplace. In 2015 that number quadrupled.

Here are 10 of the best examples of brand content partnerships from the last 12 months: You just knew at some point Taco Bell and Epic Meal Time were going to get together. Well they did, and it does not disappoint. The guys step up to make their own humungous version of the Quesarito. Kudos to Taco Bell for letting the calorie counters, edgy jokes, and over-the-top feasting that Epic Meal Time’s subscribers crave shine through. Telus known as one of Canada’s leading telco’s, however, when it started to carry fitness wearables they needed to attract a new audience made up of runners, cyclists and amateur athletes. The content partnership combined Canadian Running’s fitness pedigree with Telus Health Tech Trainer’s technology chops. The resulting piece on what to track, how to track it, and why it matters is a prime example of educational content that helps more than it sells. The “Plan Your Perfect Summer Soiree” series profiles a restaurateur, an event planner and a bartender as they provide tips on how to host a fantastic summer party. The Grey Goose brand is seamlessly integrated through drink selections, while a blend of video and Q&A keep the content fresh for the reader. While British Columbia probably isn’t the first place that comes to mind when planning an island getaway, the province is blessed with several unique island destinations from Bowen Island to Tofino. The British Columbia Honda Dealers helped BCLiving’s readers find their #HondaHappiness by Island Hopping through the eyes of a B.C. family as they uncover hidden gems in their Honda Pilot. Nova Scotia is having a culinary moment with an amazing farm to table movement, world famous lobster and Canada’s first winery, craft brewery and distillery trail. To attract its neighbours to the south, Destination Canada (formerly Canadian Tourism Commission) partnered with Boston Magazine to tell the culinary story in a way that encouraged native Bostonians to make the 90 minute flight across the border. Ford and Notable partnered to showcase young entrepreneurs in Toronto, Montreal and Vancouver as they pitched their business ideas in an effort to win $10k to fund their start-up. The competition was a mix of Dragons’ Den, The Amazing Race and The Apprentice to award young Canadians for the passion and overall drive to give back to the community, which aligns with Ford’s core objectives. In a unique partnership, which essentially created a brand content site within a site, Tourism Kelowna leveraged VancityBuzz’s hyper local audience and massive social following to highlight the best things about Kelowna. The KelownaBuzz series included over a dozen posts, everything from foraging for fresh food in the Kelowna countryside to 6 Kelowna residents who made it big. A first for the financial native category on G&M, the custom BMO content hub coincided with the relaunched Report on Business. The series tackled 10 different real life financial issues the BMO Wealth Management boomer target is currently experiencing in their investment life; from “How much of my child’s wedding should I be paying for?” to “When should I start planning for my own death?”

Indochino + Gothamist: Where to Wear

Indochino, a Canadian maker of custom suits and shirts, is a relative newcomer to the U.S. market. The fashion company partnered with Gothamist to give local context to their affordable couture. Pairing local NYC haunts with the right suit for the venue and occasion gave readers a reason to diversify beyond their one-suit-for-weddings wardrobe. Today, less than 10% of kids are spending time outside; Nature Valley believes it’s time to change that. Through a series of content partnerships, ideas are planted with a generation that remembers a childhood spent more with real treehouses than the specialty channel by the same name. The Explore Magazine piece inspires parents to spend a night under the stars with their children, learn to fish, build a fire and reconnect with nature. With over 2,400 shares, 10,000 reads and an average time spent of over 4 minutes, the story definitely struck a chord.