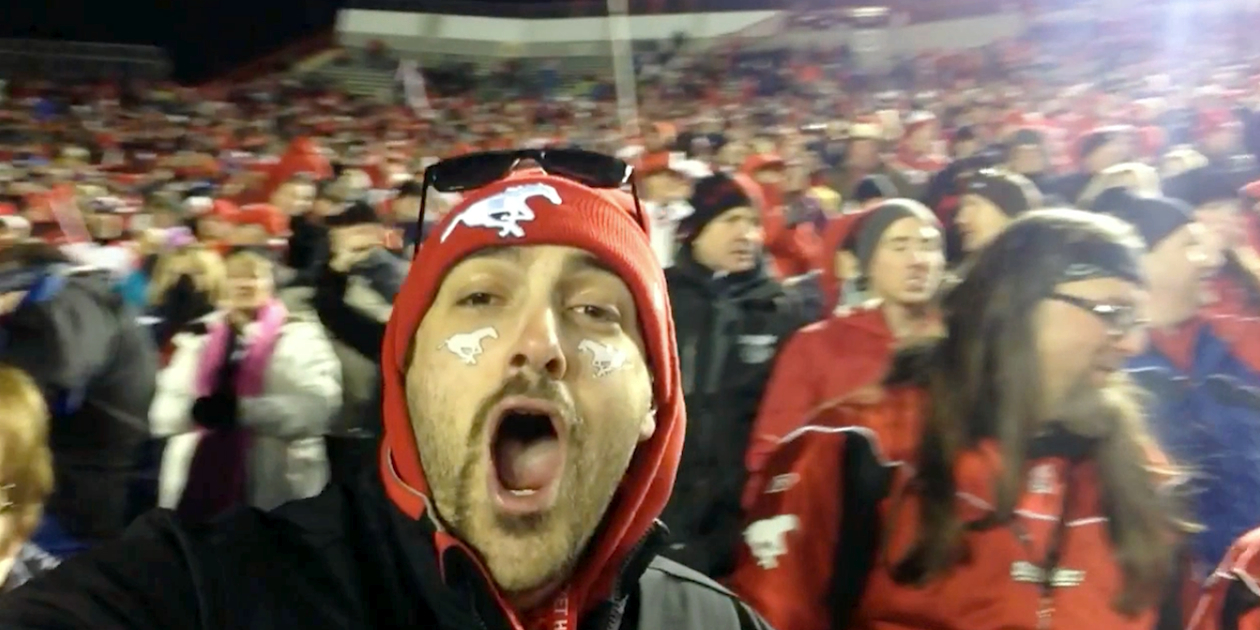 The CFL made a fan-created Grey Cup ad

The 60-second spot will air during the Grey Cup broadcast

The CFL is giving Grey Cup TV viewers a glimpse of what ticket holders have seen in the weeks leading up to the big game with a new 60-second spot that will air during the Nov. 30 broadcast.

Created by Bensimon Byrne, the spot is the result of an open call for fan video submissions the CFL pushed out through its social channels and a partnership with TSN on Nov. 16. In less than two weeks, the league received over 2,300 videos via YouTube, Twitter, Facebook and Instagram.

Those videos were then curated and stitched together by Bensimon Byrne to show the CFL’s in-stadium experience and the level of excitement around games. The ad features some of the biggest plays of the season, as well as action off the field: fireworks,roaring crowds and fan selfies.

The CFL is up against stiff competition from other sport leagues with international presences like the NHL, MLB and, of course, NFL. To play in that marketplace and convince consumers the CFL is on the same level, Lorne Covant, associate creative director at Bensimon Byrne, said the CFL had to show consumers how exhilarating games are, rather than tell them.

He said the best way to do that was by using the fans themselves. By tapping social content from the league’s biggest fans, he said the agency was able to create a spot that was relatable and, more importantly, believable.

“When you see [advertising] coming from real people, from their own perspective, their own imagery that they’ve captured themselves – the kind of stuff we’re used to seeing from our friends and peers on social media – there’s an inherent authenticity,” he said. “At that point, the barriers are down. You’re not thinking, ‘This is an ad. This is someone trying to manipulate my opinion.’ It’s just someone’s general experience, and at that point, it becomes relatable. It becomes more real.”

Dave Thornhill, a copywriter at Bensimon Byrne who worked on the campaign, added that he hopes the ad portrays the league in a way consumers haven’t seen before: as a savvy, socially minded brand (something the league has been keen to do lately).

“It frames the league as forward thinking,” Thornhill said. “It’s not just your uncles or grandparents who watch this league. This is very much a league that’s connecting with a young audience, is engaged with a young fanbase – the kinds of fans who are active on social media and have phones out capturing these games.”

“The CFL is embracing its social side, both through online social networks by creating ad sharing great content and through demonstrating the fantastic social environment on game day in our stadiums,” said Sara Moore, vice-president of marketing at the CFL. “Our fans are at the centre of that social experience; we want them to share in that great experience both physically and virtually and this ad allowed us to perfectly marry the two.”

The media for the spot was handled directly by TSN, the CFL’s media partner. There are no plans to re-air the ad after Grey Cup, though the CFL will be uploading the spot online.

The song featured in the ad is “Radioactive” by Imagine Dragons.