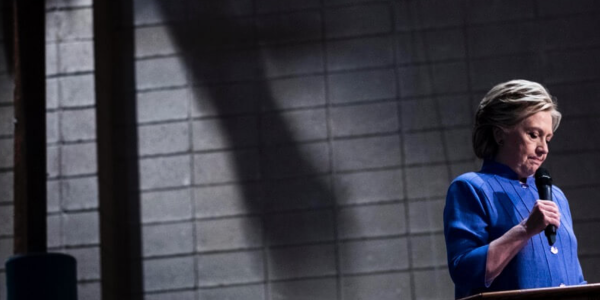 The marketing lesson from the U.S. election: Data is stupid

Analytics has value, but don't let what happened to Hilary Clinton happen to you

It seems insensitive, somehow, to be asking so soon what this week’s stunning U.S. presidential election outcome has to teach marketers. And yet once or twice in a generation, from Kennedy’s use of television to Obama’s of social media, these things have a way of being watershed events in the evolution of this craft. Better to ask the question while it’s all still fresh, before the events still ahead eclipse this moment and people have time to concoct their excuses. So here it is, the one thundering lesson of this election for the future of business: data is stupid.

The Democrats’ bet on data analytics during this campaign verged at times on smug hubris. The name of Elan Kriegel, the campaign’s director of analytics, wasn’t one we heard much in the heat of battle, but the influence of his team’s work was apparently pervasive. The campaign was often characterized as “data-based”, with algorithms directing most strategic decisions, including what to say, where, when and to whom.  “[It] has guided almost every aspect of what we do,” said Clinton campaign manager Robby Mook in one interview, calling data analytics “the invisible guiding hand.”

That alone wouldn’t prove data was stupid if the enemy was doing the same thing with it. But they weren’t. In fact, Trump said early and often that big data was “overrated”. Though swaggering Dems mocked his position, and Hillary’s data strategy had roots in Obama’s vaunted digital marketing legacy, Trump insisted, “Obama got the votes much more so than his data-processing machine [did]. And I think the same is true with me.” He was right. And so, to the steaming heap of speculation about how this happened must be added the fact that the person who lost relied on math, and the person who won relied on emotion.

It’s at this point I guess I’m supposed to say that algorithms have their place, but I’m not feeling it today. I can’t imagine a more comprehensive repudiation of data analytics as the future of marketing than what happened on Tuesday night, and we marketers are damned fools if we don’t think long and hard about the faith we’re placing in machines to do our jobs for us. It’s time to stop pretending the consumer can be optimized. The best we can do, the best we have ever been able to do, is to listen to them. It’s time marketers got out from behind their monitors and back on to the streets, where the truth has always been.

This article originally appeared on CanadianBusiness.com.