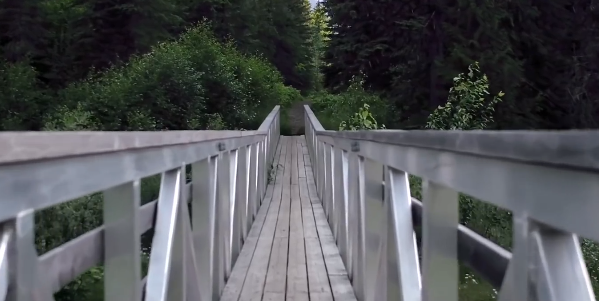 The Trans-Canada Trail has become The Great Trail as part of a rebranding effort for the world’s longest trail.

“We wanted to claim our stake and say ‘this is the greatest trail in the world,’” says Danielle St-Aubin, vice-president, marketing and communications at Trans-Canada Trail in Montreal.

“Trans-Canada Trail is known by pockets of individuals, but not on a larger scale,” she says. “That’s why this new brand platform was created.”

A digital campaign aims “to refresh and rejuvenate the brand” which has been around for about 25 years, and makes it “simple, iconic and aspirational.”

The five-week campaign began on Sept. 1 and includes a 60-second YouTube video that begins with a woman shouting “hello” at the Lachine Canal in Montreal and goes on to show beautiful scenes of the trail. It ends with a man shouting “hello” from the other end of the country and ends with the tagline “Discover it. Use it. Treasure it.”

Banner ads with phrases like “Arrive in Toronto tired and dirty” or “This is the opposite of first class” are appearing on Google Display Network and sites such as The Weather Network/MétéoMédia. They’re aimed at driving people to the website to see the trail map and its closest location to them.

St-Aubin says the rebrand emphasizes the horizon, the one element all the trails that comprise The Great Trail network have in common. “No matter where you are on the trail you are connected to someone else, over the horizon.”

Currently at 20,770 km., The Great Trail includes new and existing trails such as the Confederation Trail and La Route Verte.

The campaign also seeks to remove some of the confusion as what the trail is about and “create a sense of inclusion that all of these trails form The Great Trail of Canada.”

Until now, the focus has been on creating the trail and “we haven’t been putting much funds and resources into branding nor into advertising.”

A digital media strategy was chosen because the non-profit “needed to make sure that our investment was as effective as possible.” The campaign was created at discounted rates by Tank in Montreal. Carat handled media buying.

The campaign’s strategy of creating video visibility through preferred placement on YouTube has “blown past” its goal of slightly more than 8 million impressions, St-Aubin says.

As of Sept. 20, the campaign had generated 19.7 million impressions and 149,032 clicks for an average click-through rate of 0.75%. There have also been several blog posts and media requests from as far as New Zealand.

A Brand Lift study measuring the impact of the YouTube ad found 70% of users remembered the ad after a week. Brand recall increased by 130% after users saw the ad twice.

In addition to the digital strategy, Cineplex Odeon theatres will air a 30-second version of the video for a month starting in late September, while The Globe and Mail runs an annual eight-page spread in addition to monthly ads for The Great Trail.