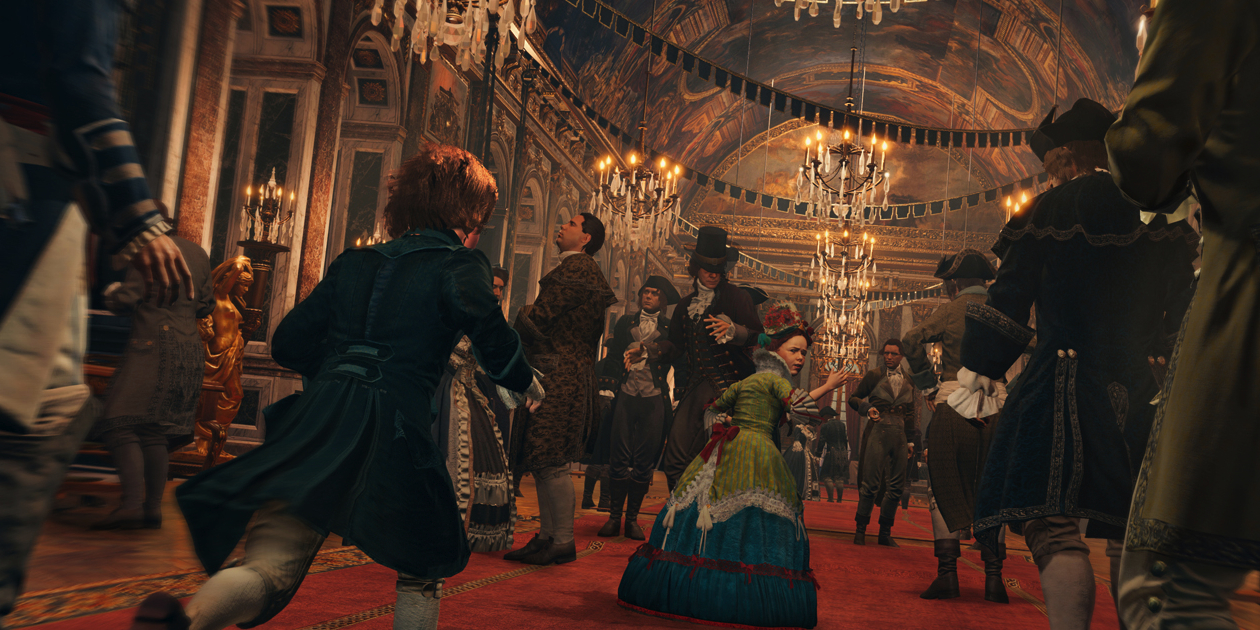 On Wednesday night guests at Toronto’s Liberty Grand were greeted by a white chariot and a pair of matching white horses.

Inside the doors: soldiers carting French flags, portraits of Louis XIV and a guillotine — all set dressing for a party Ubisoft Canada threw to preview its latest blockbuster release, Assassin’s Creed Unity, due out in Canada Nov. 11.

The theatrics were a nod to the French Revolution, the game’s setting. The event was handled by Ubisoft Canada, its PR agency, North Strategic and events agency Czar Media.

The idea, according to Ubisoft Canada’s PR manager, Jeyson Acevedo, was to create an experience around the game’s themes, rather than simply inviting a few journalists and fans to test it out.

“It’s really about bringing a real life experience to consumers,” he said. “We want them to leave not only knowing about the game, but also a bit about the French Revolution.”

“It was such a visceral time,” he continued. “We wanted to do it in a nice venue and have an orchestra. No DJs, nothing like that.”

Before the doors were opened to the public (it was advertised on Facebook and Twitter and attended by about 700 consumers), Ubisoft invited 40 journalists, bloggers and YouTubers to talk to the team behind the game. On hand were developers and Laurent Turcot, a French historian and professor at Université du Québec à Trois-Rivières, who was one of two external researchers consulted during the game’s development.

Before the event Turcot also spoke to press in Montreal, Ubisoft Canada’s homebase, like Radio-Canada, and international press like Fast Company. Ian Buck, who led the PR efforts at North Strategic, said offering journalists sources like Turcot helped Ubisoft craft an angle that was cultural rather than game-oriented, attracting attention from the mainstream press.

While gaming writers got hands-on demos and interviews with developers, Buck said the historian attracted outlets that don’t do reviews, but were willing to cover the launch from a cultural and entertainment perspective.

Turcot provided input on the set dressing, too. Seated on a couch at the event, he pointed at a soldier carrying a sword. “He’s actually very accurate,” Turcot said. He said the female actor styled like Marie Antoinette nearby was true to the period, too, noting her foot-high wig was a clear sign she was from the king’s court and not a commoner.

As for the giant guillotine, built by Ubisoft and its creative agencies? The brand took some liberties.

A guillotine in 18th century France would have been much smaller, Turcot said.