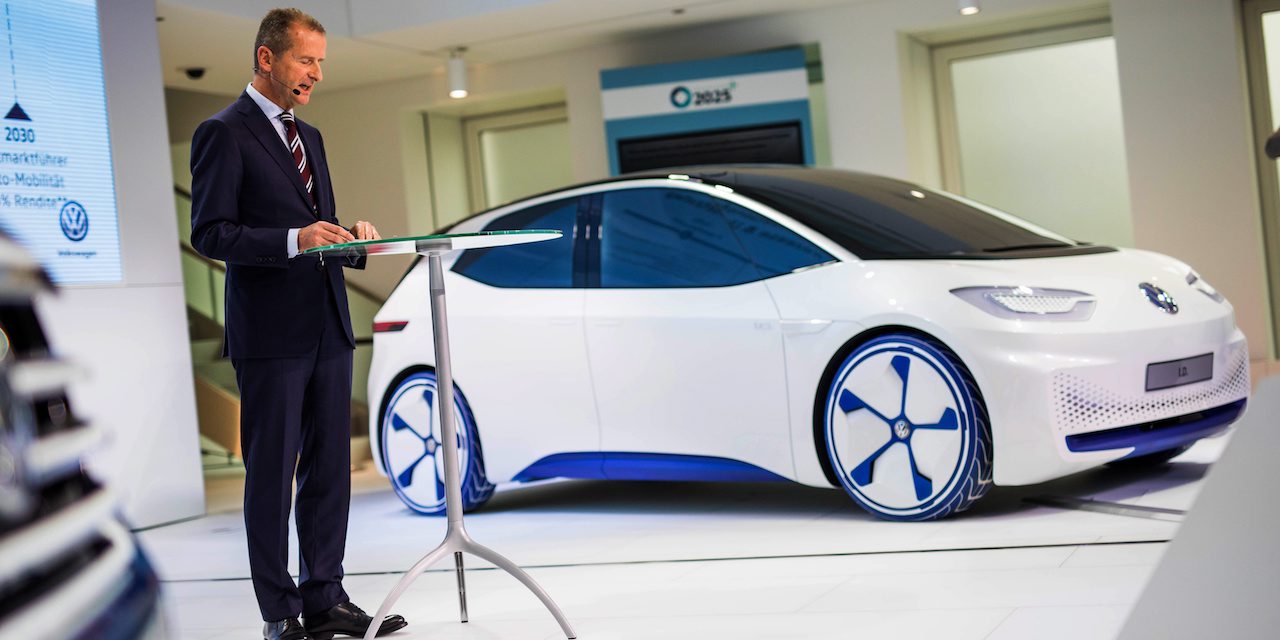 Volkswagen hopes to bounce back from its diesel emissions scandal with a shift in focus to more battery-powered cars, digital services such as ride-sharing, and more SUVs for the U.S. market.

Herbert Diess (pictured), the head of the Volkswagen core brand, said Tuesday at a news conference that the goal of the Transform 2025 plan was “to fundamentally change Volkswagen” as it tries to overcome a crisis over cars it rigged to cheat on diesel emissions tests.

He said the company would also “massively step up” its capacity to develop software, aiming to create industry-leading programs and hardware systems for digitally connected and autonomous cars by 2025.

Another element of the plan is increasing sales in the U.S. by introducing products that are more appropriate for the market, such as more SUVs and larger cars. This year, Volkswagen-badged cars have only 1.8 per cent of the U.S. market through October, badly lagging competitors such as General Motors, Ford, Fiat Chrysler and Toyota.

Diess also said the company would start making electric vehicles in the U.S. by 2021. Currently Volkswagen makes Passat sedans at its plant in Chattanooga, Tennessee.

“For years, a concept for success in the U.S. has been lacking,” Diess said at the company headquarters in Wolfsburg, Germany. He said the group had been “not on the bandwagon” for shifting market trends there.

He said regional managers would get “more local responsibility” to make decisions and meet local conditions.

The plan for the Volkswagen brand follows Friday’s announcement that the division would eliminate 30,000 jobs, of which 23,000 in Germany, and create 9,000 new positions focused on new technologies.

Diess said the company aims to raise profit margins on sales to 6 per cent by 2025, from just 2 per cent in 2015. Profitability at the Volkswagen brand has lagged due to its higher cost base, the result of a strong role for employee representatives. They have half the board seats, and are generally supported by the government of Lower Saxony, which holds a stake in the company. Partly as a result, Volkswagen Group makes most of its profits from its luxury brands Audi and Porsche.

The company struck a deal with its workforce, which agreed to the job reductions through voluntary means such as early retirement over a period of years. In return, employees won a commitment to locate new technology development and manufacturing in Germany.

Volkswagen has agreed to pay $15 billion under a settlement with U.S. authorities and car owners over cars equipped with software that turned off emissions controls under normal driving conditions. The scandal has served as a spur for the company to shake up its management culture and address longstanding issues such as the cost question in Germany.

Electric cars remain only a small fraction of the global market. Yet major automakers are investing heavily in battery power vehicles as they position themselves for a time when increasing range and falling costs tip the balance and make consumers more interested. Along with electric vehicles, automakers are working on vehicles that take over more and more functions from the drivers, and on new ways of using and owning cars such as app-based ridesharing and carsharing.