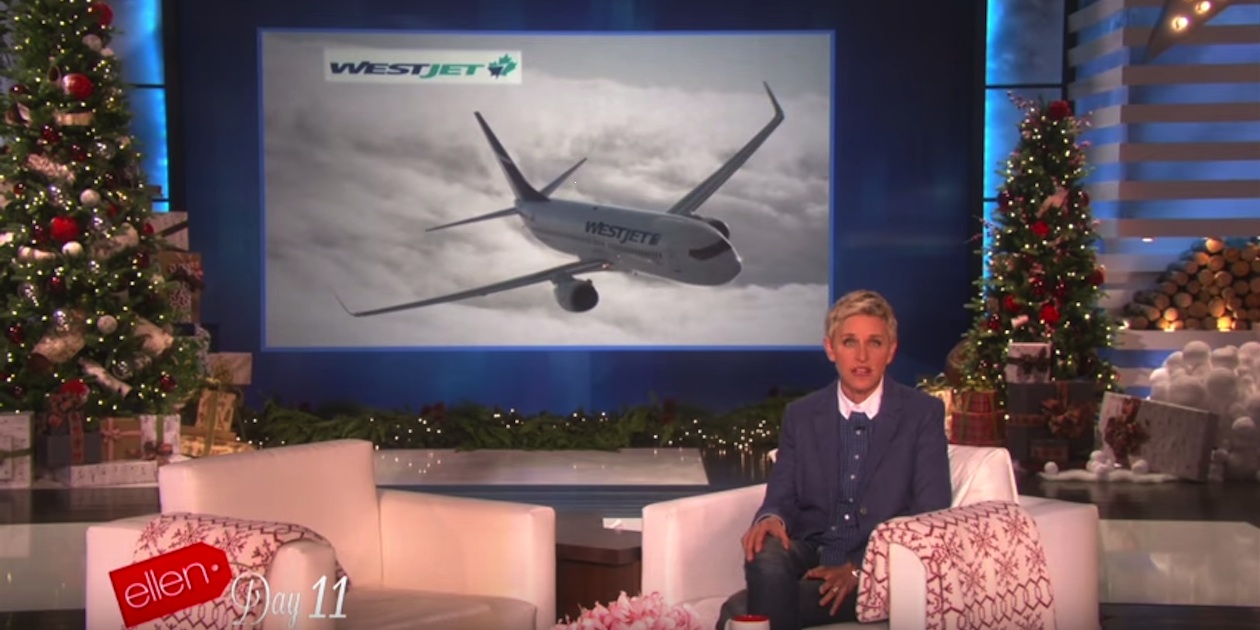 Last week WestJet staffers hit the streets in nearly all of its destination cities with a mandate: spread Christmas cheer.

As Marketing reported, the airline tasked its work force with completing 12,000 good deeds – one for every WestJetter – in just 24 hours. Along the way, the brand’s marketing staff and agency partners tracked each good deed in a war room set up in WestJet’s Calgary’s headquarters.

A week later, the brand has released a five-minute video documenting the day of good deeds, which span from offering blankets to homeless people to sending a war veteran and his family on vacation. The brand even swung by The Ellen DeGeneres Show to gift tickets to Vancouver to the audience.

The Studio M-produced video also features a cameo by WestJet sponsorship and experiential team lead (and 30 Under 30 alumnus) Greg Plata, who dons a WestJet-blue Santa hat and serves as narrator in the ad’s intro.