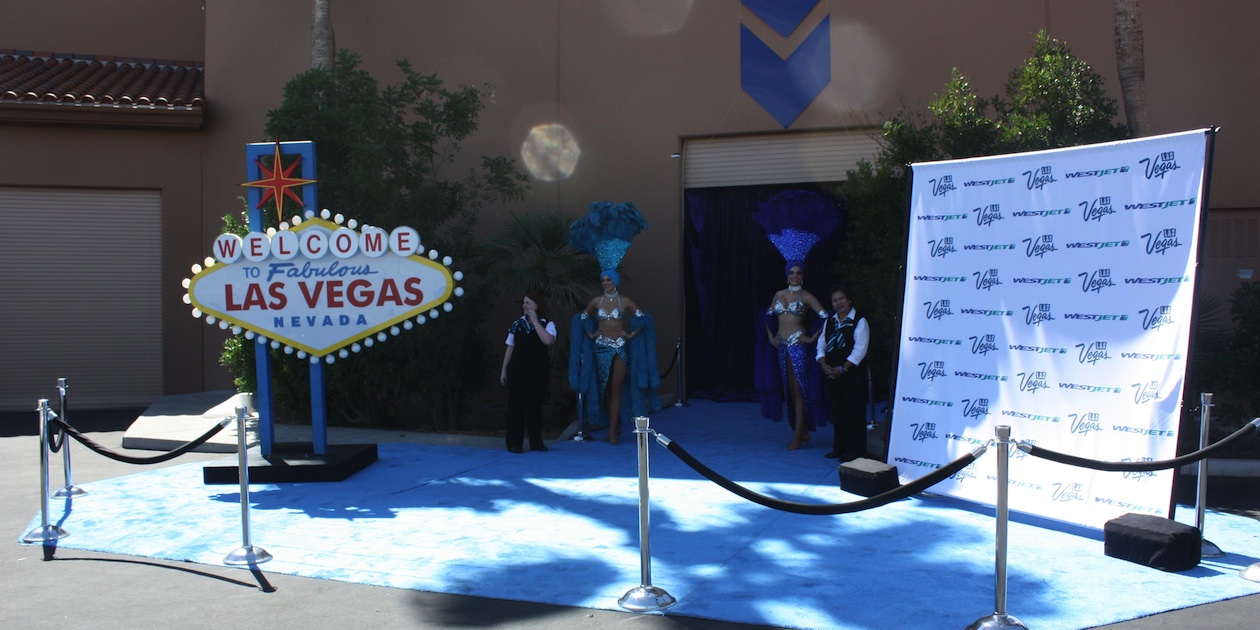 WestJet hopes to hit the internet jackpot with new stunt

Passengers aboard WestJet flight 1116 knew something was up when they landed in Las Vegas Sept. 25 and comedian Carrot Top boarded the aircraft.

The Vegas headliner offered passengers arriving from Toronto a choice when deplaning: in the airport terminal they could take a red carpet to baggage claims or a blue carpet to a surprise adventure. Approximately 91% (or 150 passengers) on the sold out flight chose the blue carpet adventure.

As cameras trailed the passengers, it quickly became apparent they were on the set of a WestJet television commercial. Volunteers whisked the customers through security and out to a line of buses. In the lineup, Brigitte Boucher, who was traveling to Vegas to celebrate her fifth wedding anniversary, reminded her husband of WestJet’s “Christmas Miracle: real-time giving” stunt.

“Everything you wished for from Santa Claus, WestJet gave you,” she said. “So…we’ll see!”

Videos like these are now a cornerstone of the company’s marketing and are as identifiable to consumers as WestJet’s teal and blue brand colours.  The company’s first big foray into content was its 2012 “WestJet Christmas Flash Mob,” which earned a healthy 1.6 million views, but things really took off the following year with “Christmas Miracle,” a runaway hit that pulled in over 41 million views.

WestJet now releases at least one content hit a quarter. The latest, released Monday, is another twist on the surprise and delight formula consumers have come to expect from the Calgary-based airline.

Greg Plata, team lead for sponsorship and experiential marketing at WestJet, said the campaign was designed to solidify the airline’s lead as the number one carrier into Las Vegas.

The latest video documents the super-sized Las Vegas experience that awaited guests at the end of WestJet’s blue carpet. The bus dropped guests off a few kilometers away outside an airport hangar that had been transformed into a showcase of Las Vegas talent.

First was a local drumline, then a set by the comedian and ventriloquist Terry Factor, performances by both Cirque du Soleil and the Jabbawockeez dance crew and a set by one of the city’s resident DJs Mark Stylz. The extravaganza culminated with an explosion of blue streamers. 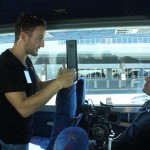 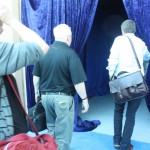 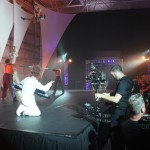 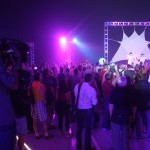 After the event, passengers were given gift packs worth $600 including passes to the Life Is Beautiful music festival and tickets for Cirque du Soleil. Three groups chosen to be featured in the ad were also given hotel upgrades and experiences like a helicopter ride around the city.

According to Caroline Coyle, vice-president of brand strategy for the Las Vegas convention and visitors authority (LVCVA), WestJet flies more visitors to Vegas than any other carrier and was the first airline to reach one million passengers into the city.

The LVCVA, which runs LasVegas.com, co-produced the ad, sharing costs with WestJet and providing the entertainers free of charge via its local contra relationships. The ad even borrows a LVCVA tagline: “What happens here, stays here.”

The ad was shot and produced by Studio M, in partnership with LCVCA’s agency, R&R Partners. Plata said the video is WestJet’s biggest production for a content marketing piece to date and an especially difficult stunt to capture on film.

With three stages and a crowd of consumers, the brand needed to simultaneously produce a live event and film a commercial. From the moment the director, Mark Bone, called action, the cameras kept rolling for 45 minutes until the stunt concluded with no re-shoots or breaks to set the scene for optimal shooting.

To capture everything as it happened, the crew used 10 cameras including a crane, three roaming shooters, a steadycam and four GoPros strapped to the ceiling. On set the day before the shoot, Bowe went through the ad shot by shot with each camera operator, giving everyone a specific list of shots to capture. 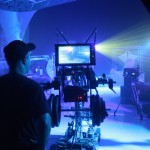 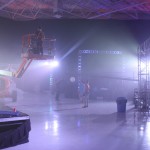 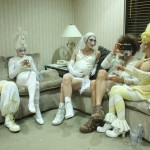 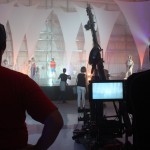 Though the ad was storyboarded, Bowe told Marketing he knew plenty could change once the hangar filled with WestJet customers.

“It’s kind of like The Netherlands, where they chuck the cheese down the mountain and they all run after it,” joked Simon Shohet, the ad’s director of photography.

“Except the cheese is a plane full of people,” Bowe laughed.

On the brand side, WestJet’s facing a different challenge: the battle to stay relevant in a space it has mastered. There’s no doubt its content marketing has been a boon for the brand — after “Real-time giving” WestJet saw site traffic increase 100%, bookings increase 77% and revenue increase 86% — and because of high views and lifts in brand perception, it has doubled down on its content marketing efforts.

But, a brand can only throw so many “surprises” before an idea becomes tiresome. Plata admitted to internal debates around Christmas Miracle and whether or not the concept is stale.

“That’s the battle this year: do we or don’t we,” he said. “The [holiday] space is very competitive. We saw a lot of brands come to the table last year with some great stuff and inserted themselves into the conversation. We no longer own that space as we did.”

For 2015, at least, the brand plans to carry on with tradition. While details are under wraps, Plata said WestJet is planning another “Miracle” initiative and looking for ways to keep the concept fresh.

“People are expecting it, so there’s not a surprise element to it. We’ve lost that, but it’s a great feel good story and it’s positive for brand health,” he said. “We still feel it’s a relevant space and we’re not yet redundant.”

Before Plata and his team enter the holiday frenzy, they have plenty of work to do pushing the Vegas video into consumer consciousness. A media buy from Media Experts is supporting the video, which will be the brand’s first video to run in the U.S.

The brand is hoping for another multi-million view count online, but it’s also banking on positive word-of-mouth and social impressions from the customers who experienced the stunt in person.

On the ground, the customers chosen to be featured in the ad were certainly converts. After the crowd had cleared, six friends were still clutching drinks and taking pictures with the hired showgirls. One, Sara Payne, offered her take on WestJet: “What they do is unlike anything out there. There’s no other airline that would ever do this.”

Payne and her party were the final group to catch their limo out of the airport. After they piled into the vehicle and the camera caught the door close, they jumped back out clutching their phones and insisted the flight attendants take a group photo with them.

Instead of cheese, they all shouted “WESTJET!”