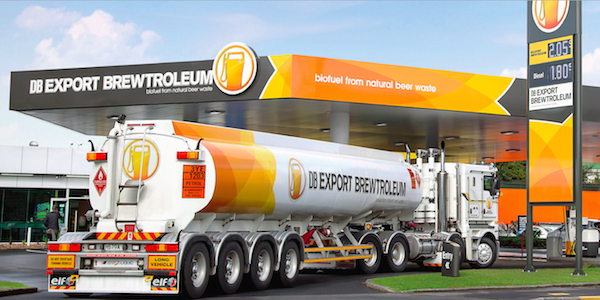 No wins for Canada in the Outdoor competition

“Brewtroleum” was a multimedia campaign for Heineken’s DB Export brand built around a beer production innovation that saw 300,000 litres of high octane biofuel produced from 58,000 tonnes of yeast slurry, a bi-product of the beer brewing process.

Because the Brewtroleum emits 8% less carbon than traditional petroleum, DB Exports told consumers they could save the planet by drinking the beer. At a time when beer sales were falling by 6% in New Zealand, DB Export sales jumped 10%.

At the press conference to announce the winners Tuesday, jury president Ricardo John, chief creative officer at J. Walter Thompson, Brazil, talked at length about how much the outdoor medium has changed in recent years.

“It used to be a display category,” he said. But, today when outdoor has to fight with devices and tablets for consumer attention, it has to become much more interactive and grab attention in different ways. “Right now it has no boundaries where this category can go.”

He said Brewtroleum was their Grand Prix because the DB Export gas stations “makes this category go even larger,” while also solving a real business problem for a big brand.

“How can you make people drink more beer,” he said. “These guys, they manage to do this. They managed to claim that if you drink more beer you can save the world. So that is the highest proposal I have ever heard in my advertising career. And the most valuable to me because I do love beer.”

Once again this year, the Outdoor Lions was the International Festival of Creativity’s most entered competition with 5,365 submissions (up from 5,037 last year), of which, 495 were shortlisted Monday including work from Taxi, Sid Lee and Cossette, but none of them were awarded a Lion.