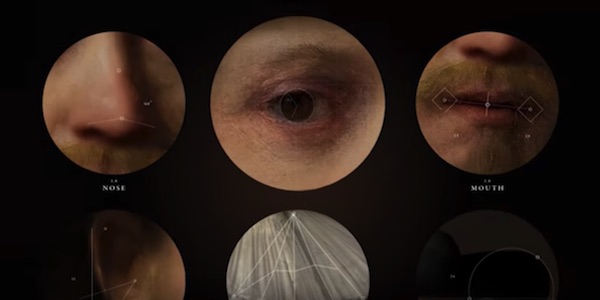 A Grand Prix winner in the Cyber competition at the Cannes Lions International Festival of Creativity this year was a work of art… literally.

“The Next Rembrandt” from J. Walter Thompson Amsterdam for client ING was one of two initiatives to take home the top honour Wednesday night.

It was a good night for Leo Burnett, with its Toronto office picking up a Bronze Lion for “Printed by Somerset” in the website category, adding to its win in the Design competition earlier this week.

It wasn’t, however, a great night for Canadian work in general. In all, seven entries made the shortlist but Leo Burnett Toronto was the lone Canadian winner.

“Cyber really indicates where things are going and Canada spent a lot of entries in where Cyber was,” jury member Brent Choi told Marketing following a press conference announcing the winners.

Printed by Somerset, a website used to demonstrate a printing company’s breadth of products and services, earned Leo a Lion because the agency clearly thought differently about its use of the online medium, which is part of what the jury was looking for in a winning entry, he said. It was also the only Lion awarded in the Website category this year. “Leo got the highest website award because they approached it differently and using the mediums differently — hacking it is the term we’ve been using — helps you elevate your work to be contending,” he said.

Asked how Canadians could raise the level of their Cyber work, Choi suggested agencies present relevant winning work from this year’s competition to their clients. “Show them this is the type of work you can do and the type of results you can get.”

However, competing in Cyber  will only become more difficult as the quality of submissions grows with each year. Jury president Chloe Gottlieb, SVP, executive creative director, R/GA, Global, has judged the category three times in the last few years and was amazed to see the how the work has improved year over year.

“The quality of work was such a level that it’s digital nature disappeared and the best Cyber work is work where you don’t see the technology,” she said. “It becomes invisible and there’s a seamless experience that goes between the physical and digital worlds to the point where you don’t event know it’s there. It’s like magic.”

Both the Grand Prix winners embodied this. The Next Rembrandt is the result of data scientists, software developers and engineers coming together to recreate the famous Dutch painter’s style. Rembrandt’s body of work was analyzed, using 3D scans to capture the data and then a 3D printer to create the actual painting.

When asked how The Next Rembrandt, which also won Grand Prix in Creative Data Wednesday night, related to a bank brand, she said innovation is one of ING’s brand pillars.

“It doesn’t necessarily relate to banking, but they invest heavily in the arts and innovation so in that way it is a great example of… extending the brand, what it means to customers and adding value to customers in a new way,” she said.

Meanwhile, Justino, launched with a 3.5 minute film telling the charming story of a lonely night-shift janitor at a mannequin factory who uses the mannequins to communicate with his colleagues working days.

“We picked this work for a few reasons,” said Gottlieb. “We’re looking for this interesting intersection of idea, technology, time, craft and everything came together in this piece of work…. And every piece of this story was perfectly created and crafted for its channel.”

Though it doesn’t count as a Canadian accomplishment, Canada Goose and its agency CAA Marketing Los Angeles won silver for the “Out There” campaign. It also won a Gold Design Lion in the Video/Moving Images category in Cannes Tuesday night. Similarly, Canada can also take some unofficial credit for the Gold Lion-winning “VMA Green Screens” for MTV. Toronto’s Jam3 was responsible for the work but was absent from the entry—Jam3’s Adrian Belina was even in Cannes to accept the trophy Wednesday night.

Entries to the Cyber Competition, for “creativity experienced digitally,” were down significantly this year: 2,886 compared to 3,738 a year ago and 3,660 in 2014. However, the decline reflects the introduction of the new Digital Craft Lions, which received 1,150 submissions.

Winners in Mobile were also announced Wednesday night in Cannes. Without any work on the shortlist for the second year in a row, Canadian agencies went home empty handed.

“We don’t know half the potential,” he said. “It could be a mini festival. We have technology, websites, apps, social and games. It’s a very broad spectrum.”

But, ultimately, what the jury was looking for was an experience that was unique in the way it connected brands in a meaningful way to consumers.

And what delivered on that, was “NYT VR,” the The New York Times virtual reality app from T Brand Studio New York that allows the newspaper to create or help create films for big brands such as GE and Mini.

It has the potential, he said, to help a brand thrive in some of its most challenging times.

“We believe [the winning campaign] transforms the relationship of a 165 year-old brand that’s inherently analog… And along the way it may just save a $176 billion industry,” he said. “We think it is potentially a Wright Brothers moment in mobile in how it can really help a brand thrive in some of its most challenging times.”