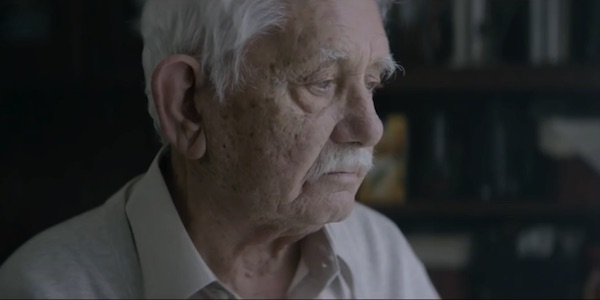 J. Walter Thompson Canada was the sole Canadian winner in the inaugural Music Lions Entertainment For Music competition. The agency took home a Silver Lion for its “Just Another Day” campaign for SickKids.

The ad, which was awarded in the Use of Licenced Music for a Brand or Campaign category, is a touching portrayal of a day in the life of the patients, family and staff of Toronto’s SickKids Hospital, powerfully punctuated by Coldplay’s “Fix You.” The work was also shortlisted in the Film Competition earlier this week.

According to the Festival, the Music Lions for Entertainment, which are sponsored by Spotify, must “demonstrate original production, promotion or distribution of music for brands; that is work where a recording artist or platform is innovatively leveraged to communicate with consumers.”

Peggy Walter, vice-president, director of celebrity services for Leo Burnett USA, said the introduction of the new Music Lions competition reflects the rising importance of the relationship between brands and the music industry.

“Ten years ago, the relationship between brands and music was about $500 million. This year it is going to be about $1.4 billion,” she said.

The jury took the unusual step of awarding two Grand Prix: “Home for Christmas,” a campaign by Jung von Matt Hamburg for the German grocer Edeka, and Beyoncé‘s “Formation” with the Grand Prix distinction at the Cannes International Festival of Creativity.

Jury president Josh Rabinowitz, senior vice-president and director of music at Grey Worldwide, explained the jury felt moved to award both a brand that utilized music in its marketing and a musician that was using her creativity as a powerful marketing tool.

“We realized that we were dealing at times with apples and oranges,” Rabinowitz said. “Music videos are a little freer as they aren’t necessarily attached to a branded message…it can be a real challenge when you’re comparing it to branded content.”

“What was most important for us was to not limit [the category]. we didn’t want to just have a Beyoncé be the main winner. We felt we needed to touch on branded content as well, to set a precedent; to send a message.”

Edeka’s  “Home for Christmas” spot made use of an original song, “Dad,” written by Florian Lakenmache and sung by Neele Ternes, which Rabinowitz called a heart melting concept and a beautiful song.

Beyoncé’s “Formation,” meanwhile, was chosen both for the conversation it started about race in American culture and the power it had as a promotional tool for the pop star.

“There’s been lots of controversy surrounding it. She alluded to police brutality and race issues in America,” Rabinowitz said, noting the bold move the singer made in making a statement with a piece of commercial art. “That’s one of the most powerful things you can do. My hat’s off to her,” he said.

The video was entered in  a group of categories called Music Content. The Festival description reads: “Entries in these categories include all types of music content to promote a brand and engage with an audience. This includes, but is not limited to, music videos, trailers/teaser campaigns, promotional video content as well music content production and distribution strategy.”