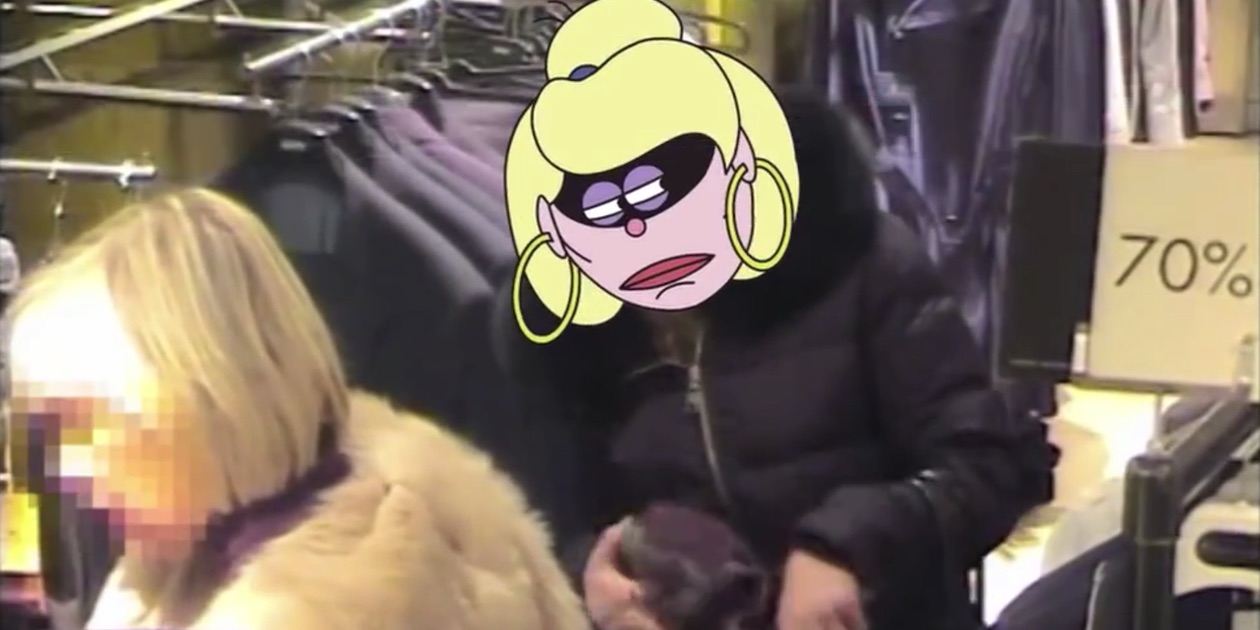 In search of a new idea and a fresh approach to film, the Film jury in Cannes has named a spot comprised of stitched together CCTV footage as its Grand Prix.

On Saturday Adam & Eve DDB London took home the highest honour in the Film competition at the Cannes International Festival of Creativity for its work promoting Harvey Nichols’ loyalty app. The ad features “found footage” from the department store’s closed circuit security cameras that shows shoplifters caught in the act. The agency then masked the faces of the shoplifters using animations.

Film jury president Joe Alexander, CCO of The Martin Agency, called the spot a “phenomenal piece” that worked well both online and in the more traditional context of television and cinema.

“It was a very modern piece of film that lived in both worlds,” he said. “That’s the reason we thought it was the best single piece.”

Alexander gave the jury a mandate to award “new” work that reimagined the conventions of film advertising. For the jury, Alexander said the Harvey Nicols spot fit that bill. “Who would have thought a film [with a] potentially low budget, without a script using, found footage could be so entertaining and have such a rich narrative?” he said.

Canadian juror Nancy Crimi-Lamanna, vice-president and creative director at FCB Toronto, said the jury wanted to make a statement by selecting an untraditional piece of film creative as Grand Prix rather than some of the other gold-winning work in the category, such as Under Armour’s ad starring Michael Phelps; a spot with high production values that was awarded the Grand Prix in Film Craft.

“To find something, a small piece that’s a little bit subversive, taking their own security footage then beautifully animating it over top and making that about rewards, we thought that showed the way forward. That online, cinema and TV can cross paths and still be incredibly powerful,” Crimi-Lamanna said.

Despite nine shortlisted entries, Canada was shut out of the Film competition. Crimi-Lamanna said the country’s shortlist performance was an “incredible accomplishment” and that several Canadian entries were heavily debated inside the jury room. In particular, she said DDB Canada Vancouver‘s “Snack Time” web series for Milk West was well-liked by the jury, but the submission did not clearly illustrate the link between the series and the product for some of the judges.

“They didn’t immediately link it to milk because there’s no clear branding at the end of it,” she said. “That was really debated. People really connected with it but didn’t feel it lived up to some of the other animated pieces that came through this year.”

Zulu Alpha Kilo‘s “Lily and the Snowman” short for Cineplex was also highly regarded by the jury, but was ultimately overshadowed by another well-loved piece of holiday marketing, the animated film “Justino” for Spain’s Christmas Lottery.

“Justino just blew everyone away,” she said. “It was almost impossible to compete with Justino.”

Alexander also listed several campaigns that were favourites of the jury and in contention for the Grand Prix, including Old Spice’s “Whale,” Guinness’s “Never Alone,” and Volvo Trucks’ “Look Who’s Driving.”

In total, there were just 94 official Canadian Film Entries this year down from 140 a year ago (and down by almost half from 172 entries in 2012).

The Film Lions have been the foundation of the Festival since it was launched in 1954. While entries to the competition have trended down slightly in recent years (the introduction of new overlapping competitions likely responsible at least in part), a Film Lion remain one of the most prized awards of the Festival. The jury are asked by the Festival to award work that it: “brilliant brand storytelling intended for a screen; that is, filmed commercially‐driven content created for TV, cinema, online and out‐of‐home experiences.”

The competition saw 2,801 Lions in total, down from 3,070 a year ago. The shortlist, released Thursday morning, had 247 entries on it.

The Film were handed out Saturday night along with the Film Craft, Titanium and Integrated Lions.