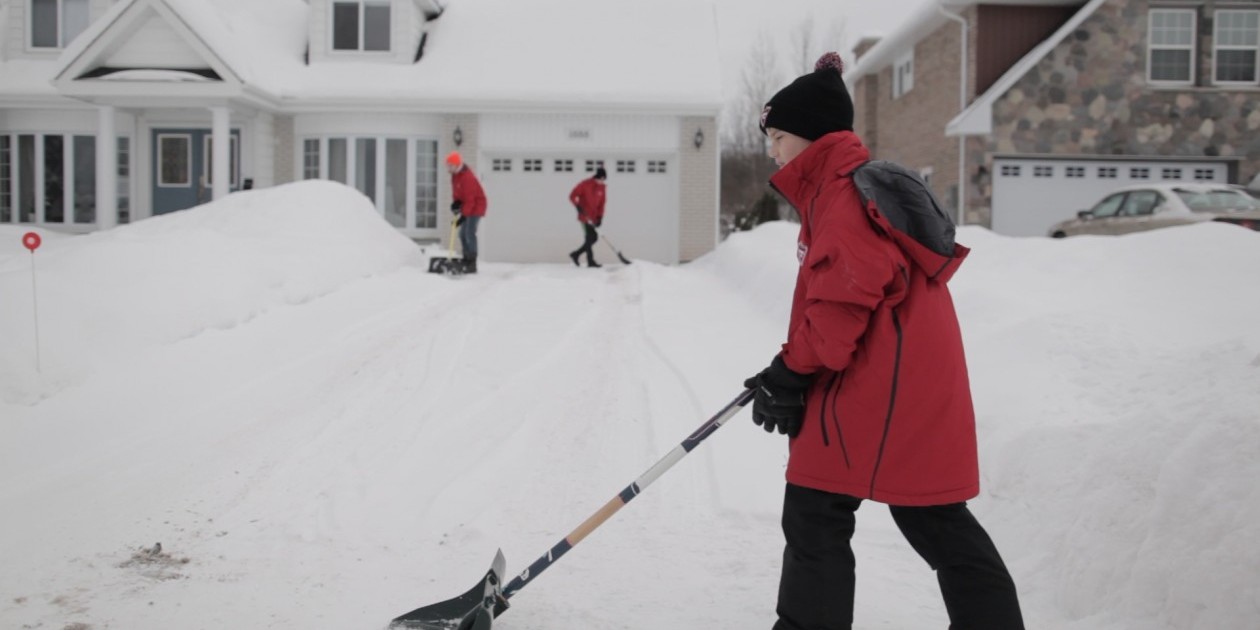 Canadian Tire has taken two common Canadian attributes, kindness and snow, and used them as a springboard for “Shovel it Forward,” a social campaign which encourages the nation to lend a hand by shoveling their neighbour’s driveways.

Developed in partnership with Tribal Worldwide Toronto, the campaign kicked off Feb. 6 when people in seven communities across the country (including North Bay, Ont., Corner Brook, N.L., Antigonish, N.S. and Leduc, A.B.) woke up to a clear driveway and a new shovel on their doorstop. The branded shovels featured inscriptions reading: “A neighbour used me to clear your snow! Do the same for someone else, and leave me with them. See my story and share yours at ShovelItForward.ca.”

Visitors to the site can watch a campaign video, find out where the shovels are now, and share their own “Shovel It Forward” photos and experiences. The initiative is also being shared via promoted video and photos on Facebook and Twitter.

Warren Cable, vice-president of digital at Canadian Tire, said the brand is aiming to start a “cultural movement” by getting Canadians to tap into their generous side, and do a little good for others.

“As Canada’s winter store, we know a lot about life in Canada, and there’s really nothing more Canadian then helping your neighbours and being part of the community,” Cable said. “In winter, that really comes down to helping them shovel their walks or driveways. The intention is to get people involved, get people engaged, and get them a little bit more excited about being outside shovelling because you’re feeling good about doing it.”

In addition, Canadian Tire is sending 20 of its branded shovels to the Greenfield, Wisconsin Fire Department, which made headlines recently when it responded to a cardiac call from an elderly man shovelling his driveway. After transporting the man to hospital, the firefighters returned and finished the driveway.

Though “Shovel It Forward” officially runs for four weeks, Cable said the brand is hoping it extends far beyond that.

“The natural end to this, as with any kind of cultural movement, is the hope that it really gathers steam and just keeps going until the last snowfall.”

Touché handled the media buy for the campaign, while Influence was tasked with experiential activations.