A new report says employment in Canada’s retail sector will hit a multi-year low in 2016 as companies adopt technology and trim costs in response to a weak growth in consumer spending.

The Conference Board of Canada says the total number of jobs in grocery, clothing, department, home improvement, furniture and appliance stores will reach a multi-year low of 1.26 million in 2016, a decrease of 2.6 per cent from 2015.

A gradual pickup over the next few years is expected to raise employment by 2021 to the level of 2013, according to the report released Tuesday.

The Conference Board says fragile consumer confidence – weighed down by record levels of consumer debt – will continue to weigh on household budgets and curtail spending over the next couple of years.

While debt will have a bigger effect on major purchases such as houses and vehicles, it says some consumers will remain more sensitive to prices when buying groceries, making it harder for retailers to pass on cost increases to consumers. 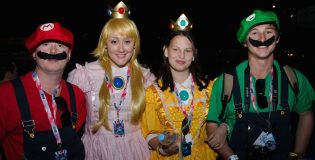