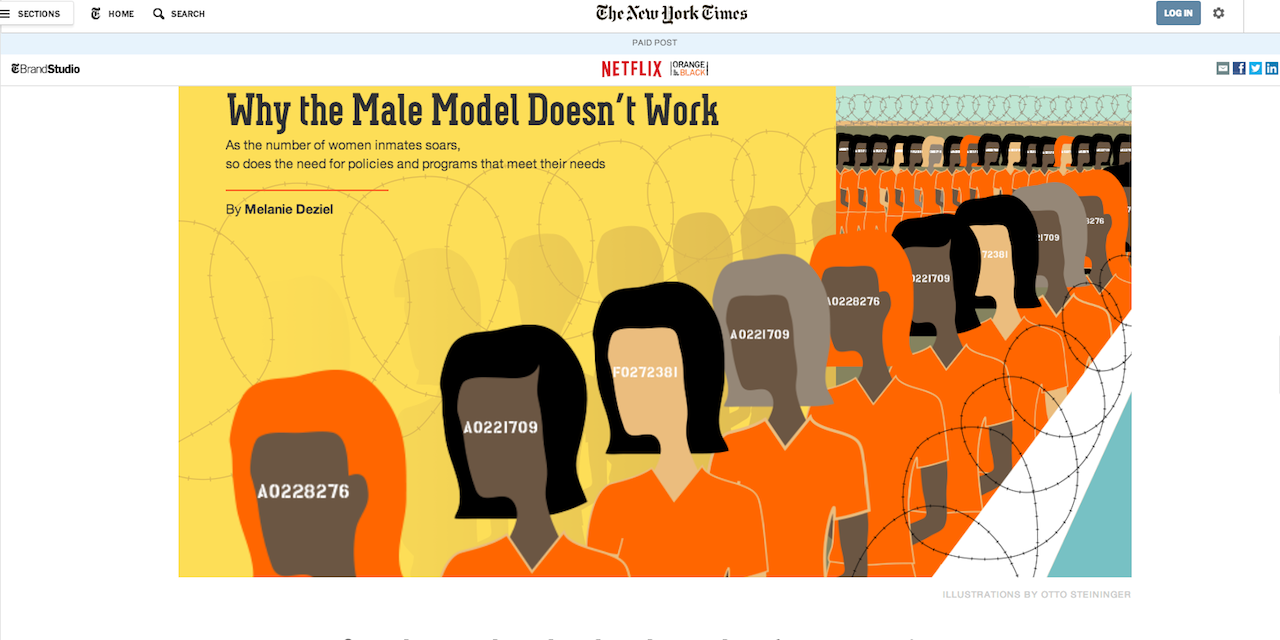 Majority of participants would rather see banner ads

Native advertising is all the rage, and the success stories keep piling up. The New York Times recently said its readers spend as much time on sponsored content – such as its successful women’s prison feature paid for by Netflix as part of its Orange is the New Black promo cycle – as they do on editorial content, while viral publisher Upworthy says its promoted sponsor content drives three times as many social shares. Some three quarters of U.S. publishers offer native ads.

Some analysts have even gone so far as to propose content marketing as the solution to legacy publishers’ online advertising woes, since it may finally bridge the gap between print and online ad revenue. One of the voices making that argument is Contently, a New York content marketing company. But Contently’s enthusiasm for native has recently been tempered by its criticism of how the majority of native is being done. Its skepticism hit a high-point this week with the release of a new survey on consumer trust in native advertising, and the impact it has on publisher credibility.

It wasn’t pretty. The majority of 532 internet users polled said they don’t trust sponsored content and won’t click on it if they can identify it. In fact, a significant majority of respondents – nearly 60% – said they would prefer publishers run banner ads instead of native. Surprisingly, that finding was robust across all age demos, with roughly 55% of 18-29-year-olds preferring banners.

Users’ distrust seems to be driven by the minimal labeling and lack of transparency around native ads: Users ranked banner ads as more “honest” than sponsored content, and two thirds of them said they’ve felt deceived upon realizing an article they were reading was actually a sponsored post.

An alarming 58.7% said that a publisher loses credibility when they run native ads — seemingly contradicting an earlier, much-cited study by the California Institute of Technology which found that native ads had very little impact on publisher credibility. In the latter study, researchers showed 550 users a random sample of news sites, some of which had native ads, and asked them to rate each site’s credibility. The study found less than 5% variance in credibility ratings between sites with and without native ads.

But the California Institute of Technology researchers noted that their subjects weren’t informed about native beforehand, and may well have been naive to the fact that “sponsored content” was actually advertising. They may not have adjusted the credibility of the sites with native ads because they didn’t realize there were any native ads.

Meanwhile, when consumers were asked directly by Contently whether native ads affect a publisher’s credibility, the resounding answer was yes. Taken together, the studies suggest that native ads succeed primarily because consumers don’t recognize them for what they are. What’s more, if consumers do recognize them – which seems increasingly likely as awareness of native advertising grows – then the publisher’s reputation will take a hit.

The findings lend support to marketers’ long-held reservations that native ads perform because consumers are fooled into clicking on them by a lack of clear differentiation from editorial content. It’s a stark reminder to everyone that the stigma around “advertorializing” is far from defeated.

On the other hand, Contently’s survey only asked consumers their opinions about the practice – it didn’t actually show them promoted content and ask them to rate it. It’s possible that consumers’ perceptions of native ads are worse than the reality. Much like in TV advertising, if you ask consumers whether they like commercials, you’ll get an overwhelming no; but if you show them a high-quality spot for a product they like, you may well get a different response.

Recent examples of native done right, like The New York Times‘ lengthy feature on women in U.S. prisons, sponsored by Netflix’s Orange is the New Black, seem to prove that high-quality sponsored content can reverse the stigma and increase consumers’ trust in a brand. The Times‘ article was clearly marked as sponsored, but it performed extremely well nonetheless – with even diehard journalist skeptics applauding the effort. It’s hard to believe that consumers would have preferred banner ads to that.

Contently maintains that content marketing, when done right, can still be effective – it is its business, after all. In his post on the survey, editor-in-chief Joe Lazauskas points that a survey released in May by Kentico Software, which found that 74% of users trusted educational content distributed by businesses. But their trust declined dramatically when the content included any kind of product pitch. Lazauskas hypothesizes that consumers perceive native ads as thinly disguised pitches, and that native that avoids pitching – like the Times article – will be better received.

In his conclusion, Lazauskas writes, “None of this means that sponsored content is dead in the water. It just means that it’s time to get it right.”