Something new is brewing at Second Cup Second Cup unveiled a brand overhaul at its redesigned “Café of the Future” location in Toronto on Thursday.

The brand’s new logo, by design firm Jackknife, is streamlined in black and white, which Second Cup president and CEO Alix Box said is meant to express a more “premium brand experience,” while maintaining the “independent spirit” of the company.

Moving forward, the brand will include “Coffee Co.” in its name and logo. Vanda Provato, vice-president of marketing at Second Cup, said this decision reflects the chain’s commitment to coffee quality.

Provato described the rebrand as a major effort rather than a series of tweaks or evolutions. She said the change is in response to a lull in the chain’s business, which is facing increased pressure in a crowded marketplace.

“It was time for a reinvention,” she said. “Business growth was stagnant. We got feedback both from customers and franchisees that the brand was tired and needed a refresh.”

“There was a recognition the market had really changed. It’s a competitive space and we needed to be revolutionary and do something fresh and unexpected,” she said.”

New retail design is a large part of the rebranding. The downtown Toronto location has a completely revamped look that’s much lighter than the cream and earth tones that dominate current Second Cup stores. It’s washed out in white with small pops of bright yellow, a look Provato called “modern classic.” She said the new store, which is serving as a test ground for concepts the chain may roll out across its 350 cafes, was designed by 2×4. 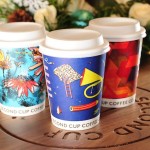 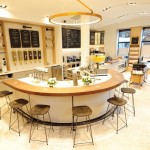 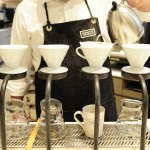 New elements include a “Steampunk” machine that makes single cups of coffee with a bolder and richer taste than regular brewed coffee. The store also features a “slow pour bar” for single cups made by hand, which the chain said is ideal for lighter brews.

These features were inspired by what Provato called “third wave” coffee houses that focus on the artisanal qualities of coffee. Provato said the company studied the culture of those independent coffee houses and aims to bring it to the mass market in a more accessible fashion.

The aim is to create a more premium experience, which is where Provato said she believes the opportunity in the coffee market is.

Second Cup also worked with artists to design custom cups, an effort Provato said is in-line with the brand’s core values – creativity and collaboration. The Toronto location also features a mural designed by a local artist that features elements from the surrounding neighbourhood. Second Cup plans to include similar installations in additional locations.

The lab location in Toronto is partnering with a local bakery, Circles and Squares, and Provato said the company is looking to strike similar partnerships with local food vendors across the country.

The chain is planning an aggressive revamp of its stores in late 2015 and plans to roll out some elements of the new branding, including the new logo, to all of its locations in the spring.

This article provided courtesy of Marketing Magazine
This story can be found at: http://marketingmag.ca/consumer/something-new-is-brewing-at-second-cup-132137.
Copyright © 1996-2020 Brunico Communications Ltd. All Rights Reserved.