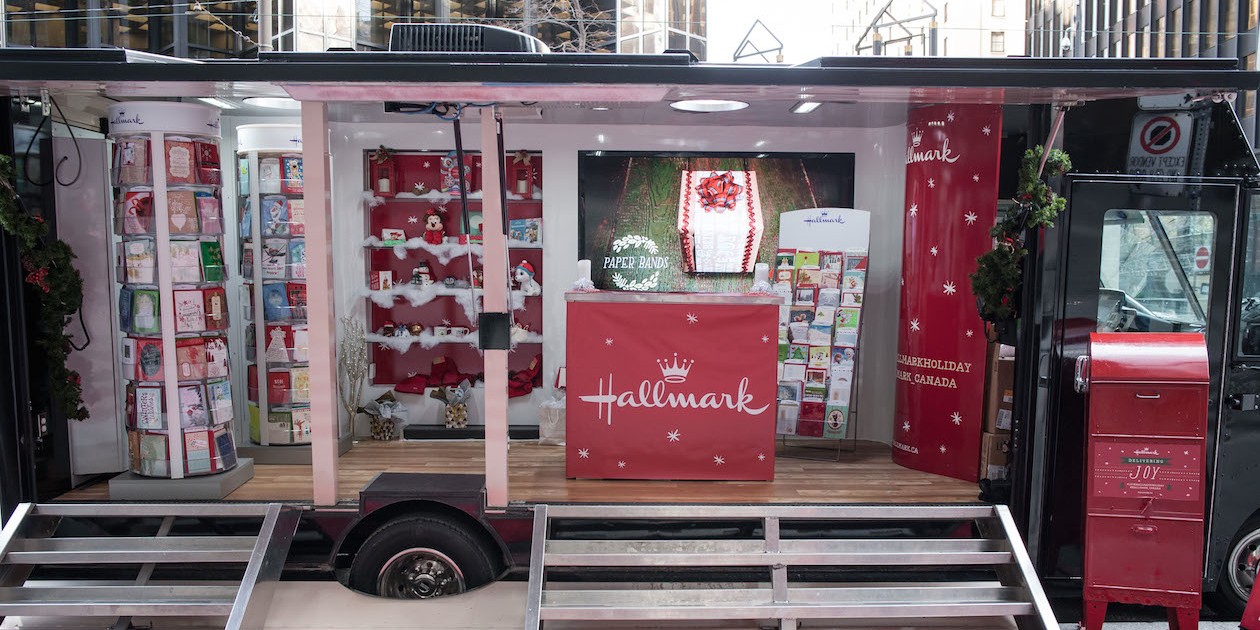 Success of Hallmark holiday pop-up was in the cards

More than 1,300 greeting cards were sent across Canada during a greeting card pop-up organized by Hallmark Canada last week.

The mobile activation, which took place last Friday and Saturday in downtown Toronto, was organized as an innovative way to reach new and current consumers, says Dan Bengert, ‎director of advertising and business insight at Hallmark Canada. “We were incredibly encouraged by the results.”

New consumers, in particular, “maybe haven’t experienced the joy or the fun or the emotional meaning of sending a card, particularly at Christmas time,” he says. 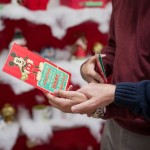 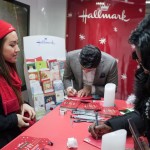 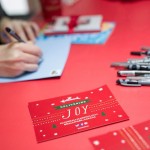 During the event, a branded vehicle toured locations that included Bay and Wellington and the St. Lawrence Market.

Visitors could choose from 300 to 400 Christmas card designs, write a card on the spot and have a hot chocolate. Hallmark supplied postage and mailboxes with the #LoveHallmarkHoliday hashtag were on the scene.

About three cards a minute were sent out during the two-day event, “so the consumer response was absolutely incredible,” Bengert says. “They truly engaged with the product and engaged with the brand.”

Bengert says there is “something very powerful about picking a card, writing a message to someone that you care about or that’s important and then sending that message.” That power, he says, is transferred to the person who is on the receiving end.

No decision has been made as to whether Hallmark will conduct the event again, but “the consumer response indicates it would be worth doing again.”

Hallmark Canada has more than 137 Hallmark Gold Crown stores across Canada and its cards are available at about 3,000 locations, a number Bengert says is holding stable.

Veritas Communications is Hallmark’s PR AOR in Canada, while the activation was handled by Jam Van.