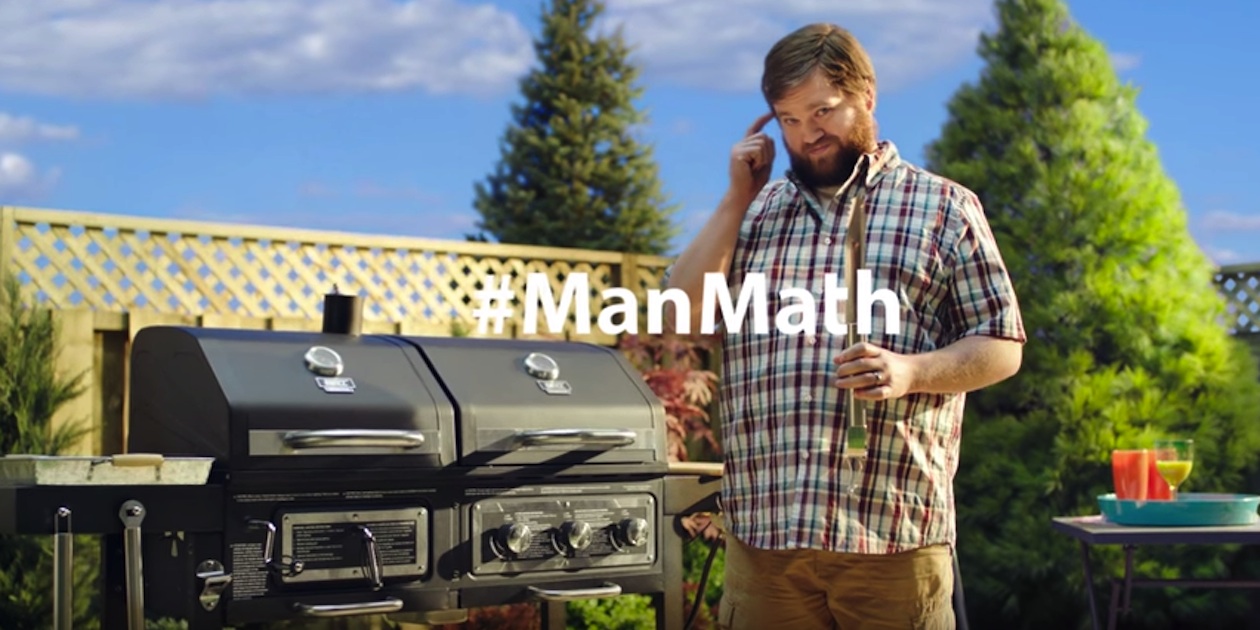 What’s the value of that item? Walmart does the #ManMath

Walmart Canada has done the math and decided it’s high time to go after male shoppers.

Late last week, the retailer released three spots that feature men doing “Man Math” to calculate the value they get out of big ticket purchases. It is the first time Walmart has launched a full campaign targeting men in Canada.

Jennifer Holgate, vice-president of marketing communications at Walmart Canada, said the company’s main target is typically millennial moms and families, but that its consumer research showed an opportunity to speak specifically to males.

“Males weigh in on a lot of [purchase] decisions – specifically on outdoor equipment,” Holgate said. “We wanted to make sure we were capturing the male heart in a cheeky and fun way.”

Created by JWT Canada, each of the three new ads focuses on one of Walmart’s big ticket items that sell well with male shoppers – a BBQ, a bicycle and a TV. In each spot, the male characters adds up the product’s specs to calculate the value of the purchase. The $798 1080p Samsung TV, for example, is calculated to $0.74 per “p,” while a $168 18-speed bicycle is $9.33 per speed.

The “Man Math” in the ads was inspired by consumers posts Walmart read through social listening, Holgate said. She said the brand discovered via social that consumers often justify purchases with this kind of thinking.

“Women do the same thing,” she said. “It’s how we give ourselves permission to make purchases.”

Mindshare handled the media buy for the campaign, which consists mostly of online video. The ads are currently running on male-focused specialty networks, including SportsNet, FX and FXX, and online through video, digital banners and Twitter.

There are also French-language versions of the spots running in Quebec. The campaign runs through the end of April.