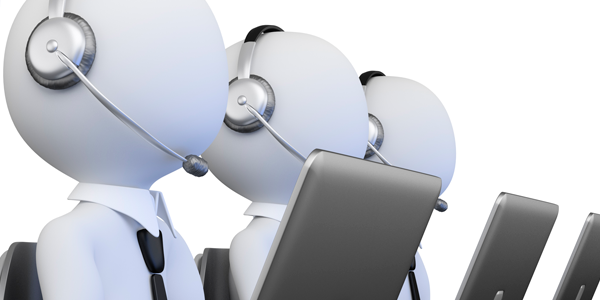 Canadians are 'silent switchers,' leaving companies no chance to make it right

Poor customer service is sending consumers running to the competition.

According to Accenture‘s 11th annual Global Consumer Pulse Research, nearly half (49%) of Canadian consumers have switched providers in the past year due to poor customer service – most commonly from retailers, cable and satellite television service companies, phone companies and banks.

The study gauged the experiences and attitudes of nearly 25,000 consumers around the world about marketing, sales and customer service, with more than 1,300 respondents from Canada.

Eighty percent of Canadian respondents who switched said they could have been retained before switching providers, in line with the survey’s global findings. However, after they’ve switched, there’s very little chance they will return, with 68% saying they will not return once they have left, compared to 58% globally.

In addition, only 17% of Canadian consumers posted negative comments online after a bad customer service experience, 11% less than the global average (28%).

“Canadians are the silent switchers, meaning we are the ones who are more likely to eat that overcooked meal at the restaurant, we’re more likely to consume that corked bottled of wine and not send it back, complaining about it,” said Berkeley Warburton, managing director, advanced customer strategy at Accenture Strategy.

“But the reality is, we are more likely to never return to that establishment as a result.”

So, if companies are in the dark about unhappy customers, what are they to do?

“Companies need to work harder at meeting the promise and delivering on those customer expectations,” said Warburton. “What that really comes down to is ensuring that there’s a balance between the digital experiences and the personal, human experiences.”

The survey found Canadians still want to maintain a human interaction, with 85% preferring to deal with a live person, higher than the average of 73% globally. They also place a higher-than-average value on in-store experiences, with 71% agreeing that in-store service is the best channel for getting a tailored experience, compared to 56% globally. Forty percent are willing to pay a higher price for goods and services if it ensures a better level of service, compared to 49% of global respondents.

Most (80%) Canadian consumers said it’s frustrating dealing with a company that does not make it easy to do business with them, and another 77% expect customer service to be easier and more convenient to obtain. In addition, 60% of Canadians report that if companies could provide customers with better live or in-person customer service, it would have impacted their decision to switch providers, higher than the global average of 52%.

“Canadian companies need to make sure that they are investing in the retail channels, the call centre channels etc., to ensure they’re not over-playing their hand with digital,” said Warburton.