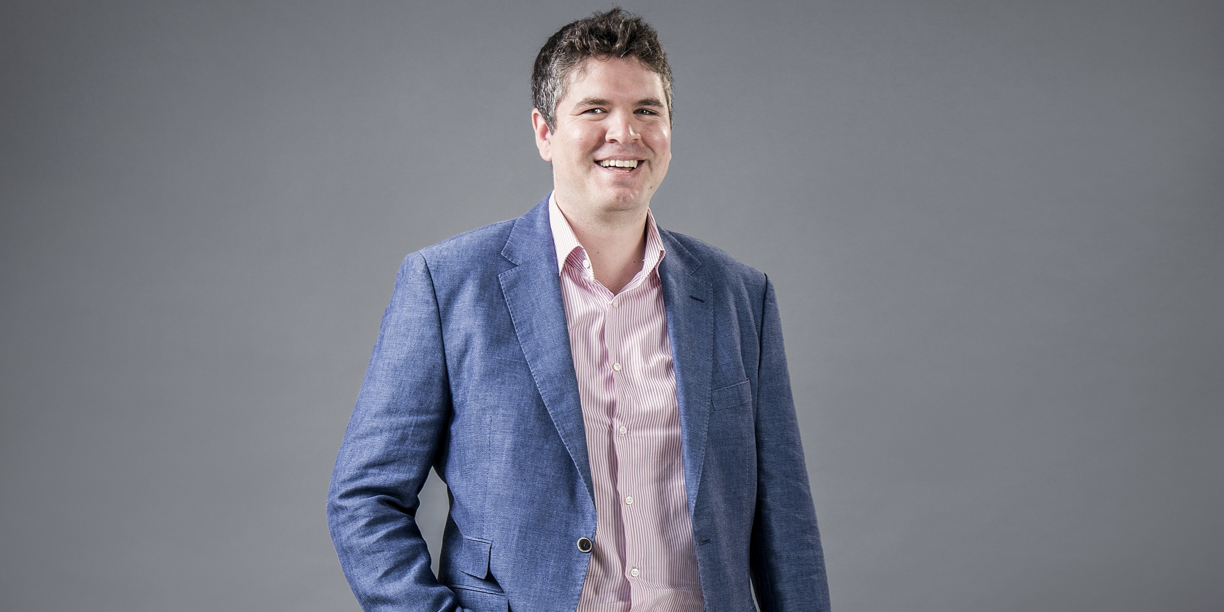 Andrew Casale built one of the world’s first real-time ad network when he was still in high school. In more than a decade at Casale Media, the company he and his father founded, he’s watched the evolution of digital media from the days before Google cared about advertising to its current incarnation as a complex and sprawling ecosystem full of new ideas, tough competition and not a few bad actors.

His family’s company, meanwhile, has grown to become one of Canada’s most successful ad tech startups. Its Index Platform powers private ad exchanges for major Canadian publishers like the CBC and Torstar’s Olive Media, as well as the Canadian Programmatic Audience Exchange. As the company’s vice-president of strategy, Casale is responsible for the company’s overall vision – the way it sees the future of digital marketing, and the products and partnerships it makes to turn that future into a reality.

Beyond the company, Casale has emerged as one of Canada’s brightest thought leaders on ad tech and programmatic media. He’s been heavily involved in the Interactive Advertising Bureau, both in the U.S. and Canada, helping to define the standards that guide digital advertisers and publishers. He writes frequent columns for Ad Exchanger, the programmatic industry’s leading global newsletter.

One topic that he’s been spending a lot of time on is digital ad fraud. As a publisher platform, Casale Media has seen its share of scammers trying to hock fake impressions on the exchanges. The Index Platform has earned a reputation for being one of the most fraud-free exchanges in the marketplace, largely thanks to Andrew Casale’s focus on quality, trustworthy media.

Peter Vaz, vice-president and director of channel engagement at MacLaren McCann, works with Andrew on the IAB’s committees dedicated to mobile and programmatic. “I’ve seen him really come out in the last year or two, and that’s really been beneficial for the Canadian digital industry as a whole,” said Vaz. “Getting his talent and insight into something that he lives and breathes… You need smart people like him, who invest the time and energy to making sure that the industry is going in the right direction.”

Casale got his start in ad tech in 2001 when he was just 15. His father, Joe Casale, was a tech entrepreneur who worked with emerging computer systems in the early internet era. Andrew, the youngest of four siblings, helped design websites as a hobby and soon began working with ad networks to monetize them.

Finding the capabilities for monetization lacking, Andrew began building his own ad network to help small publishers. With his father’s entrepreneurial business expertise, Andrew’s project would soon become MediaNet, a leading ad network at a time before Microsoft, Google or Yahoo had taken an interest in the category.

Over more than a decade, the company’s technology has evolved into what is today the Index Platform, a tool that publishers and their representatives can use to sell ad impressions to buyers in real-time on the Index Exchange, or set up their own in-house private exchanges. Casale’s publisher clients include BBC Worldwide, Expedia, Cox Media and the NHL. Over 100 billion global impressions are traded each month on the platform.

“The way we operate today is sort of in alignment with when we started the company – building smart technology, focusing on transparency and allowing a lot of these transactions to be automated,” says Andrew. “It’s been an incredible journey and education.

“The future, to me, will be defined as the day programmatic finds its creative side,” he goes on. “A lot of what is sold today programmatically is very static… I think tomorrow it’s going to be a lot more creative. [We’ll] have a user on a page, who is interested in your brand; we can make this page look like A, B, C, or any one of an infinite number of combinations. We’re nowhere near that yet, but I do believe we’re going to get there.”

He spends a lot of time thinking about the future of digital marketing and what’s holding it back. The way he sees things, the biggest barrier is fraud, which has gotten completely out of control. “Fundamentally, it’s a publisher-side issue, which has been amplified by business models funded by short term goals – companies that find it more profitable to look the other way than do something about it,” he wrote for Marketing’s 30 Under 30 issue. “To root out fraud, we need to put more emphasis on exposing where the money is going, what it’s funding, and who’s benefiting from it.”

But he says marketers are beginning to take fraud seriously, and the more they do, the more coordinated and powerful the industry’s response will be. “[Fraud] is absolutely going to be conquered, and it’s going to be conquered quickly,” he said. “We’re going to see that some stronger moves are made to eradicate that from the ecosystem, because it has the potential to undo so much promise.”