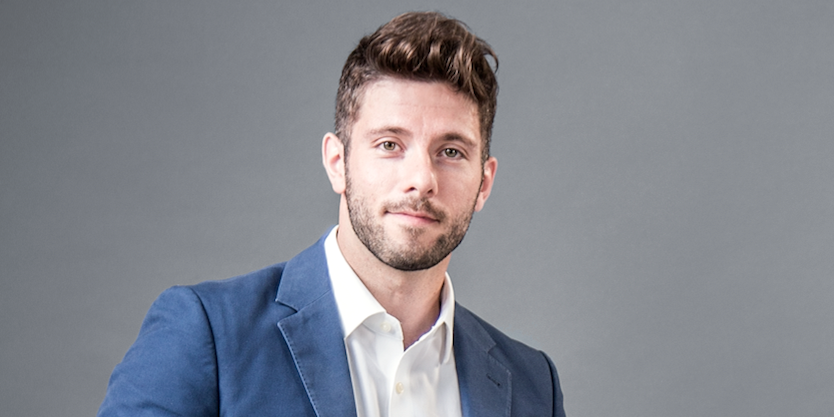 Fabricio Dolan is that rare breed who is shifting marketer mindsets on the potential of digital.

In his increasingly scarce spare time, Fabricio Dolan plays catcher with the Aurora Jays of the North Dufferin Baseball League.

It’s a demanding position, requiring a combination of stamina, smarts and constant adjustment to in-game situations. In many ways, it mirrors Dolan’s responsibilities—and capabilities—as head of large advertiser and agency marketing for Google Canada.

A graduate of the Richard Ivey School of Business, Dolan is responsible for driving top-line revenue growth from blue chip companies across the company’s various ad platforms, including search, display, programmatic and YouTube.

He and his team are responsible for programs that educate marketers and brands on how to build their brands through digital. It’s a broad purview, encompassing multiple disciplines: content marketing, events, tech demos, new product launches and public speaking.

Dolan, 29, has established himself as one of Google’s bright young minds since joining the company, in 2012, and has undertaken several initiatives that have generated business growth for the online giant.

He is a “rare breed,” combining exceptional strategic skills with flawless execution, says Google’s country manager Sophie Chester. “Every program he creates shifts mindsets,” she says. “He advocates for his customers relentlessly, and is one of the best strategic partners to the business I’ve seen in my career.”

As part of his responsibilities, Dolan leads the company’s online thought-leadership destination (Google.ca/think), acting as managing editor and frequently authoring the content.

This year, he led “Think Brand Week,” a series of education events demonstrating how companies are increasingly using the web to build brands. It was regarded as a watershed moment for the company and included new research on Canadian online audiences, as well as a series of “ads reimagined” training sessions that instructed marketers how to use digital ads to tell new stories.

“I feel like for the first time I’m starting to have a bigger impact than on just one brand or product I might be working on,” says Dolan, who, in 2012, helped get more than 100,000 small businesses to sign up for Google’s “Get Your Business Online” program, which encouraged small businesses to build websites. Then, in 2013, he helped build a North American telesales advertising consulting team that increased small business customer satisfaction by 13% within six months.

Dolan augments his professional career by spending up to five hours per month as a guest lecturer and speaker, appearing at the University of Toronto continuing studies program, as well as the Richard Ivey School of Business and the York Marketing Association conference, among others.