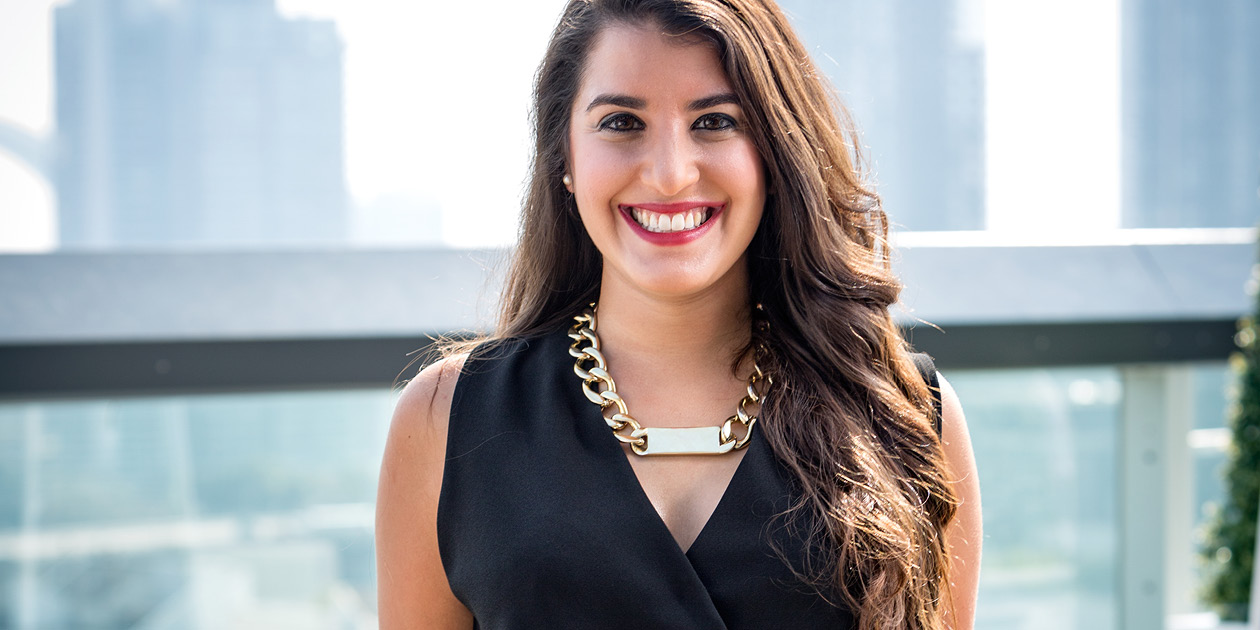 In the past few years the “Bell Let’s Talk” campaign to end stigmas around mental illness has become a bit of a social phenomena, and Hailey Nemoy has played a vitally important role.

As a social media specialist at Bell Canada, Nemoy has led the charge to carry the mental wellness message globally through social channels.

In the two years she’s overseen social on the campaign, the “Bell Let’s Talk” community has more than tripled in size with Twitter followers increasing by 78% and Facebook followers more than doubling, while donations have reached record levels.

Aside from being in the “war room” on “Bell Let’s Talk Day” churning out content for top influencers and “power tweeters” in real time, Nemoy, 26, recommended turning Let’s Talk into more of an “always-on,” year-round exercise, regularly publishing content about mental health to keep the issue top of mind.

Nick Nunes, who was Nemoy’s manager but recently left to take a new senior manager of social media position with BMO, points to the work on Let’s Talk and her suggestion to make it a year-round effort as proof of her vision, but emphasises her passion to learn more and do more when asked what makes her special.

“She is very open to coaching, she is very receptive [to feedback] and always asking if there is anything else she can help with,” he says. “She is a sponge, always trying to learn.”

“I feel like I have been analyzing, connecting with people, trying to be creative since I was five,” says Nemoy.

It started at her home in suburban Toronto where her father, who ran his own promotional marketing business and had a passion for collectibles including videogames and pinball machines, turned their basement into a fully functioning arcade with a candy store complete with a working cash register.

She would make believe it was a real candy business and each day she’d talk with her dad about how the business went and how they could improve it. “It’s where I learned to dream big because my dad made me believe that anything was possible.”

That passion and enthusiasm, the belief that she can make anything happen and get anything done has defined Nemoy’s young career as a marketer. But, she also knows nothing happens without hard work and the courage to tackle any challenge. “Being thrown into something, that doesn’t create pressure for me. I kind of thrive,” she says.

After graduating from the University of Western Ontario with a degree in media, information and technoculture, Nemoy worked on So You Think You Can Dance Canada as a production assistant and spent time with creative agency Anomaly before getting her first marketer gig with Campbell in 2013.

She joined Bell a year later with a range of responsibilities including community management, budget allocations and guiding strategy and creating content for Bell’s branded platforms, including “Bell Let’s Talk”.

“Every day I gave her more and more and she never failed to impress me,” says Nunes.

Nemoy attacks every task with vigour, viewing each as an opportunity to improve herself and the company. “I will write out copy options, and I will not write out one or two, I’ll write out eight. Because I want to make sure that they are getting the standard ‘Bell voice’ ones and then ones that are out there and some that are super out there, I am always trying to push the bar,” she says.

“There is nothing I won’t try,” adds Nemoy. Any chance to try something different, to meet someone new and interact with them—get to know them and have them know her—is an opportunity.

At Anomaly, when a production team shooting in Chicago realized they’d left something vital back in Toronto, Nemoy put her hand up to take it to them. She got a 2 a.m. flight to Chicago, handed it off, turned around and came home again.

When she was working at Campbell she was the only woman to play in the annual office hockey game. She was anxious about playing with a bunch of men who were really good and really big, but she did it anyway. “What’s the big deal? I go on the ice and I suck,” she says. “I’m not afraid of failure. I’m more afraid to not try and miss out on a chance to shine.”