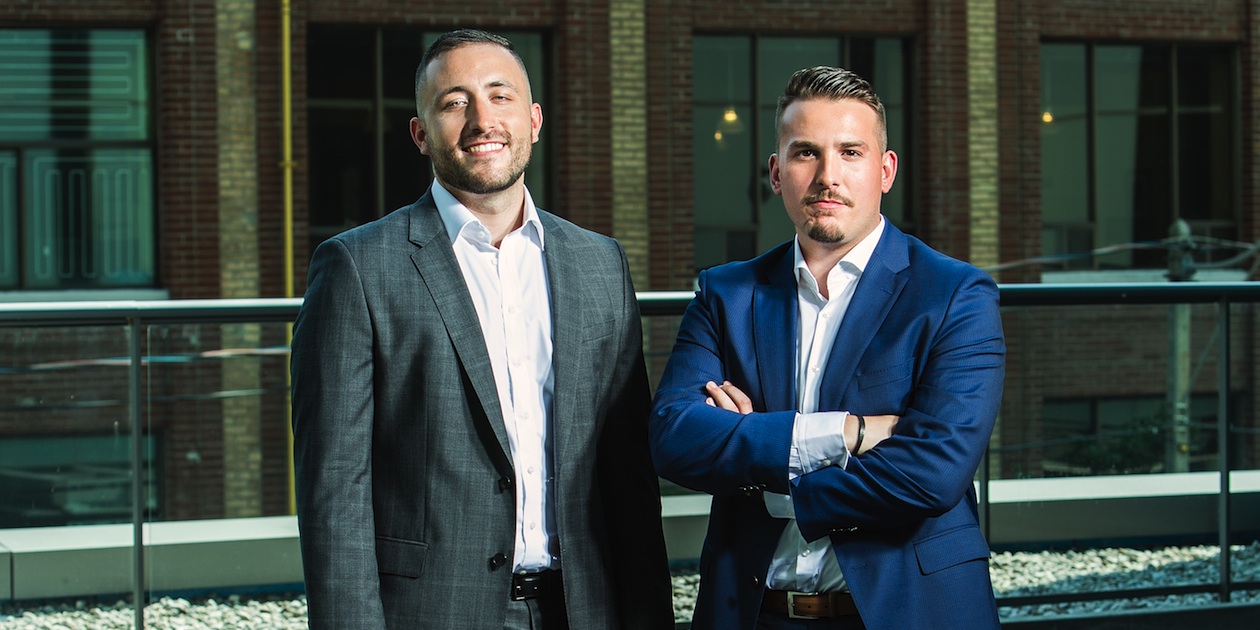 30 Under 30 – Mat Micheli and Joseph Gagliese Mat Micheli and Joseph Gagliese were the only two employees at their influencer marketing agency Viral Nation when they took a lease out on a 4,000 square foot office in Kleinburg, Ontario two years ago.

Today the entrepreneurs are well on their way to growing Viral Nation into the agency they’d imagined and closer to filling that large office space — with the hiring of seasonsed sales execs, its head count is up to 10. Part talent agency, part creative shop, the firm represents a roster of 150 influencers from around the globe and connects them to marketers from big brands such as Crayola, Interac, Butterfingers and Jolly Rancher.

The company helps guide the careers of its influencers and connects them to marketers. Micheli and Gagliese often harness the talents of multiple influencers to craft posts, videos and Vines that work in tandem as a full-scale influencer campaign.

Last winter, for example, U.S. client Butterfinger turned to Viral Nation to build out the digital presence of its #BolderThanBold campaign. The agency put together a group of influencers to craft humorous, millennial-skewing content and delivered 5 million video views, 40,000 engagements and 10 million media impressions.

According to Micheli and Gagliese, 80% of Viral Nation’s business is south of the border, where budgets are higher and brands spend more on influencer marketing. This June, the company hired its first U.S. employee to head up sales out of New York in order to deal with the influx of American business.

Micheli and Gagliese wear many hats, from manager to strategist and consultant. And, as the business has grown, they’ve added more traditional agency services to their offering such as social strategy, community management and content production. Viral Nation’s first client was NHL player Samuel Bennett of the Calgary Flames. From there, Micheli and Gagliese started signing budding social media celebrities. Their first major signee of that ilk was Ray Ligaya, a Vine star with 1.5 million followers on the platform.

Working with Viral Nation, Ligaya has done brand sponsorships with Sugarcrisps, Sony Pictures and Tic Tacs. Shortly after signing with the agency, Ligaya made social media his full-time job, and he credits Viral Nation with making his career possible. Ligaya signed his first deal within about a week of joining the agency’s roster, and new deals kept rolling in from there.

In the case of uber-popular influencers like Ligaya, Viral Nation often brokers solo brand deals. For Scotiabank, for example, Ligaya helped drum up interest in a movie contest with a series of four posts. With just those posts, he drove 3,300 engagements and reached 37,000 consumers.

While the bulk of Viral Nation’s business is influencer marketing, earlier this year the company was named social agency-of-record for the Swiss watch brand Favre-Leuba. This summer it built a content hub for the brand and has paved the way to its upcoming re-launch in North America with a steady stream of content marketing.

Though Micheli and Gagliese put their degrees at Ryerson’s Ted Rogers School of Business Management on hold to start Viral Nation, at just 25-years-old, the two have found a new role at the school: guest lecturers. Last year the school’s entrepreneurship department used Viral Nation as a capstone course, diving into the business’ success as a blueprint for students who, age-wise, are their peers. And despite not yet completing their degrees, the university has invited them back as speakers. This fall, they’ll serve as guest lecturers in three different classes.