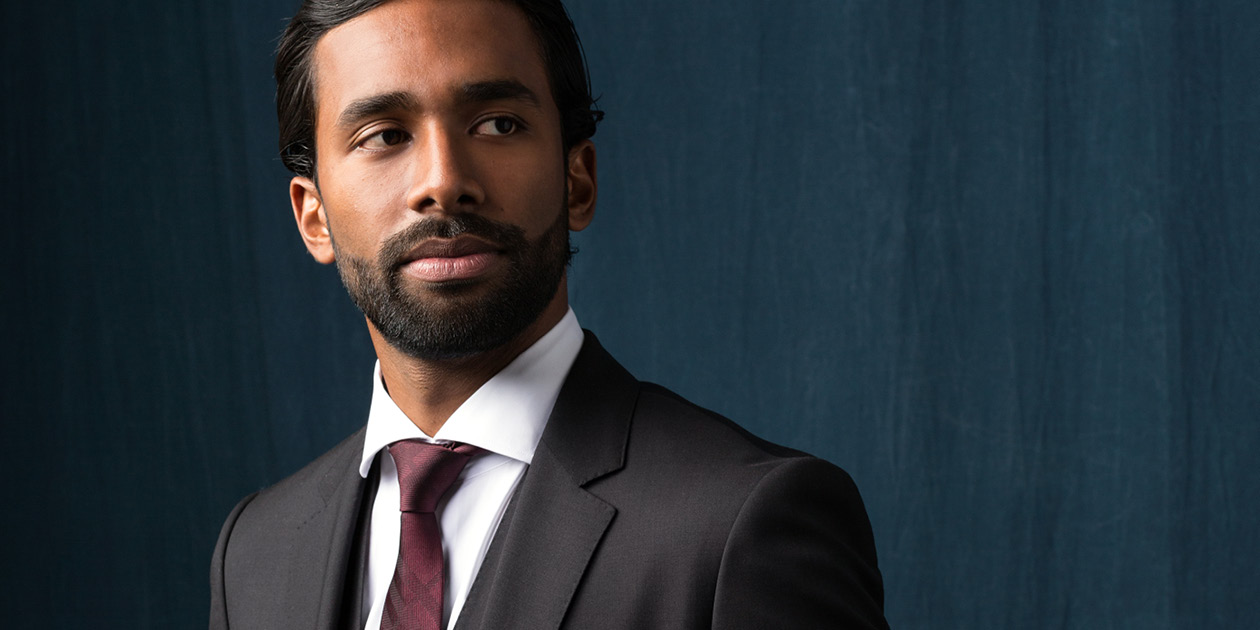 His efforts include helping Travel Alberta become Canada’s first Instagram advertiser (the organization attracted more than 175,000 followers in less than six months), as well overseeing the first-ever Instagram campaign for the Pan Am Games – which was complemented by a DR campaign focused on driving ticket sales that yielded a sevenfold return on investment.

Jeyapalan’s greatest professional success, though, has come with Mississauga, Ont. based online retailer AN Commerce – with his strategies contributing to a projected $100 million in sales for the company this year, nearly triple its 2015 sales of $35 million.

In large part because of Jeyapalan’s efforts, Facebook has transcended the traditional publisher-advertiser relationship to become one of AN Commerce’s trusted business advisors.

“It’s amazing when you see the work you do in marketing really create an impact,” says Jeyapalan, 25. “[AN Commerce] was literally two brothers shipping products out of their parents’ basement, and now they have an enormous warehouse and are driving employment opportunities in Canada.”

In May, Jeyapalan was the recipient of Facebook’s “Customer at the Core” award, in large part for his work with AN Commerce. About 90% of the two-year-old company’s marketing budget is now invested with Facebook and Instagram.

Perhaps most significantly, Jeyapalan also developed what he describes as an “affinity matrix” that identifies customer preferences by specific segments – women over 45 have a strong affinity for fashion jewellery, for example, while women 25-34 were more attracted to make-up accessories showcased via Instagram ads – that the company uses to target its Facebook advertising.

“What Facebook allows in advertising is to dissect information and see why people have an affinity for certain products and use that understanding [to create marketing solutions],” says Jeyapalan.

It was back in high school when Jeyapalan first realized he had a knack for problem solving.

In 2007, while still a Grade 10 student at Markville Secondary School in Markham, Ont., Jeyapalan learned about the rapid growth rate of York Region (the population is expected to swell to 1.79 million by 2041).

Wanting to ensure the environment was cared for amid this building boom, he created the Youth Environmental Network of York Region – a youth non-profit that works with cities and towns to promote environmental sustainability.

Now in its 10th year, one of the group’s key initiatives is “Seeds for Trees,” which brings together high school environmental clubs in York Region to share their initiatives and their vision for a greener community.

For his efforts, Jeyapalan received both the Canada Millennium Scholarship of Excellence and the TD Canada Trust Community Leadership Scholarship, the latter a $70,000 scholarship awarded to 20 youth for meaningful and lasting impact in their community.

Despite his continued professional success, however, Jeyapalan still hasn’t lost his knack for establishing new ventures.

Two years ago, he co-founded a non-profit venture called Prologue, a content series that shines a light on how select hip-hop artists including Ty Dolla $ign and Ryan Lewis of Macklemore and Lewis fame got their start.

“We love doing it because we have this huge passion for the music industry and it’s a great way to meet some of your idols,” says Jeyapalan. Publishers including XXL, HipHopDX, Hypetrak and the Huffington Post have featured Prologue’s work.

And if Jay Z still has those 99 problems, Jeyapalan might just be the person to turn to.