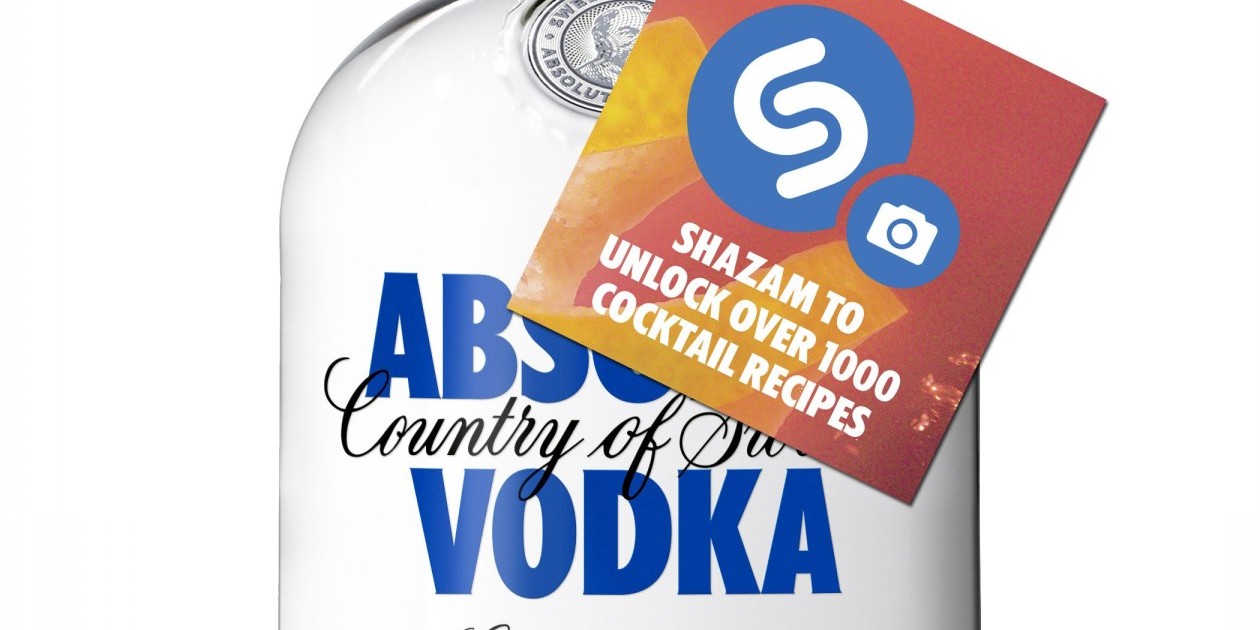 Absolut gets visual with Shazam The technology allows users to wave their mobile device over specially marked physical products in order to access dynamic content. Corby is using the app to promote its Absolut brand.

Shazam launched its music discovery app in 2008 (the company formally launched in 1999) and it is now actively used by more than 22% of Canadians and 100 million people around the world.

The company, which claims its technology has identified 15 billion songs worldwide, added the visual recognition feature in late May.

Corby has outfitted Absolut bottles in B.C., Alberta and Ontario with special neck tags. When users point their Shazam-equipped phone at the bottles, they are treated to a “custom mobile experience” that includes a list of trending Absolut-based cocktails around the world, accompanied by instructional videos on how to make them, as well as the ability to share the content via social media.

“Bringing our brands to life on-shelf is often quite difficult, so anything you can do to differentiate yourself [is key],” said McCue. “The idea is to engage consumers in an interesting and interactive way.”

McCue said Corby planned to fully integrate the technology into other marketing for its brand portfolio. “We think Shazam has that breadth of usage, whether it be Absolut trying to talk to a specific group of people, or the wine category where we’re talking to a different demographic. The content we provide will be more dedicated to who we’re trying to talk to.”

McCue said the program stemmed from the creation of an internal team charged with developing new and interesting marketing strategies. The trade marketing initiative, aimed at bringing digital technology to retail, has been in development for approximately two months, said McCue.

“It’s not an overhaul of how we’re going to market by any means,” he said. “We’re completely committed to the direction we’ve been going in recent years. It is very much an interesting lever we think is going to enhance all of the other things we’re doing, but by no means is this a new direction.”

Several brands have partnered with Shazam on the new visual technology. The Walt Disney Company created the first visually “Shazamable” newspaper ad to promote its Tomorrowland movie, while Target is working with the company to create shoppable print and TV ads.

For its commemorative 1000th issue in October, Hearst publication Esquire is also using Shazam to link readers to its complete digital archive, including seminal stories from writers including Ernest Hemingway, Norman Mailer and Guy Talese.