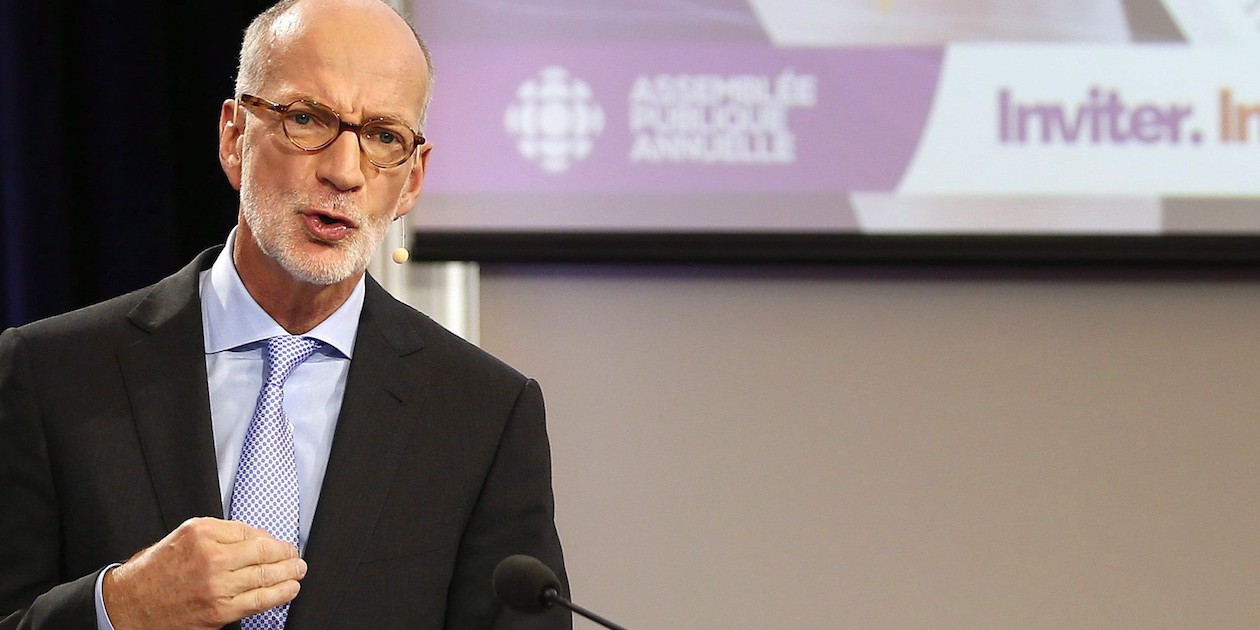 Company has hired 150 digital creators, with plans to add another 300

CBC/Radio-Canada president and CEO Hubert Lacroix says the public broadcaster is focused more on RBI singles than grand slam home runs as it looks to reshape itself for a digital future.

“People don’t expect to see home runs every day, but they need to see that you are scoring runs,” said Lacroix during a presentation at the University of British Columbia on Tuesday. “Because when people don’t see what they’re gaining, they will tend to focus only on what they’re losing.”

Lacroix also acknowledged the transformative effect that digital continues to have on the traditional broadcast industry. “If we were starting over, the smart money would invest everything into digital,” he said.

The public broadcaster continues to make progress towards the digital future outlined in its five-year plan A Space For Us All, he said, with more than 1,260 CBC/Radio-Canada employees retrained for digital and another 630 training for new business skills necessary to support its new direction.

Lacroix said the company had hired 150 “digital creators” and planned to add another 300 in coming years.

He described the period after A Space For Us All was announced in June 2014 as a “very difficult time” for the CBC.

The effects of a $115 million reduction to its parliamentary appropriation were further compounded by a $74 million drop in advertising revenue, caused largely by the loss of lucrative NHL rights.

The CBC also announced plans to reduce its staff by between 1,500 and 2,000 people; for some employees who survived the cuts, it was the third or fourth round of layoffs they had witnessed.

“Two years ago, a lot of it seemed like too much change,” he said.

According to Lacroix, the CBC’s transformation since this had been “incredible,” with the company becoming Canada’s largest online media destination for news and information – attracting nearly 15 million Canadians to its digital sites (which includes a 3 million increase in the past year alone).

He said Canadians were increasingly sharing its content on social media platforms. “This is exactly what our strategy was and is about, and what CBC/Radio-Canada’s role is today: To be the public space for Canadian conversations,” he said.

The CBC’s traditional broadcast operations have shown the impact of its continued migration to digital, with local suppertime newscasts cut down from 90 minutes to 60 or even 30 minutes.

Lacroix said the broadcaster continued to embrace digital storytelling, a move embodied by the new podcast Somebody Knows Something, which employs an approach similar to that of the hugely successful U.S. podcast Serial.

Somebody Knows Something, which focuses on the unsolved 1972 disappearance of a five-year-old Ontario boy named Adrien McNaughton, became the most-downloaded podcast on iTunes Canada the first day it was available, said Lacroix, and until recently held a top 10 position on the U.S. store. So far, it has been downloaded more than 2.5 million times across all platforms (iTunes, Android, CBC.ca).

The CBC head dismissed suggestions that public broadcasting should become smaller as “short-sighted,” and said global media conglomerates such as Facebook have “little interest” in a public space for Canadians.

“That is not their mission, that’s not their business model, and that’s okay,” he said. “A strong public broadcaster exists to ensure that Canadian space. It strengthens Canadian identity and it raises the bar for all Canadian media organizations to do more for Canadians.”

He said the Trudeau government’s plan to restore CBC funding, beginning with $75 million this year, signals an understanding of the CBC’s role in fostering a Canadian identity and provides necessary “breathing room” after years of cuts. “It will ensure we can continue with our transformation,” he said.