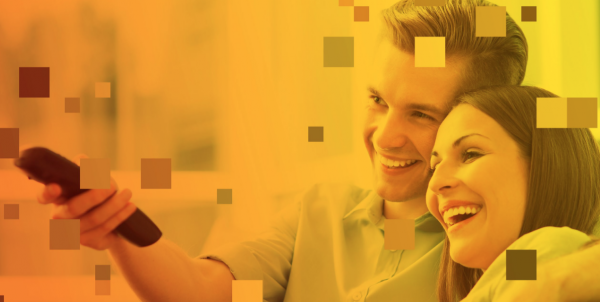 Media budgets are increasingly shifting from traditional to digital, but a U.S. study has found that consumer packaged goods (CPG) companies lose up to $3 in sales for every $1 they divert from TV advertising.

The study, by TiVo’s research subsidiary TiVO Research and consumer engagement consultancy 84.51°, found that when 15 consumer packaged goods companies cut their TV advertising, it had a significant impact on year-over-over sales.

The study was conducted with the participation of A+E Networks, which operates TV properties including A&E, History and Lifetime; and Turner, which operates kids, news and sports media brands.

The participating media brands selected five consumer brands representing categories such as beverage, snack and candy that had reduced their TV ad spend anywhere from 25% to 75% between 2013 and 2014.

According to TiVo Research, the results “clearly showed” that reduced TV ad spending leads to reduced exposure and sales/ROI effectiveness.

It found that sales dropped by a combined US$94 million for 11 of the 15 CPB brands analyzed, accounting for 69% of the 2013 incremental sales attributed to TV advertising.

According to previous TiVo Research studies, a frequency of three per week – which equates to 39 per quarter, drastically higher than the study average – is optimal for maximizing TV advertising investment.

It said that an average US$3.1 million decline in TV investment by 11 brands produced an average drop in sales of US$8.6 million.

On average, households were reached every 3.5 days after being exposed to the last ad from the brand. The study said this number should ideally be under two days since the last ad, because the short-term sales impact of TV lasts for about 48 hours after exposure.

The study findings are based on a combined data stream of 84.51°’s in-store sales with TiVo Research’s viewing data from over 2 million U.S. households. The panels were combined to create an anonymous matched panel of more than 400,000 households with both exposure and purchase data to provide a single source view of consumers.

The study said that the implications of shifting media budgets have not been properly measured because many companies choose to move spend across channels without using “disciplined marketing science methods” to identify optimal spend levels and media mixes.

“Now more than ever, CPG companies need to quantify the combination of effects when managing their portfolio of media dollars,” the study concluded. “Comparing TV and digital elements side-by-side on simplistic performance metrics is an ineffective measurement approach. In order to maximize ROI for one element or a combination of elements, we need to measure against sales results and ROI, both in short-term and long-term time frames.”

U.S. TV ad spending dropped 2% in the final quarter of 2015, with national broadcast spending falling 2% to US$4.8 billion and spending on specialty networks dropping 1.6% to $US6.8 billion.