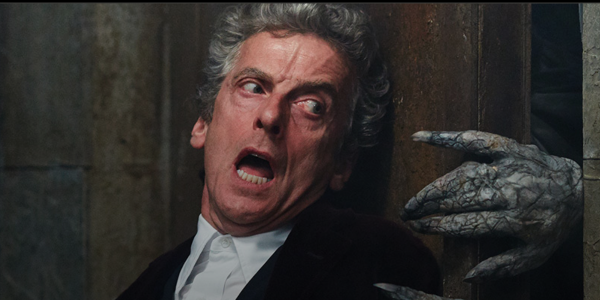 CraveTV locks up Doctor Who for season 9

The battle for streaming domination has now gone interstellar, with Bell Media’s CraveTV announcing that it has locked up the streaming rights to the popular British sci-fi series Doctor Who.

The first eight seasons of the show will be available exclusively on CraveTV by the end of 2016, while episodes from season 10 and beyond will debut exclusively on the service following their full-season broadcasts on Space.

The first eight seasons of Doctor Who are currently also available on CraveTV rivals Shomi and Netflix Canada.

Mike Cosentino, Bell Media’s senior vice-president of programming, CTV Networks and CraveTV, called Doctor Who a “marquee offering” for CraveTV subscribers and an “anchor” of the service’s science fiction and fantasy offering.

Its 2015 Christmas special, The Husbands of River Song, was also the most-watched in Space history, attracting 856,000 viewers. It was the most-watched program on Christmas Day among the A25-49 and A18-49 demos according to Bell.

Matt Forde, executive vice-president of content production, sales and distribution for BBC Worldwide North America, called the series one the British broadcaster’s “crown jewels,” and said that Bell Media and Space have done a “phenomenal job” of nurturing and building the series.

Streaming services are increasingly locking up exclusive content in an attempt to attract customers. Last year, the Rogers and Shaw-owned service Shomi entered into a deal with Sony Pictures Television that granted it exclusive rights to several titles including the Golden Globe-winning Transparent and comedic drama Mozart in the Jungle.

Meanwhile, the U.S. service Netflix recently announced that it plans to make it more difficult for Canadians to use VPN services that provide them with access to U.S. content. The U.S. version of Netflix reportedly has twice as much content as its Canadian counterpart, leading up to one third of its Canadian subscribers to use VPN technology to access that version.