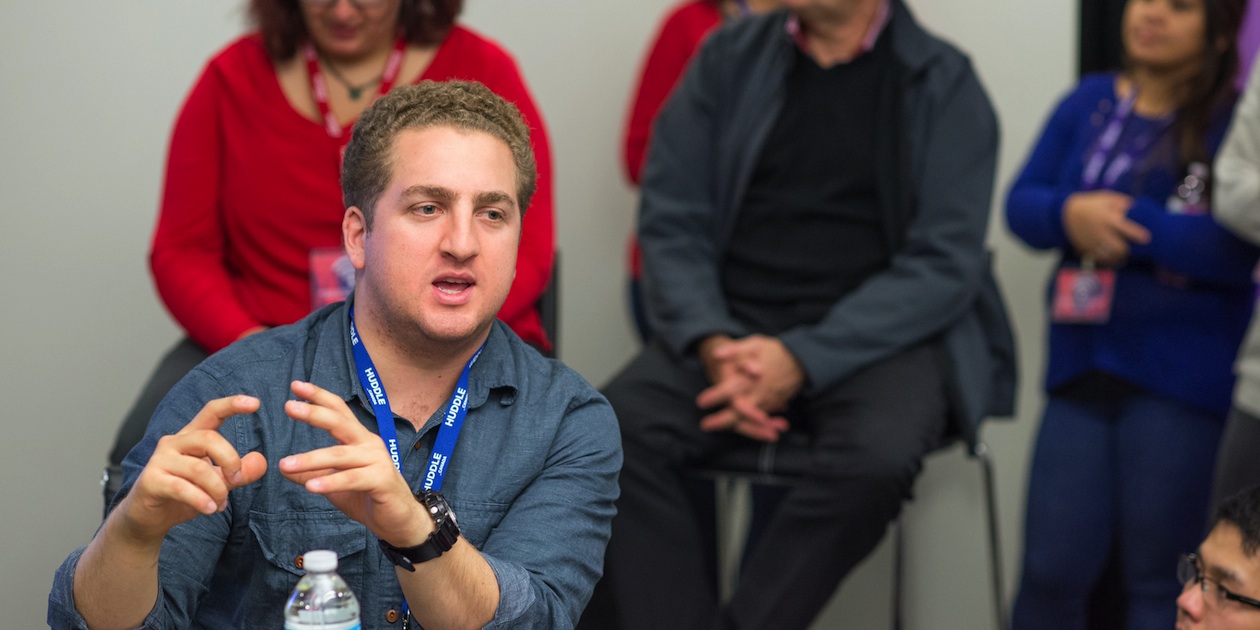 Dozens of Mindshare clients gathered at the media agency’s Toronto office on Tuesday for its annual “unconference” called Huddle.

Marketing joined the “huddle” session fronted by Snapchat’s Jeff Globish, a senior account executive and Dante DiCicco, one of the app’s business analysts. Globish and DiCicco led the audience through a demo of the app and showed off some of the ways brands have taken advantage of its ad units. As Universal Pictures geared up for the release of Minions, it partnered with Snapchat to create a custom Minions-themed filter (an image that appears on top of snaps).

The filter itself was simple – it featured three characters and the text “Happy 4th!” – but it garnered huge results. Over that weekend, the filter received 200 million views (a view was counted each time a user opened a snap that used a filter).

General Electric also recently used the filter ad unit during the summer solstice, offering Snapchat users a filter with a graphic of a sun.

On Father’s Day, Tide purchased video ads that ran in the app’s Father’s Day-themed “story” (a collection of user-generated photos and videos that’s accessible to all users). Since introducing ads in June, the video ad unit has been Snapchat’s staple product.

For Father’s Day, Tide created several dad-themed video ads that were placed between “snaps” of real life dads opening up gifts and hanging out with their children. In one ad, a dad was seen winding up to hit a baseball. In another, a different dad was shown completing a marathon.

Like most of the content on Snapchat, the ads were filmed vertically (the way most consumers film video on their mobile phones) and looked similar to user-generated snaps. DiCicco said the vertical look is key to succeeding on Snapchat – the company recently tested horizontal ads and saw a massive drop-off (ads are skippable on Snapchat). Ads filmed vertically, he said, saw a 9x increase in completion. In Brazil, Sprite included Snapchat as part of  its retail strategy by printing a snapcode on a run of cans. The scannable snapcode functioned like a QR code, directing shoppers to the brand’s Snapchat account. According to Digiday, the retail play helped Sprite gain 2 million views on Snapchat in just a few days.

While Sprite tied Snapchat into its retail presence, Bank of America opted to use it as a social layer for one of its sponsorships – the Boston Marathon. The banking brand created both a filter for the event and ads that ran in a Boston Marathon Snapchat story.

Ad space is usually only available in Snapchat stories its editorial team has planned, but Snapchat made an exception for the Boston Marathon. It had been planning to do a story for the New York Marathon, but when Bank of America came into the picture the editorial team decided there was enough merit to do both.

On Halloween this year, 20th Century Fox used Snapchat to promote The Peanuts Movie. The studio took advantage of a relatively recent Snapchat feature – the Snapchat lens. Like a filter, Snapchat lenses are added on top of photos and videos, but the lens is animated (in the case of Peanuts, candy corn shot out of a character’s mouth).