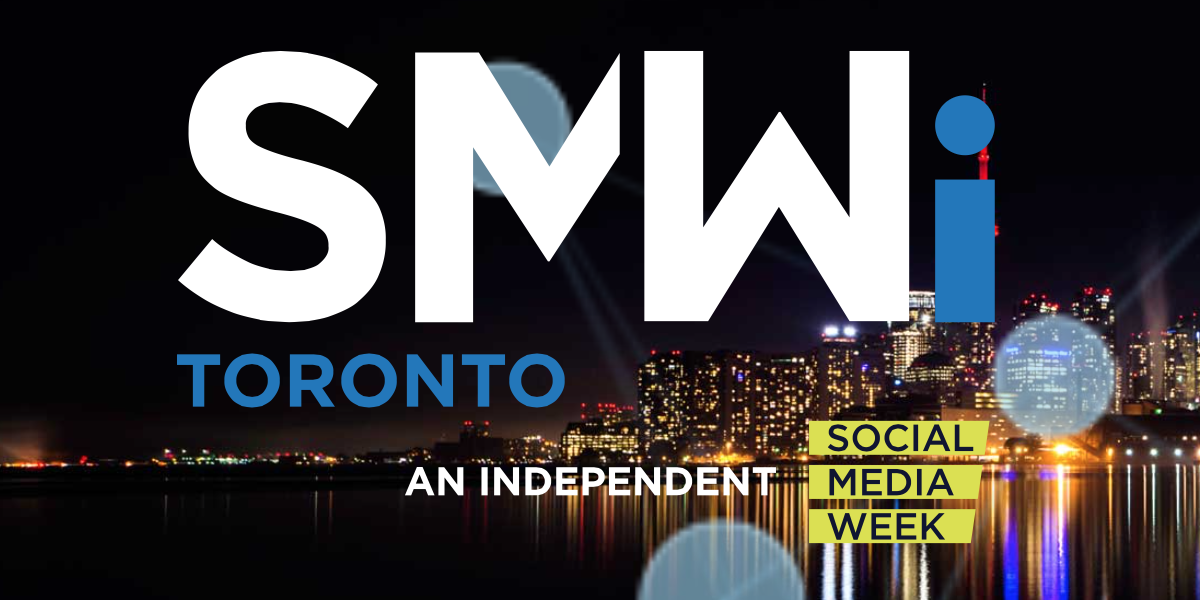 How Social Media Week came back to Toronto

Whether you teach social media at a university or have worked in marketing and communications for 40 years, when it comes to social media, we’re all new at this. So let’s admit it – to some extent, we’re all collectively winging it. Let’s stop pretending we know everything and come out from behind our screens.

In the early days of working in social in Toronto (way back in the 2000s), there was a real sense of community around the space. You knew the players. There were dozens of boot camps, tweetups, meetups (anyone remember Third Tuesdays?) and of course, Social Media Week. But, it all faded away or got bundled into the broader conversation around digital, communications and tech. This hurts our industry. Social is its own thing, and deserves its own space.

Over the past few years I sent emails, tweets and Facebook messages into the void that was “SMWTO,” wondering where it went. For a long time, I didn’t hear back. The digital properties were no longer manned. Eventually I got word from New York: Toronto didn’t have a champion for Social Media Week anymore. Is that all we needed: A champion? Ok, I thought. I can do that.

For more than a year now, I’ve been working to organize SMWi Toronto. Bringing an independent Social Media Week back to Toronto has been no easy feat. A lot of sweat and tears have gone into this (no blood so far, thankfully).  Driving me is the fact that social media lags behind other industries in terms of support and infrastructure such as academic interest, professional associations and live communities, not to mention established company supports.

Social media is still in its infancy. When most of us in the field were in school, there were no courses offered in social media. We’re all making the same discoveries, and we’re all making the same mistakes. Wouldn’t we learn faster if we collaborated more? We could learn from each other’s successes and failures, instead of trial and error (or trial by fire, as it often goes). These conversations are happening online – through social media, of course, which makes perfect sense. There is no shortage of online content churned out daily dedicated to tips, tricks and warnings in the style of “you’re doing it wrong” as it pertains to social media.

But it’s not enough.

As much as I love social media, it was never meant to replace face-to-face interactions. Something very special happens when people connect face-to-face: honest conversations unfold and authentic connections are forged. When a tight-knit professional community forms at a local level, it’s good for everyone. It has the potential to make Toronto – and Canada – more competitive in social on a global scale.

Social media has established itself as a key part of any marketing strategy so it’s easy to forget how new all this is. It’s good to remind ourselves now and again that up until recently, none of this existed and we’ve barely scratched the surfaced of what’s possible with social media.

At any point, everything we thought we knew about how to grow audiences or how to drive engagement can change with one strategic pivot by Facebook or another leading platform, or with the emergence of a new platform. The social ad landscape is evolving. New platforms are sprouting up and the sheer amount of data suddenly available is mind boggling, if not overwhelming. And what about ethics in the field? There are burning hot issues like authenticity and compensation in influencer marketing, or the convergence of editorial and advertising to the point where it’s become difficult to tell the difference.

There are important conversations and debates to be had and I for one look forward to establishing new life-long connections with other professionals who have chosen the same path I have – and starting a dialogue that extends beyond social media week; a conversation that continues for years to come.

Michelle Pinchev is the executive director of SMWi Toronto and founder of Pinch Social. SMWi Toronto takes place from June 6-9 in Toronto’s King West neighborhood at venues like TIFF Bell Lightbox, BrightLane and BrainStation. Attendees will hear from brands like Buzzfeed Canada, CBC Toronto, Lululemon, Uber, Twitter and the Globe and Mail.