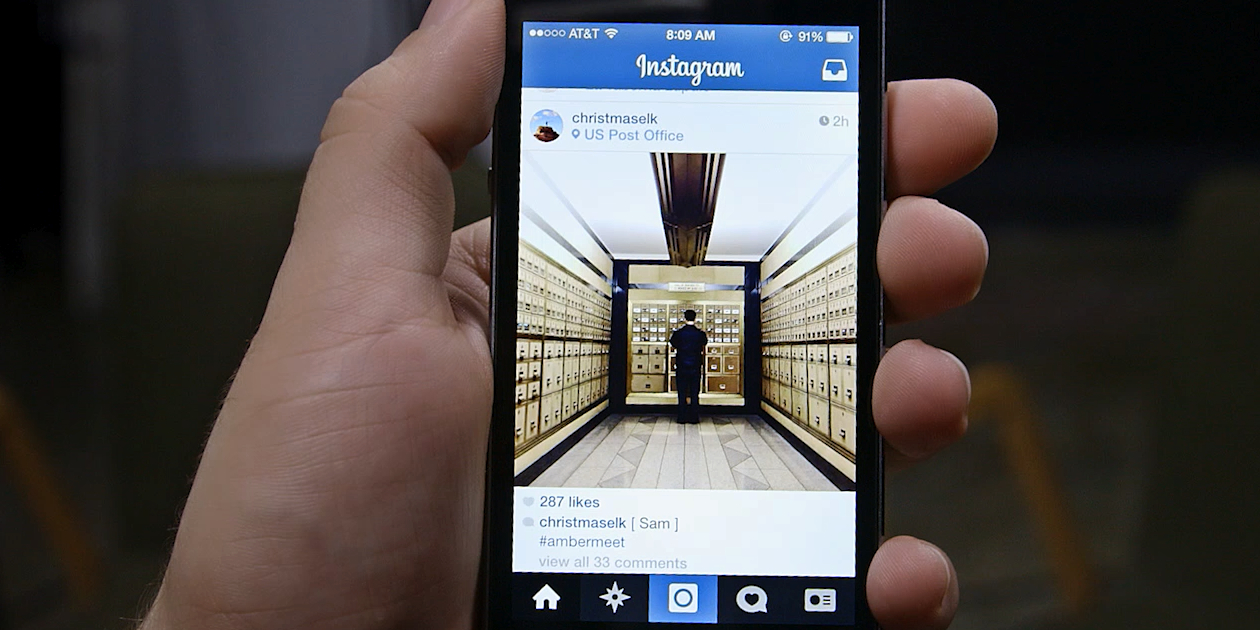 Plus, a look at the four brands making the most of the photo-sharing platform These brands were hand-selected by the company, based on the quality of their current presence on the platform, according to Helen Pak, creative strategist at Facebook Canada (Facebook owns Instagram).

One of the first ads Canadian users will see will be a sponsored photo post from Sport Chek that shows a father and son skating on Lake Louise. Frederick Lecoq, senior vice-president of marketing at Sport Chek said the brand chose to advertise on Instagram because it offers a chance to make an emotional connection with consumers.

While other digital marketing formats, such as Sport Chek’s digital flyer on Facebook, are likely to trigger purchases, Lecoq said he sees Instagram as a “shopping trigger,” meaning  it helps pique interest in items consumers may later purchase, or in the store more generally.

In an effort to make the rollout as “seamless and high-quality as possible,” Pak said Facebook chose brands that are “great members of the Instagram community that have a demonstrated history of understanding how Instagram operates and how people use the platform.”

The company has yet to finalize plans for a wider rollout of its Canadian ad offering.

“We’re trying to be very thoughtful, mindful and slow about it. We want to get the experience right. Our aim is to make sure the ads feel very natural,” she said. The company will measure the ads for sentiment and feedback in order to determine how to proceed with the rollout.

Ad frequency will depend on usage, Pak said. Infrequently users — those logging in, say, once a week — may not see ads at all. Power-users who log in daily and interact with a variety of content are more likely to see ads. Users can opt to hide ads they don’t like, disabling other posts from the same campaign.

Facebook first announced that ads would soon launch in Canada in June. Last week news broke that the launch was imminent, following the launch of ads for Instagram in the U.S., the U.K. and Australia.

Instagram has 200 million users globally. While it does not release user numbers by country, Pak said 65% of its users live outside the U.S.

Showcase your product as part of a lifestyle

Brands shouldn’t look at Instagram as a place to dump product shots. Shooting a product on a white background and uploading it isn’t likely to spur positive sentiment, according to Pak. She recommends brands take a lifestyle approach to the medium.

Shooting from a first person perspective is one way to achieve this. Pak cites Taco Bell as an example. The brand’s shots look like something a young consumer may upload to their personal account. There’s photos of the beach through a pair of sunglasses and torsos up against school lockers. Though some posts show the product dead centre, it’s seldom the focus, but rather shown as part of a bigger moment or occasion.

On Instagram, Pak said brands should take cues from users. That means paying attend to visual trends on the site and making sure ads don’t stick out like a sore thumb. Instead, Pak said the goal for marketers should be fitting in and ensuring consumers don’t find ads alongside posts from friends a jarring experience.

Simplicity is a defining feature of Instagram. Though it’s become more complex with the launch of features like direct messaging and Timelapse, Instagram started as a dead-simple product – a mobile-only way of sharing photos, one photo at a time.

By focusing on simple visual messaging, brands are more likely to succeed on Instagram. “Being simple and true to your brand [on Instagram] can actually be quite beautiful,” Pak said. Chobani used Instagram to overcome one of the brand’s biggest challenges. Consumers think of the yogurt as a breakfast food, but it’s looking to widen its appeal.

Using Instagram, Chobani has showcased different use-cases, from yogurt on top of soup to sweet and savory dips for bread. Like Taco Bell, Herschel’s Instagram feed looks a lot like the feed of one of the brand’s target customers. It’s a carefully curated series of city skylines, travel shots and desk-side photos – all things users share regularly.

Each post looks young and aspirational, just like the Herschel brand. “Every single photo they share crafts a beautiful brand narrative about Wanderlust,” Pak said. “They transport you to a magical place where the person [featured] is seen with a Herschel product.” According to Pak, Instagram is a place in which brands can show off a side of themselves consumers may not know.

General Electric, for example, may conjure up images of lightbulbs for most, but it’s Instagram feed has become a place where GE shows off the mass scale of its manufacturing facilities and wind farms. Ben & Jerry’s is an example of how well simplicity works on Instagram, according to Pak. The brand’s feed contains plenty of the product itself, but it’s often set against a surprising backdrop – a sky with parachuters or even the top of a mountain.

“They showcase the product in a beautiful, simple and elegant way,” she said, adding that for the launch of its Scotchy Scotch Scotch flavour, the ice cream brand was able to reach 10 million people in the U.S.through Instagram.