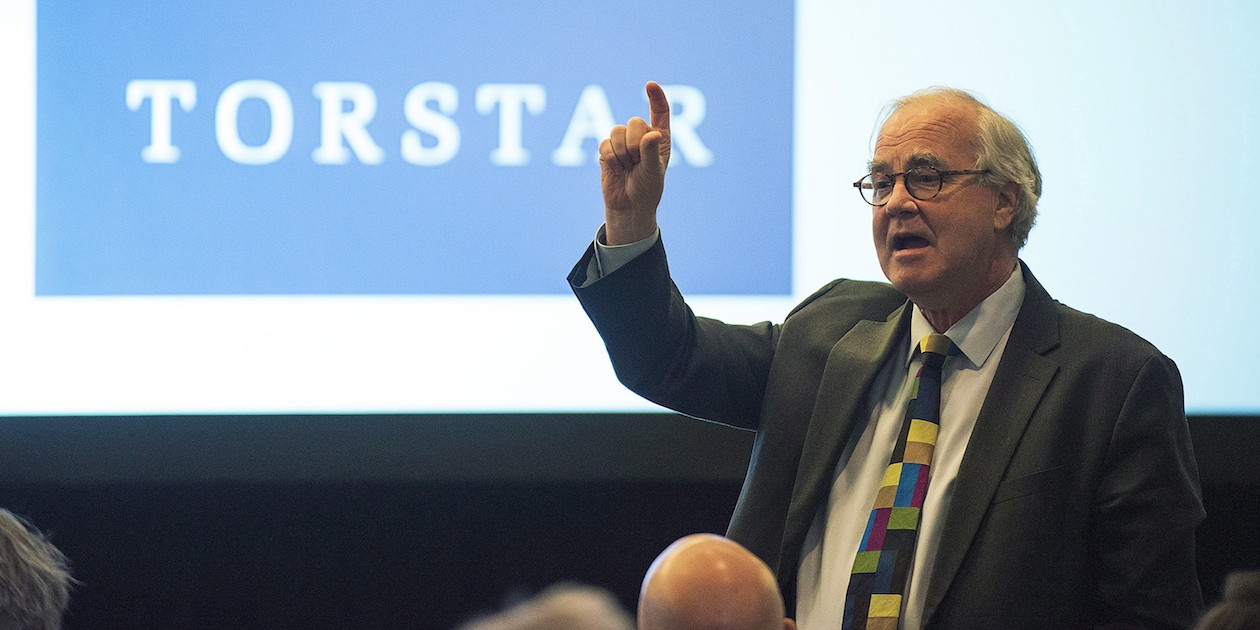 It’s Touch and go for the Toronto Star

“It’s the biggest change in the way we do news that we’ve undertaken in a century,” Cruickshank told Marketing this week. “It’s a historical break and a completely new way of approaching news.”

The new app-based product is intended to address what Cruickshank said has become a key concern for the Star and its newspaper brethren: Attracting and engaging the younger audiences who have largely abandoned traditional media.

He said Star Touch has the potential to engage readers 25-55 – as well as readers in their 60s – but the key audience is readers in their 30s. “I think we can be far more effective with a younger audience than we have been for a long, long time,” he said.

Preliminary research by the Star also suggested what Cruickshank called a “significant” female bias towards the product. He said attracting female readers is a challenge in the digital news environment, which skews “overwhelmingly male.”

Star Touch will emphasize what Cruickshank described as a “completely new form” of storytelling, with a major focus on multimedia elements. While the Star has hired approximately 70 people dedicated to Star Touch, he said the entire newsroom is now charged with developing stories that emphasize the tablet product.

A typical story on Star Touch will have multiple components such as interactive infographics, video and photos. Text is no longer guaranteed to be the backbone of a news story, said Cruickshank.

“I’m quite serious when I tell you this is what we’re doing now,” he said. “We have really changed the organization so that our newsroom is really doing the tablet first. This is not something that we’re doing in addition to everything else, this is how we’re reorganizing our approach to news.”

He said the Star’s print and web products will also be heavily influenced by Star Touch’s storytelling techniques. “I can tell when I’m looking at the newspaper these days the pages that were first developed as tablet pages, because they’re far more visual,” he said. “[The print product] will become a much more visual media than it is now.”

The Star developed Star Touch in association with the Quebec daily La Presse, whose La Presse+ product launched in April 2013 and now accounts for a reported 450,000 weekly readers and more than one third of the publication’s revenues. The product has also generated engagement of 30-45 minutes per weekday and up to 60 minutes on weekends.

“If we have anything like the success they have, then our business model will work really well,” said Cruickshank. “It will provide marketers with a way of connecting with young people that frankly they won’t be able to get anywhere else.”

Cruickshank declined to provide development costs for Star Touch, saying only that it represented a “very considerable” investment. La Presse invested a reported $40 million in the launch of La Presse+.

The app’s closed environment also enables it to capture a significant amount of user information that can be reported to advertisers.

The launch of Star Touch comes at a pivotal time for the Star’s parent company Torstar. Like other traditional publishers including Postmedia Network and The Globe and Mail, it is attempting a tricky balancing act of maintaining a print business while adopting digital-friendly advertising solutions.

Revenues for Star Media Group – a group that includes the Star, the Metro group of publications and the jointly-owned Sing Tao, as well as other ventures including online advertising services company eyeReturn Marketing and Torstar’s interests in Olive Media and Workopolis – fell 8.8% or $9.4 million in the second quarter.

Print revenues at its flagship daily the Star were down 11.4% for the quarter, reflecting what the company described as “continued pressures” on national ad revenues.

The Star’s long-established Atkinson Principles, which espouse social justice, individual and civil liberties and community and civic engagement, will continue to be a fundamental part of the new product, said Cruickshank. “We’ll remain true to who we are,” he said.