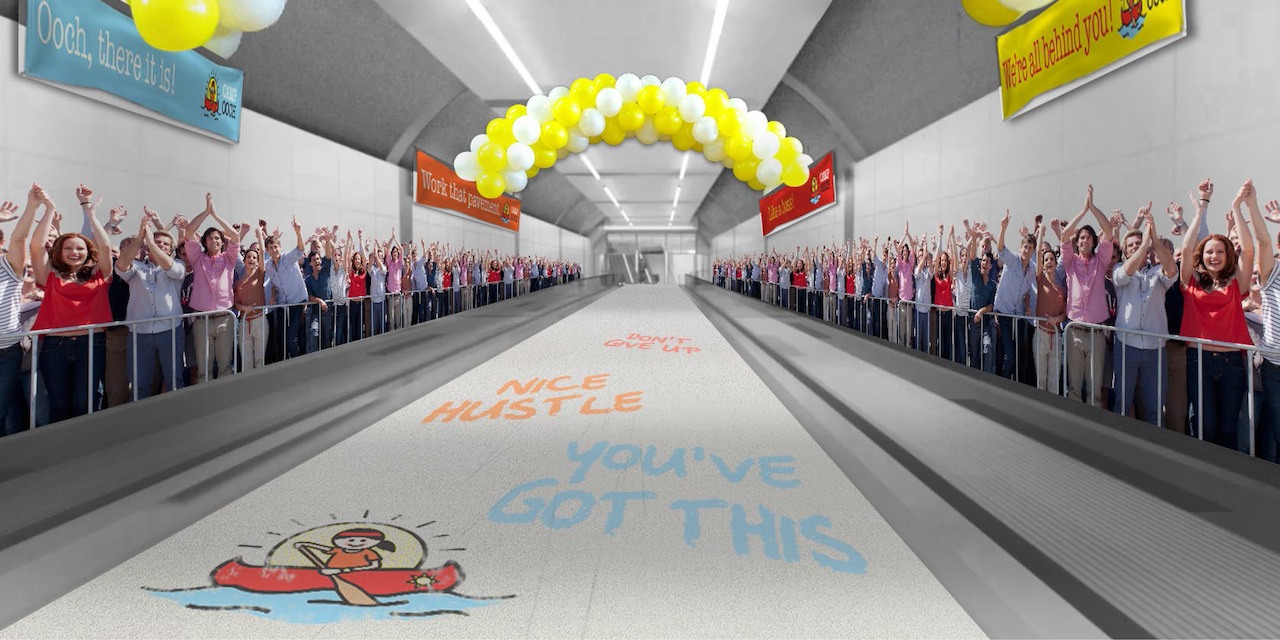 The agency will receive $250,000 in media space at the new pedestrian tunnel facility at Billy Bishop, slated to open in spring 2015 and connect the Toronto Island airport to the mainland. The creative team at MacLaren McCann has also won a trip to the 2016 One Show in May.

Last November, digital OOH shop Black (which has been working with the Toronto Port Authority for the last three years on advertising consultation) challenged Canadian ad agencies to create an interactive campaign for the facility, highlighting the objectives of their not-for-profit and charity clients.

“The Camp Ooch 0.9K Run” turns the tunnel into a charity run, with the “race” beginning at the exterior and continuing through the tunnel. “Runners” are cheered on all the way to the finish line and, once they arrive in the airport, they are encouraged to sign up for the Sporting Life 10k run in support of Camp Oochigeas on their mobile device.

The agency made use of an existing 30-foot exterior sign, wrapped elevators in clings, and built a mock starting gate. Throughout the tunnel, eight large digital screens display spectators and waving signage. The effort also employed decals and signage, and incorporated the Billy Bishop Concierge mobile app (which delivers customized content for travellers as they navigate the facility) into the execution.

“Part of it had to do with how creatively they used all elements of the media that was available,” Edwards said. “They managed to do what almost was like a takeover, without really paying for a takeover. It was fun, and it was engaging.”

Black received more than 40 entries, which were judged on their creative strategy, emotional appeal, innovation and interactivity.

Cheil Canada was awarded an honourable mention for its entry, “Human Rights Watch.”