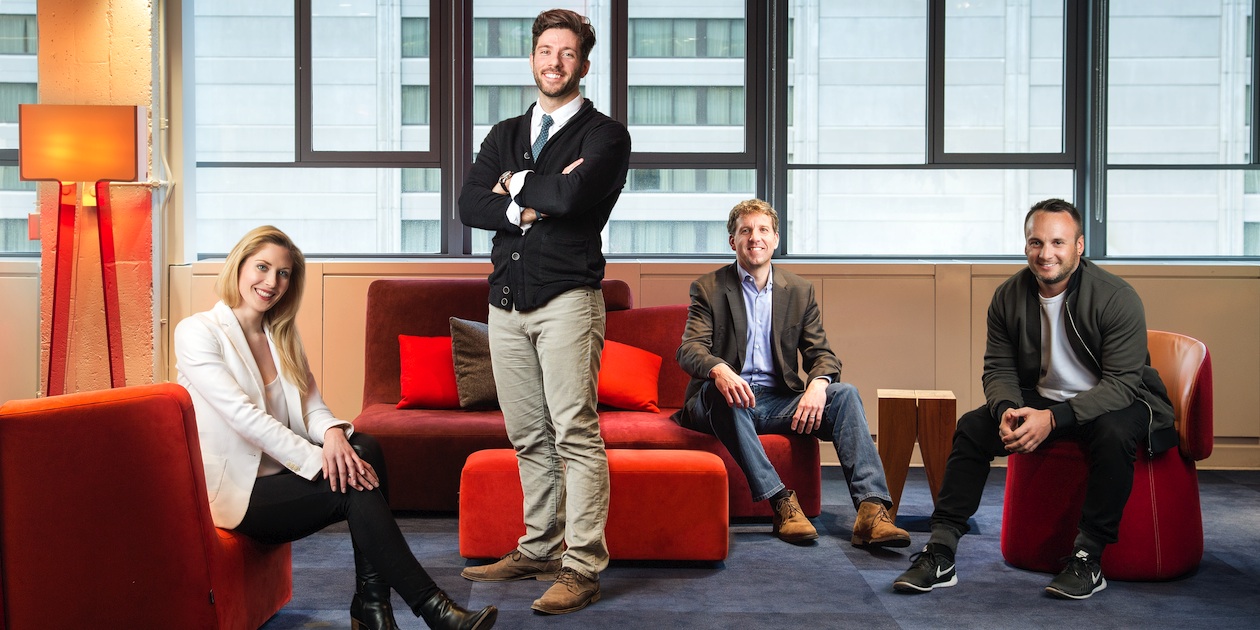 Fab Dolan was backstage at YouTube Fan Fest in May, watching a chaotic scene unfold. He thought to himself: “Oh no. This is how I lose my job.”

Toronto’s Yonge-Dundas Square had been swallowed by a modern-day version of Beatlemania. Over 15,000 rabid fans were angling to get closer to their favourite YouTube stars who strolled down a red carpet, posing for pictures and videos. Fans were starting to push the barriers. The crowd had spilled out over the sidewalks, forcing the police to shut down the adjacent streets.

Recalling that day eight months later, Dolan, YouTube Canada’s marketing director, says he had a moment of real fear that things would spin out of control. But the team shut down the red carpet early and the atmosphere cooled, allowing YouTube to continue with the fan appreciation event as planned. For Dolan, it was an “a-ha” moment. “Working on the platform, you have a sense of how big it is, but mostly through stats — big numbers that go up and to the right,” he said. “Sitting there and seeing fans show up and fill Yonge and Dundas Square, some of them waiting for eight, nine hours… Even working on the platform, until you’ve experienced one of those moments, it can feel a bit removed.”

The past year has been packed with “a-ha” moments about YouTube, not only for Dolan, but also for advertisers, consumers and the media. In Canada, YouTube earned new credibility for its most popular stars with Fan Fest, a massive out-of-home campaign and a lookbook of popular YouTube “creators” (sometimes dubbed YouTubers) aimed at marketers. And on the advertising side, the company introduced Google Preferred, a program adapted from the U.S. market that gives advertisers access to the top 5% of inventory upfront — a method not unlike the model favoured by TV networks.

In 2015, the Google-owned company proved itself as a fully realized entertainment empire complete with its own distinct culture and stable of A-list stars. For years, YouTube has been building an almost unfathomably large audience (80% of online Canadians watch YouTube every month, according to Solutions Research Group) and now marketers’ conversations about the media brand are finally starting to catch up. 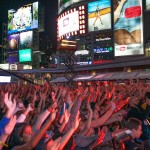 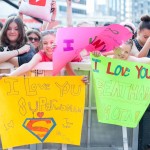 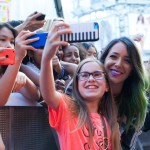 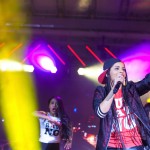 From media buyers to marketers, the whole ad industry has its eye on YouTube. Popular creators are now inking deals with TV networks, including Montreal’s Epic Meal Time – now Epic Meal Empire on FYI – and Toronto’s Rachel Cooper, star of the channel RachLoves, who launched the digital series Get Ready with Rachel with the W Network.

Last May, Bell Media launched a multi-channel network of YouTube creators billed as Much Digital Studios in an attempt to re-invent its legacy youth brand, Much Music, for the digital age. Rogers Media likewise noted YouTube as a growing cultural force with YouTube Hits, a new radio show featuring artists emerging on the video platform.

Brands are wising up to the star power of creators, too. Taco Bell Canada, for example, tapped Epic Meal Time to create an “epic” Quesarito in a video that pulled in 1.1 million views, and Schick Quattro partnered with Vervegirl TV as a sponsor of the fashion-focused web series MsLabelled.

As marketers are discovering, YouTubers have immense value as spokespeople. According to Defy Media, young consumers trust YouTubers more than TV or movie stars (49% vs. 20%) and a whopping 63% would try a brand recommended by a YouTuber.

The groundswell of local attention for YouTubers is the result of a carefully laid plan by YouTube Canada. Following the announcement of Google Preferred last spring, the company put all of its weight behind its roster of top-performing stars, pushing them into the forefront of the pop culture conversation with an extensive, wide-reaching publicity campaign. In April, YouTube Canada held an upfront-style event where advertisers could mingle with YouTubers. Then it flooded downtown Toronto with billboard and transit ads starring Bethenny Mota and ASAP Science (Dolan says it was the largest campaign Google has ever run to promote YouTube in Canada). The distinctly traditional ad spend was followed by a PR spree that placed YouTubers on TV shows like The Social and in the pages of the Toronto Star. The push culminated at Fan Fest, which served both as a chance for advertisers and their children to meet famous YouTubers and another PR coup: entertainment reporters were invited to attend a Hollywood-style press junket with 14 notable creators.

“[YouTube] has supported their creators in a way no other platform has,” he says. “Many creators are super talented and have done an amazing job of creating their personas, personalities and content, but I don’t think any of them would be where they are without the support of YouTube.”

Sara Lynn Cauchon, the YouTuber behind The Domestic Geek (35 million views and counting), agrees that the company has “gone to great lengths” to explain the value proposition of YouTubers as spokespeople and content creators for brands.

“They’ve put in a lot of effort to change how a content creator is framed in the eyes of the marketer, and I think we’re taken a lot more seriously thanks to their work,” Cauchon says.

YouTube Canada’s unrelenting promotion of its stars has had a major impact on marketers’ willingness to spend on the platform. As recently as two or three years ago, OMD chief innovation officer Shane Cameron says few clients or media buyers had heard of even the most popular YouTube shows. With the marketing muscle YouTube has put behind its creators, that’s starting to change.

Google Preferred also offered a solution to that problem. For marketers, it has long been a challenge to figure out where their brand fits into YouTube’s vast pool of content. With Preferred, brands can now ensure their message is linked to the site’s most popular premium content – the stuff they’ve heard of. Marie Josée Lamothe, managing director of brand at Google Canada, compares the process to luxury brands purchasing premium pages in beauty magazines. Lamothe says Google Preferred is the company’s response to a shift in how brands spend their media dollars.

“As TV dollars are shifting to video, Google Preferred is answering a need locally in our market,” Lamothe says. “It is planned just like TV, so it’s easy to understand and incorporate into existing media plans. It makes the integration of digital media planning and buying overall less complicated.” So far, it seems like the market agrees. Omnicom, Publicis and WPP all signed on to have early access to Preferred, proving media buyers were eager for the program’s Canadian launch. Since its full launch last July, over 90 brands have run campaigns through Preferred in Canada.

Wendy’s was one of the first. Working with M2, the fast food chain saw a 76% lift in ad recall and a 15% lift in brand awareness resulting from its YouTube spend. The brand’s regional marketing director for Canada, Lisa Deletroz, says the ads Wendy’s bought via Preferred outperformed other formats and the company intends to continue using the platform.

Whether they’re buying via Preferred or one of YouTube’s other sales channels, YouTube’s massive audience has become impossible for marketers to ignore. In the coveted 18 to 25-year old demo, Media Technology Monitor (MTM) found 96% of Canadians watch YouTube at least monthly. Beyond millennials, MTM’s research showed 80% of Gen Xers watch monthly, as do 59% of Baby Boomers and 21% of consumers 70 or older. And those numbers are snowballing: according to Google, global watch time on YouTube was up 50% year-over-year from 2014 to 2015.

OMD’s Cameron puts it succinctly: “There isn’t a Canadian online that watches videos that doesn’t touch YouTube. It’s basically everybody who is old enough to own a computer that isn’t in jail.”

Ad spend is following those eyeballs. According to a recent Pixability report, the average YouTube spend by the world’s top 100 brands (as determined by Interbrand) increased 60% between 2014 and 2015.

Though Google doesn’t break down its earnings by market, there’s plenty of evidence that YouTube is a core part of the marketing mix for Canadian brands. Take recent campaigns from two of Canada’s biggest brands, Tim Hortons and WestJet, as an example.

Inside Media Player of the Year

Last year Tim Hortons visited Google’s office in Toronto, where the company has war rooms for brainstorming sessions between its strategists and clients. The brand and its agency, JWT Canada, had just shot a handful of irreverent videos featuring NHL star Sidney Crosby manning a Tim Hortons drive-through and wanted YouTube to be a core part of their release. After outlining a strategy at the session, the brand successfully rolled out the series, pulling in 6 million views.

Similarly, WestJet made YouTube the core of several campaigns in 2015, including its annual “Christmas Miracle” video and its “Ultimate Las Vegas Upgrade.” Both content-style spots were pushed out first through WestJet’s owned channels, then backed by media spend and, in the case of “Christmas Miracle,” re-cut for cinema. This YouTube-first approach is becoming an increasingly popular part of the media playbook.

For many years, the inverse strategy was dominant: brands would spend the lion’s share of their budget on a 30-second TV spot, then toss it onto an otherwise dormant YouTube channel once it aired on broadcast. It has been a remarkable undertaking, but in 2015 YouTube finally managed to fully flip that script – at least in the short term (there’s always another scrappy ingénue waiting in the wings).

“As a platform, last year was the year we really turned the corner,” says Dolan. “We’ve always had the audience, and now the foundation is set. There are very few arguments left for you not to think about YouTube at the core of your brand building strategy. “This was the year everything was clicking for us for the first time. It was a terrific ride to be on.”

Media Player of the Year – Top 3