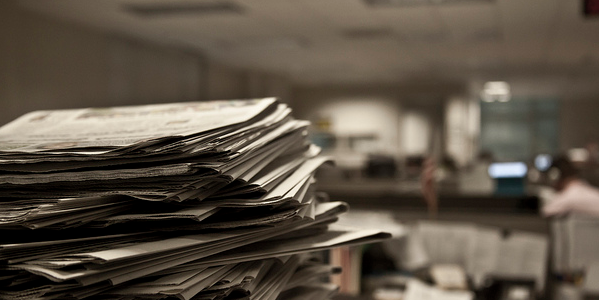 Just over a year after a merger was first proposed, print measurement organizations Newspaper Audience Databank (NADbank) and Print Measurement Bureau are coming together to create a new organization.

Members of NADBank and PMB approved the amalgamation this week. The new organization, temporarily named Amalco until a new name can be determined, will serve 500 members.

PMB and NADbank currently each issue two studies a year, requiring publisher, agency and advertiser members to interpret multiple sets of data. Beginning next year, the new organization will release quarterly data based on an online survey of 36,000 people 12 and over.

Response rates for both PMB and NADbank had been declining in recent years, with many segments underrepresented. However, Amalco representatives said the new methodology will provide a more comprehensive overview of print readership.

The first study from the merged organization goes into field in January, with the first data a combination of existing PMB and NADbank data as the new study builds its sample throughout the year. The first standalone data from the new organization is expected at the end of Q1, 2016.

While the merger is expected to produce an estimated $2.5 million a year in cost savings through the elimination of duplicate resources, office space, etc., NADbank chair Andrew Saunders said the primary impetus was better research.

Saunders, who is also chief revenue officer for The Globe and Mail, said the amalgamated organization will be able to provide the “full brand footprint” for all print publications, fusing offline print data with comScore to provide digital data directly comparable to digital-only publishers.

According to a release, benefits of the merged entity include:

• A single source for print and digital data for all publishers with print products linked to product/retail/lifestyle behaviour;

• New metrics that demonstrate the value of publications across all platforms;

• A study that includes all print products and links all print to comScore data;

• A streamlined cost structure that will reduce redundant research costs;

• A solid platform to evolve the research as the marketplace changes.

“We believe that this effort has paid off in a study and governance model that fairly represents our members, and better serves our clients,” said PMB chair Kirby Miller, senior vice-president and general manager of Toronto’s House & Home Media. “Importantly, the new study is also designed to give PMB’s many advertiser client members more valuable, more up-to-date and deeper information on Canadians’ product and brand usage habits.”

NADbank president Anne Crassweller and her PMB counterpart Steve Ferley will remain with the organization through a transition period, though the board will appoint a new head of Amalco, said Saunders.

The new organization is expected to be formalized this weekend, and will be led by 24 board members, six each from agencies, advertisers and publishers.