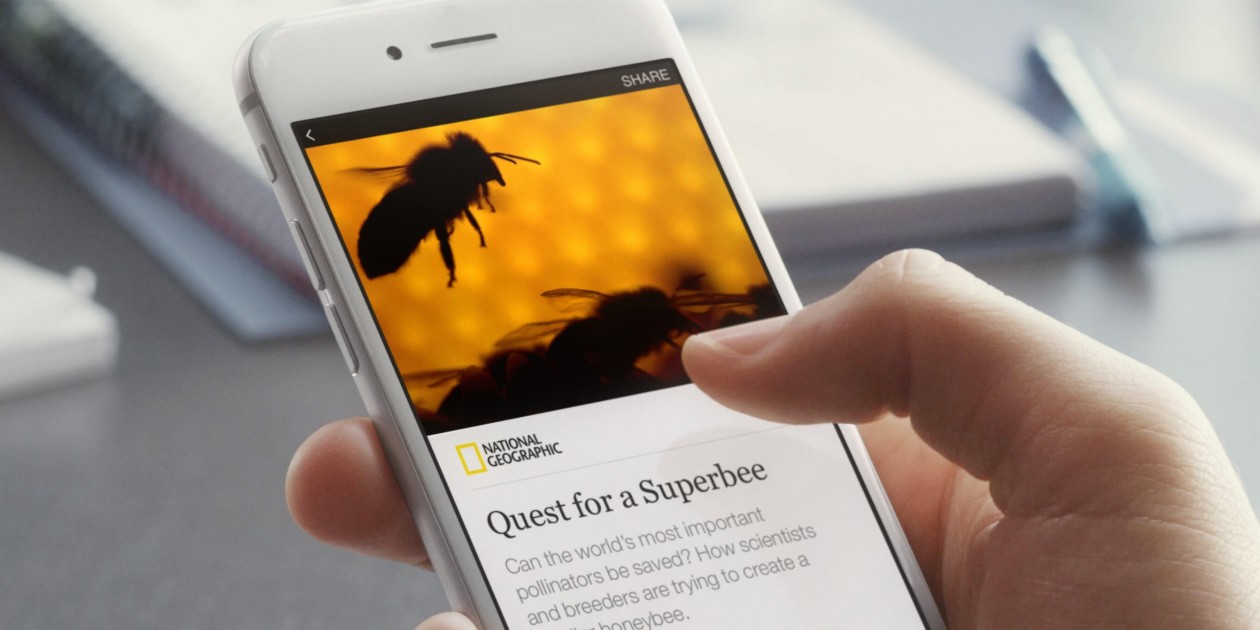 Publishers to get 100% of ad revenue from Facebook articles

Facebook has begun hosting content created by The New York Times, Buzzfeed, The Atlantic and six other international publishers, and has revealed many of the details about its new mobile-focused publishing platform, dubbed “Instant Articles.”

Despite early doubts about its neutrality, Facebook appears to have given publishers everything they’ve asked for — including control of any ad dollars generated by Facebook-hosted mobile content, and audience data on visitors to their pages. The platform could prove a major boost to publishers’ mobile user experience and ad revenues, given that many of them already get a significant chunk of their mobile traffic from Facebook referrals.

We first heard about Facebook’s plan to have publishers post articles directly to its platform in February. Chief product officer Chris Cox told Re/code’s annual media conference the primary goal of the project is to improve the “crummy” user experience that readers have when they try to open offsite content within Facebook’s mobile app. By hosting content directly, Facebook says it can reduce the lengthy time it takes to load that content — eight seconds on average — as well as add richer video and interactive features.

The plan initially drew a lot of skepticism. Many industry watchers found it hard to believe Facebook could remain a neutral platform for publishers while competing with them for ad dollars. Was it really all about user experience, or did Facebook have bigger plans to tap into publishers’ ad revenue and audience data?

But Facebook appears to have allayed those fears by giving publishers full control of how they measure and monetize their content. Facebook won’t take a cut of any ad revenue Instant Articles generates, unless publishers choose to sell those ads through the Facebook Audience Network, in which case they’ll pay the same rates as other publisher partners. The content won’t be exclusive to Facebook, either, but will be cross-posted to publishers’ sites, so non-social visitors can still access it normally, and users can share links to the publisher’s home site.

Publishers have been given access to measurement tools like ComScore and Google Analytics to track content performance and visitor behaviour on their pages. According to a post by Buzzfeed about the agreement, this includes tracking tools developed internally.

“Eventually, if you’re a BuzzFeed editor, you’ll be able to see how your post is performing on the BuzzFeed site and natively on Facebook, and be able to optimize your work with those insights,” wrote Buzzfeed’s Dao Nguyen and Ashley McCollum. “The data feedback loop that is so important to our company will be equally seamless for content on and off our own website.” Instant Articles will only be available on the Facebook mobile app (in iOS only at the moment), and won’t appear on the mobile or desktop site. Publishers have struggled to grow their mobile ad revenues, largely because of a lack of audience data to help target their ads. One of the ways Instant Articles could appeal is by making it easy to sell remnant inventory on the Facebook Audience Network, which uses Facebook’s heavily protected user data to place ads where they’re most useful. Though that comes with a hefty 30% revshare with Facebook, it could substantially increase their sell-through rates.