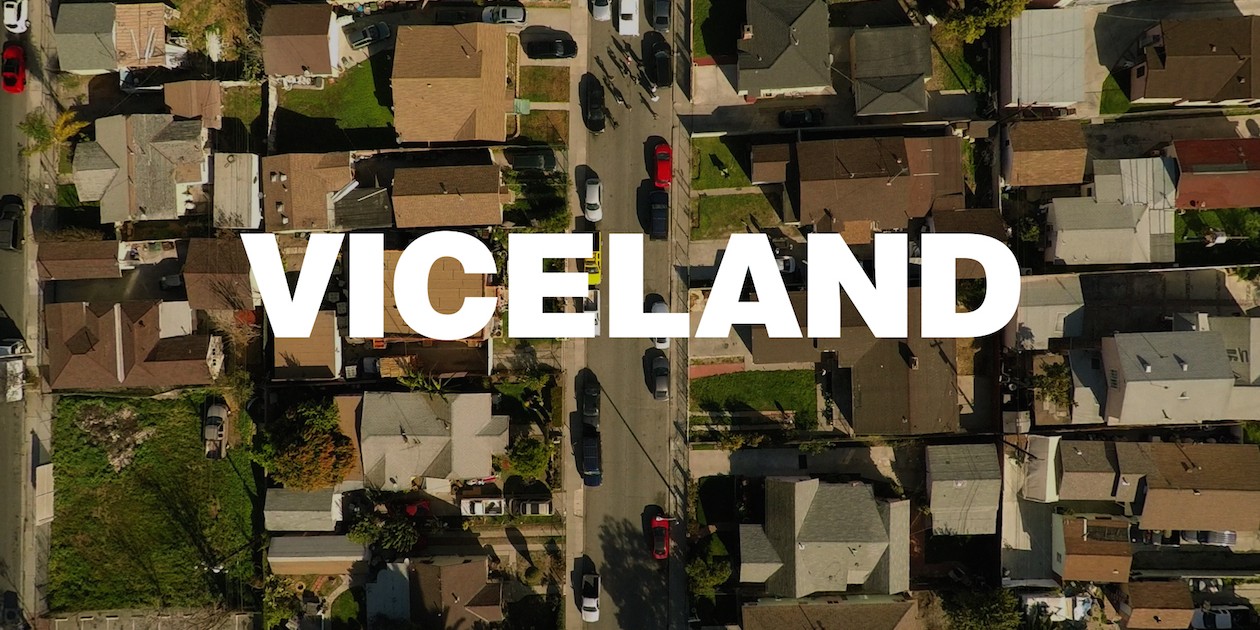 Rogers sets its sights on millennials with Viceland Matty Matheson, the extravagantly tattooed executive chef of Toronto restaurant Parts & Labour, is standing before a group of popcorn-munching journalists in a screening room at Vice Media’s new studio in Toronto’s west end.

He’s here to introduce his new show on Viceland, the newest addition to Rogers Media’s specialty TV portfolio that is set to launch early in 2016. The show, Dead Set on Life, is one of nine original Canadian series currently in production.

“I’m the best host in Canada,” says the ebullient Matheson, who is already familiar to Vice.com audiences through his online shows Keep it Canada and Matty Matheson’s Hangover Cures, both of which appear on the company’s food-focused digital channel Munchies.

The lights dim, and a preview segment follows Matheson as he travels down the QEW to his hometown of Fort Erie, Ont., where he visits his former high-school teacher and gets re-acquainted with a staple food from his youth – the chicken finger sub at a restaurant/gas station called Robo Mart.

Loud, frequently profane and irreverent, Matheson is the very embodiment of a 21st Century media personality. He doesn’t so much break the fourth wall as bulldoze his way through.

As it has with Vice, the Montreal-based indiemagazine that begat a vast media empire currently valued at between US$4.2 and $4.5 billion, it appears the irreverent will comfortably co-exist with the serious on Viceland – which is taking over the dial position currently held by The Bio Channel (bio).

There are no guffaws to be found in a preview of another new show, Terror, which sees Vice Media co-founder Suroosh Alvi travel to some of the world’s most dangerous locales for an in-depth look at modern-day terrorist organizations like ISIS and Boko Haram.

“Fun stuff, right?” says Alvi in the darkness, as the preview closes on an image of a young boy holding a weapon.

Elsewhere, Ben Makuch – currently embroiled in a standoff with the RCMP, which has been asking him to turn over his notes from an interview with a Canadian ISIS fighter (a situation the Canadian Association of Journalists (CAJ) this week labelled “inexcusable”) – examines the implications of cyber-terrorism in the documentary series Cyberwar.

Viceland and the new Toronto studio are the result of the $100 million joint venture partnership between Vice Media and Rogers that was first announced last year.

Among the key figures in this new-media enterprise is old-school broadcast executive Rick Brace, who up until the end of 2013 was president of specialty channels and CTV production at Bell media.

Seemingly content to close the book on a long-running media career less than two years ago, Brace came out of semi-retirement this summer to succeed Keith Pelley as president of Rogers Media.

Brace says partnerships such as the one with Vice are a perfect complement to Rogers’ existing content strategy, which has traditionally focused on acquiring programming from U.S. studios and the more costly proposition of commissioning and creating original content.

The Vice partnership, he says, gives Rogers critical cachet with younger audiences, not to mention an enticing offer for advertisers.

“To find a partner that understands the millennial audience, has that audience and produces the quality content [Vice] has been delivering, is a winning combination for us,” says Brace. “The brand is strong, their skillset in international sales is strong and their ability to produce quality programming is strong.”

The launch of a specialty TV channel in an era when the medium’s power and influence is waning seems to be a bit of a risky gambit, yet Alvi calls Viceland a “natural evolution” of the media brand he launched with Shane Smith in the mid-1990s.

“We’ve been creating so much content within the digital space for all of our verticals, and realized that we have a volume of such high-quality content that we can create a channel that will stand apart,” he says.

“We have such strong sales teams, and our business is diverse,” he adds. “We have a huge offering from an [advertiser] perspective that is very unique. We don’t really have any competition, so we can go to brands and make an incredibly compelling offer to them.”

Brace says Rogers has no intention of dictating Viceland’s editorial agenda. “We are going to rely on Vice and their understanding of the culture to oversee the content factory we have here,” he said. “Obviously we’re going to have some editorial input, but we’re counting on their expertise to deliver the product that has been successful internationally.”

What Rogers will provide, he says, is sales acumen and a “megaphone” to promote the service across its multiple platforms.

Viceland will supplant The Biography Channel, which currently boasts an estimated 1.9 million subscribers and last year attracted just over $813,000 in national advertising dollars.

In the U.S., where Viceland was announced earlier this week, the channel will take over the spot currently occupied by A&E Network’s H2, which reaches an estimated 70 million U.S. households.

Marketing and MarketingMag.ca is also owned by Rogers.