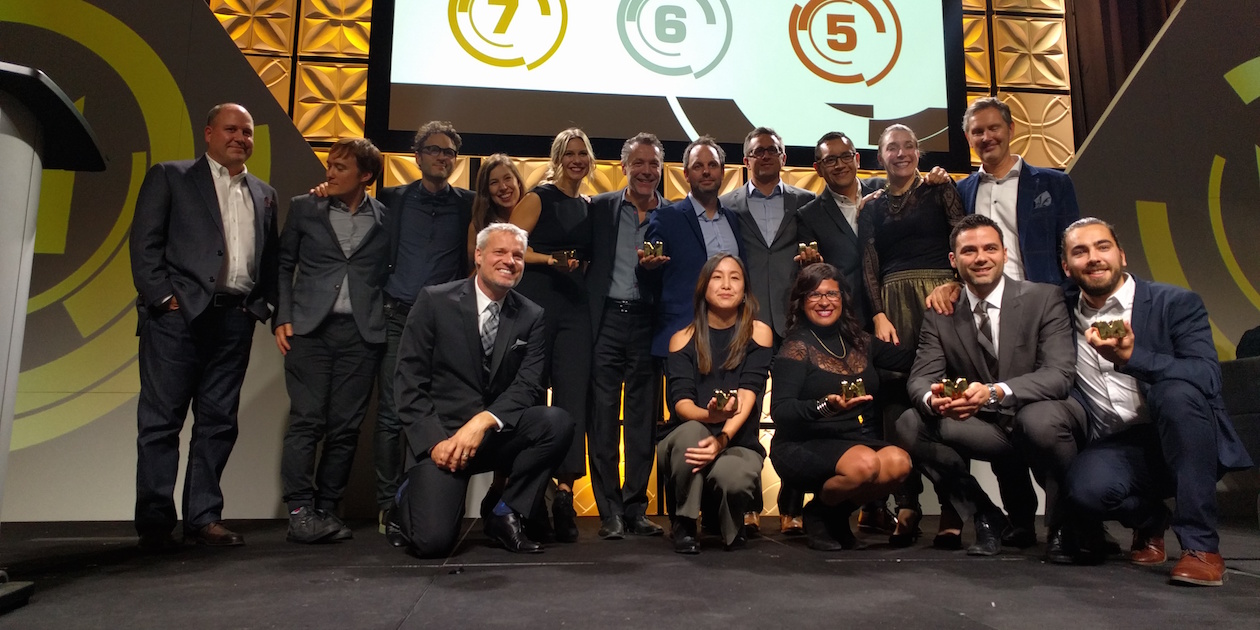 Lots of gold winners, but the Best of Show remains un-awarded

Touché was the big winner at Thursday’s Media Innovation Awards, taking home seven golds at the show, which was held at the Fairmont Royal York Hotel in Toronto.

The Omnicom agency took three golds for its “Fastest Campaign Ever” for Sport Chek, two for its “Winter Way to Travel” campaign for Via Rail and two for its “Anti-Bullying ‘Bullying'”work for the Canadian Safe School Network. The latter two golds were awarded for work done in partnership with Bimm.

However, the jury decided not to award a Grand Prix at this year’s awards. Jury co-chair Eva Salem, vice-president of strategic marketing at Canadian Tire, said that the judges had hours of conversations about whether any of the work was worthy of the top prize.

Salem said that the jury decided early on in the process that it wanted to award the work that was the best overall, not just the best compared with everything else in the market right now.

“A lot of companies did a lot of things right, but no one did more things right than anyone else,” she said.

This marks the second of Marketing’s annual award programs where the top prize was not awarded; in June, the Marketing Awards jury also did not award a Best of Show.

Agatha Wronecka, a MIAs jury member and general manager at Taxi, said the lack of a Best of Show is “another strong reminder that we all need to be braver, to be more creative and to push the envelope.”

Cossette won the second-most gold trophies last night, taking home five overall. The agency won two for its “Bring Back the Bees” work for General Mills and three for its “Life Unpaused” campaign for the Sick Kids Foundation.

PHD won four golds — three for its “The Magic of Colours” campaign for Sico (one of which is shared with creative agency BleuBlancRouge), and one for its “Boxing Week Bonanza!” work for The Source.

The full winners list will be made available at MarketingMag.ca and MediaInCanada.com in the coming days.