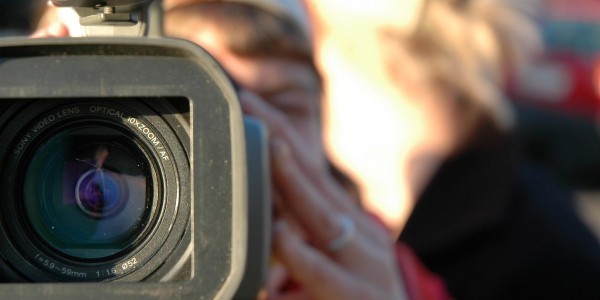 Across the board, companies are still suffering from text tunnel vision. Blogs, email and traditional text-based tools dominate marketing and sales efforts, despite a growing preference for video among general users. At most companies, video production remains a function siloed within a specialized team or outsourced to a creative agency.

Smart companies, however, have figured out creative ways to turn their own workforce into a veritable video army. As the CEO of a global video platform for business, you’d perhaps expect me to say this, but I’ve seen how DIY employee video is being used to market to consumers and employees alike, break down walls inside large companies, and bring a human face to customer service.

Here are ways to apply employee video in your business.

Humanizing the CEO with video selfies
When the CEO of social media company Hootsuite  discovered that his employees felt he was too far removed from the rank-and-file, he turned to homemade video to remedy the situation. The ensuing series of one-cut, low-tech “video selfies” not only allowed Holmes to reach out to his team from anywhere in the world, it also drove home the fact that he’s a relatable figure whose lifestyle may not be so different from their own. These selfies were both easy to produce and share, providing a time-efficient alternative to town-hall meetings and a more click-worthy vehicle than traditional email newsletters.

Virtual sales, real person
Video can help large, established companies seem more personal and human, but it can be just as helpful to small businesses — just ask Vicki, proprietor of the boutique toy company The Funky Fairy. She used Facebook Live to stream three successive online sales earlier this year via video, generating tens of thousands of views and more business than the company had seen up to that point. The group video format allowed customers to make requests in the comments section, and Vicki set up a system so requests she couldn’t fill went to a special order form.

Customer service with an actual face
When Amazon decided to launch the Fire brand of its Kindle tablets, it was taking on two of the most entrenched tech companies in the world — and it needed to distinguish itself. That’s when it unveiled its Mayday service, allowing quick and easy access to video customer support at any time. The result: the average service call was reduced to less than 10 seconds. Little wonder that Amazon has integrated the feature throughout its customer service pipeline.

Amazon uses live video, but technology for recording and sharing customer support sessions is growing more accessible, as well. One example: we recently released a free extension that allows businesses to embed a thumbnail video within a larger capture from an agent’s screen, so you can talk customers through a problem while showing them how to fix it.

Mining video for data
While DIY video can be easy for employees to create, gauging the bottom-line impact is another story. It’s easy to end up pumping resources into video with little real idea of who’s watching and why they’re watching. Recently, however, video analytics — the kind once accessible only to IT teams — have been democratized, as well. Online platforms allow users to pinpoint where viewer interest is falling off, who’s clicking through, what’s skipped and other metrics. Far from a passive content source, videos can be an info-gathering tool, if you’re equipped with some basic technology.

But all this DIY video advice does come with a few caveats. Employee-made videos are no replacement for professional, high-production-value video. Ultimately, a selfie has power because it’s your choice to interact that way, not because it’s simply the best you can do.

Likewise, because video is visual and permanent, brand guidelines and an approvals process are key. Consider a video’s reach when deciding how much freedom to give its creator. A front-page video on your website requires rigorous review, while most any agent capable of staying on brand can send a video message to a specific customer, in real time.

What’s clear, however, is that communication is increasingly taking a video form. The technological barriers have fallen. Consumers are creating and sharing videos by the billions every day. Isn’t it time that businesses caught up?

Michael Litt is cofounder and CEO of Vidyard, a global video platform for business. Follow him @michaellitt. 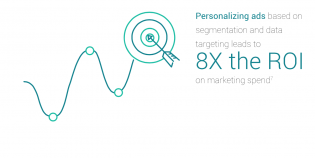