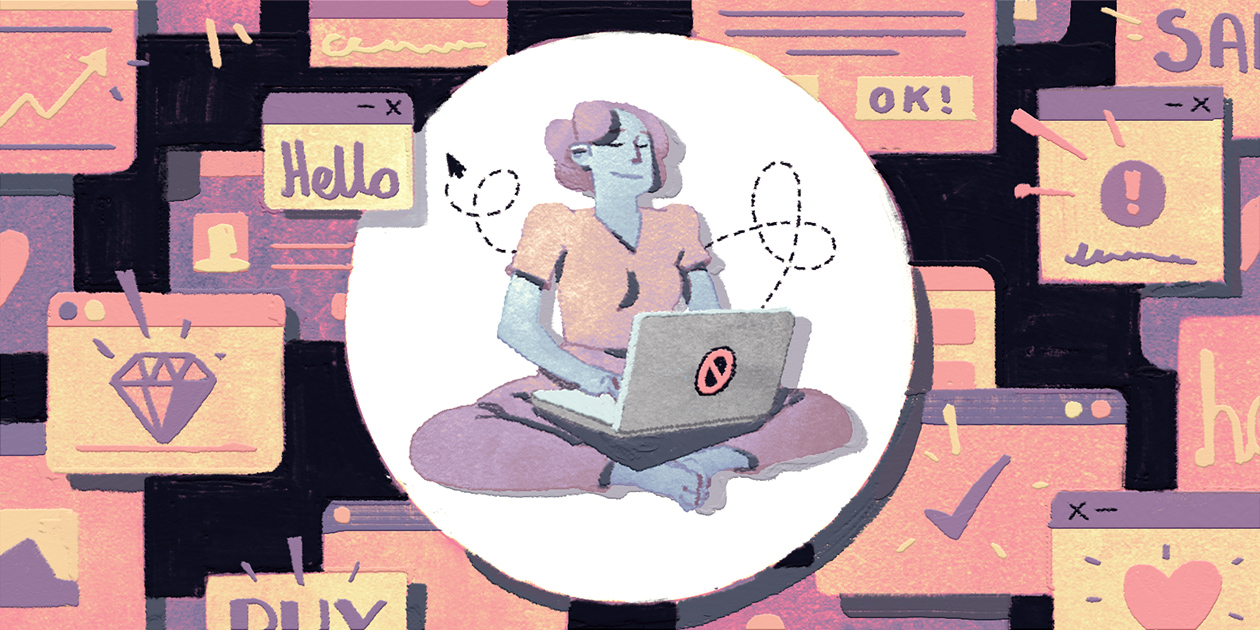 Ad Blocking: Who to blame and how to fix it

Ad blocking has been referred to as both democratizing and undemocratic — the saving grace as well as the destroyer of the internet. But in the ongoing debate over users’ rights to block ads online, advocates on both sides can agree on a few key facts: ad blocking is, in large part, the fault of advertisers; it is on the rise in virtually every corner of the internet-accessible planet; and it will ultimately force the advertising industry to evolve.

The revenue for an ad impression just keeps going down, and publishers responded by throwing more crap on the website

Ad blocking in Canada has doubled to 20% penetration from 10% in 2013, according to a recent study by Adobe and PageFair (an anti-ad blocking organization that offers services to measure the effects of blockers on sites’ income). But in spite of its explosive growth, the widespread rejection of online advertising didn’t happen overnight. Ad blocking’s rise was instead the result of a perfect storm that’s been brewing since the dawn of the internet.

The first ad blockers began popping up in the 1980s, when there were relatively few ads to block. At the time, they were mostly considered a niche product for the more tech savvy surfers of the infantile World Wide Web — a far cry from the approximately 198 million active ad blocking users today. The first signs of real trouble for the ad industry, according to Scott Cunningham, came during the financial meltdown of 2008.

“The market crash contributed to publishers who were clearly trying to monetize digital as quickly as possible, especially those publishers who have offline media,” said Cunningham, general manager of the Interactive Advertising Bureau‘s tech lab in the U.S. “Trying to recoup those [print] revenues in digital was a tough challenge, because the price per unit and the revenue per unit wasn’t as healthy as it was offline, and sometimes it became a volume play for the publishers.”

In the aftermath of the 2008 financial collapse, as publishers were suddenly scrambling to find new revenue sources, advertising technology firms were also scrambling to provide solutions.

The Ad Blocking Debate: How Should Marketers Respond?
• Tickets are still available to AdTech Canada on March 29. Don’t miss out!

“There’s a lot of really clever, automatic ad buying technologies now that make online ad buying very efficient and very targeted and very cost-efficient,” said Mark Addison, who oversees special affairs for Adblock Plus, an open-source content and ad blocker developed by Eyeo. “But this is economics 101: when you flood the market with a nearly unlimited supply of remnant ads, and you create these programmatic exchanges to create a hyper-efficient market… what happens to this supply/demand curve? The price plummets. The revenue for an ad impression just keeps going down, and publishers responded by throwing more crap on the website.”

The final straw for consumers, who could do little to prevent their online experience from deteriorating as a result of this sharp increase in the number of ads they were exposed to, came a few short years later, according to Addison.

In 2007, a Do Not Track software add-on was built for the Firefox web browser (which had about one-quarter to one-third market share, according to various measurement firms), allowing users to request that publishers and advertisers not track their online activity. In the following years, Microsoft, Google and Apple followed suit, but their “do not track” requests were never made mandatory within the ad industry. When publishers and advertisers failed to respect these requests, U.S. senators Jay Rockefeller and Richard Blumenthal introduced a bill to congress in 2013. That bill would have granted users the ability to opt out of being tracked, but it was not enacted.

“The year that ‘do not track’ was finally killed — buried, coffin nailed shut — you could see searches for ‘do not track’ plummet and the searches for ‘ad blocking’ skyrocket,” said Addison. “The ad industry made a concerted effort to kill off a very reasonable consumer request, which was, ‘Can I make my browser not track me if I ask it to?’ and they just flat out ignored it and gave the consumer a big middle finger.”

That, said Addison, is when the hockey stick-shaped graph tracking the use of ad blocking reached its inflection point.

In the 12 months leading up to PageFair’s 2015 Global Ad Blocking Report, ad blocking grew by 48% internationally.

While they agree on many parts of its history, given their industry affiliations, Addison and Cunningham obviously describe ad blocking in significantly different terms.

“Ad blocking does absolutely threaten and undermine the democratic nature of a free and independent web,” said Cunningham, adding that some ad blockers charge publishers to allow their ads to get whitelisted and, ultimately, viewed by users.

“My advice to publishers is: don’t pay the extortion fees,” he said.

Addison’s response is that while some ad blockers act as a blunt instrument that automatically block all advertisements, users of Adblock Plus can choose which advertisers to whitelist, while others are automatically whitelisted for following the company’s acceptable ads requirements (which deal mostly with placement, size, being non-interruptive and clearly labeled as an ad). He said that while Eyeo charges major publishers (i.e. the Googles, Microsofts and Amazons of the world) to not block their ads, smaller publishers simply need to follow the acceptable ad requirements. Fees collected from major publishers then provide Adblock Plus with resources to build a more sophisticated ad blocker, as opposed to remaining a blunt instrument with no overhead costs.

To further his company’s defence, Addison also points to a number of articles explaining why ad blocking is not extortion — including one published by Business Insider called “Why People Who Call Ad Blockers Extortionists Have Got it Wrong” — as well as the four lawsuits Eyeo has won against its accusers.

“It’s kickass that we have tools like Adblock Plus that we, as a community of users, can exert some control over a multi-billion dollar advertising industry, and make that industry think hard about [the users’ experience],” he said.

How to Move Forward

The key is offering something that someone doesn’t want to block.

Whether they consider ad blocking the problem or the solution, few can deny that it will remain an obstacle for advertisers, forcing them to find more creative ways to reach consumers.

“If marketers are paying attention, they will absolutely acknowledge these symptoms and start to take their vitamins and course-correct to figure out ways that would bypass or disqualify products like ad blocking,” said Stephanie Klimaszewski, the senior director of sales development and marketing for Kiip, a mobile advertising platform.

Kiip’s business model acknowledges that in today’s digital and mobile advertising environment, interruptive ads can do more harm than good. Instead, it focuses on moment-based rewards for in-app activities and achievements, such as providing discounts and promotional offers for completing tasks on mobile games. Since its launch five years ago, Kiip has been integrated into more than 4,000 mobile apps.

Klimaszewski adds that most advertising doesn’t support the user experience, particularly on mobile, and that forcing ads on unwilling participants only damages the brand’s reputation.

“I think it’s a sign that marketers are unwilling to adapt, and are just pointing fingers to ad blocking as the problem. Things like ad blocking just call for the adaptability of marketers, and a way to rethink how we’re doing things,” she said. “The key is offering something that someone doesn’t want to block.”

The rise of ad blocking has also led to a sharp increase in native advertising, which allows marketers to communicate their brand messaging in a less intrusive way by matching the style and format of the content it accompanies. A 2015 survey by the Association of National Advertisers found that nearly two thirds of marketers are increasing their native ad budgets, and market research firm Statista suggests native advertising spending will double to $8.8 billion by 2018 from $4.3 billion in 2015.

“Regardless of ad blocking, there’s always going to be an appetite for great content, whether it’s an ad or not,” said Francisco Diaz-Mitoma Jr., the CEO of Revenue.com, a native advertising network with over 100 publishers. “It’s generally the same sentiment against banner ads that’s leading to both the rise of native advertising, which is generally less intrusive, and the creation of this ad block technology, which a lot of publishers are losing a lot of money on.”

That lost sum of money, according to PageFair, reached $22 billion in 2015. However, some believe that such loses are simply the growing pains of an industry in transition.

Cam Wykes, a digital engagement and innovation consultant with a long history of digital campaigns at agencies such as KBS+ and ACLC, told Marketing that the rise of ad blocking may force the industry to consider new metrics for measuring the success of a campaign.

“I think both advertisers and agencies have gotten lazy and relied on old standards well beyond their shelf life,” Wykes said. “Advertisers should already be thinking beyond impressions and CTR, and looking to tie data that is readily available to their objectives.”

Furthermore, Wykes suggested that as the industry matures, it will leverage data to create smarter, more relevant messaging and engaging content… content users won’t want to block. He believes that users already widely embrace online advertising, just not in the form that is being blocked today.

“There are legitimate concerns around bandwidth and more efficient streaming and using less data,” he said. “It’s not just a ‘I hate advertising’ kind of blanket perspective. It’s more than just hating ads.”

It has been this intersection of complex consumer motivations and tech solutions from both sides of the debate that has forced marketers and publishers to be more innovative in the way they reach audiences. The choice before today’s advertisers, really, is whether they want to invest in marketing that engages and benefits the consumer, or in changing the minds of consumers to get them to switch off the ad blockers and maintain the ad-supported model. But given how much ad blocking has grown over the last few years (remember: 48% growth internationally), maintaining the status quo may not remain an option much longer.

Get an even deeper dive by looking at the AdTech Canada 2016 conference highlights in The Marketing Debrief.