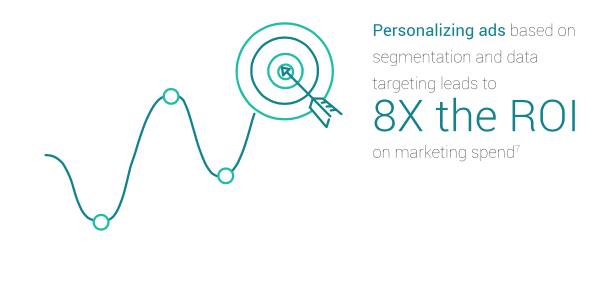 If you understand basketball, you can get more consumers to buy things

Programmatic advertising works best when the final creative that encourages a purchase receives an “assist” throughout the customer journey, according to recent research conducted by Google Canada.

The results showed that, while consumers may wind up clicking on an ad that leads to a purchase page, it often takes as many as 15 different “passes” to get them there. This could include a pre-roll video, followed up with other video ads, or ads on other devices.

“If we want to score, we should give the ball to Michael Jordan — whether it’s retargeting or search — but what are the other four players who get the ball to him?” asked Ben Wise, account executive, media platforms at Google Canada.

It’s not just a matter of having more assists, Wise explained, but personalizing and targeting based on more granular segmentation data. According to its study, Canadian firms who managed this have seen a 36% median lift in assisted conversion rate and 47% media cost per assist savings. Users are also more likely to convert when they see data-driven tactics earlier in the funnel, Wise added. Brands who did this saw a 46% median lift in assists to paid search ads.

“We’ve really nailed the execution and measurement on that last piece, when someone’s ready to buy something,” Wise said. “It’s everything above that which is the bigger challenge, and I think the bigger opportunity.”

Genevieve Guay, head of global media partnerships at Dentsu Aegis Network and vice-president, managing director at Amnet Canada, said the findings from Google validate what the programmatic buying firm has seen in its own day-to-day work with customers.

“Too often when we look at year-over-year benchmarks, it’s still based on the last touch,” she said. “If we still look at the last touch, it’s always the lower funnel that will win.”

On the other hand, just throwing data at the problem is not the answer, she said.

“We tend to put data in one bucket. How recent does the data need to be – from 12 hours or 30 days in market?” she said. “As we audit the data, we have to be more careful in the data that we’re using. We want to be sure we have transparency there.”

Wise added that creativity plays a bigger role in making “assists” in programmatic work than many might believe.

“You really need to understand the most relevant message for the user in a specific micro moment,” he said. “Then it’s about leveraging technology to scale and orchestrate sequential messaging across devices.”