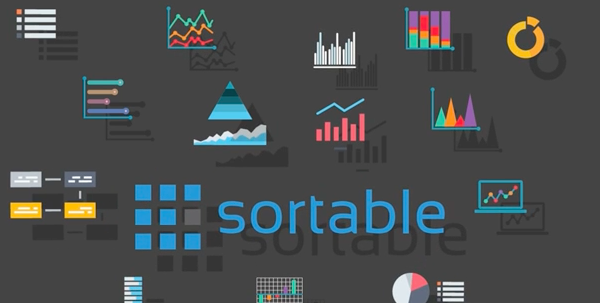 A Waterloo-based startup that began as an online hub for collecting product reviews and pricing information has morphed into an engine for helping publishers automate and improve the way ads are served up online.

Sortable, which has its origins in the University of Waterloo’s Velocity incubator program, recently won funding of $1.4 million for its product, which looks specifically at data related to a particular user’s device, geography, particular web pages and other information. It then determines whether that consumer should be served a traditional ad, a video, an article with content marketing or branded stories or something else.

According to Christopher Reid, Sortable’s founder and CEO, the idea came from previous experience with an earlier incarnation of the firm called Snapsort, which compared feedback and other data on things like digital cameras. Once described as a possible competitor to Google, Snapsort was acquired by Rebellion Media in 2012. Reid, however, bought the firm back, a story which he describes in a lengthy post on the Sortable blog. The plan now is to use the experience of running Snapsort to inform the way Sortable offers analytics and machine learning to other publishers.

“What we found is the ad tech industry is very fragmented, with many cooks in the kitchen. You can’t work with them all at once,” he said. “Essentially as a publisher, you own real estate. Your job is to keep users happy and make money off that real estate. If you put up too many ads, you have to mediate it somehow.”

Sortable will take a 15% cut of gross revenues for the ads it helps mediate and optimize using its engine. Reid said the market could include publishers who have experience with programmatic advertising but struggled to be successful, or those new to it who want to start off right.

“You have to earn some level of trust before a publisher is going to let you really dig in deep and change the way they’re monetizing the business,” he said. “Our approach is, ‘How about you let us manage some small percentage of your display inventory and we’ll do our thing within that one facet? Just swap out your existing Javascript tags with ours.’ Then you just check the results over the next week.”

Sortable’s server essentially sits in between DSPs and ad networks and consumers, gathering data that can inform all the connections between the publisher and its partners to set floors, restrict bidding or whatever activity makes the most sense.

“The golden nugget is that there’s a lot more money to be made if you can do it well,” Reid said. “A lot of publishers have slightly different models, unique angles on direct or they’re leveraging data in a unique way. We believe if you can bring publishers together and give them the tooling and some scale, they’ll be in a better position.”

Sortable’s ad engine has been in the works for two years, Reid added. The company has 23 people on staff and is hoping to hire another 20 to 25 engineers this year. The plan is to use that team to handle things that publishers would rather not include among their core competencies.

“They’re realizing that this is more of an engineering task than it is a human labour or ad ops task,” Reid said. “Do you want to build a 10- to 20-person engineering team or do you want to pay a small amount that works out to much less cost and much less pain and let someone else handle it?”

Sortable hasn’t announced any major customer wins yet but says it manages relationships with at least 30 ad partners including A9, Rubicon Project, AOL Advertising and others.