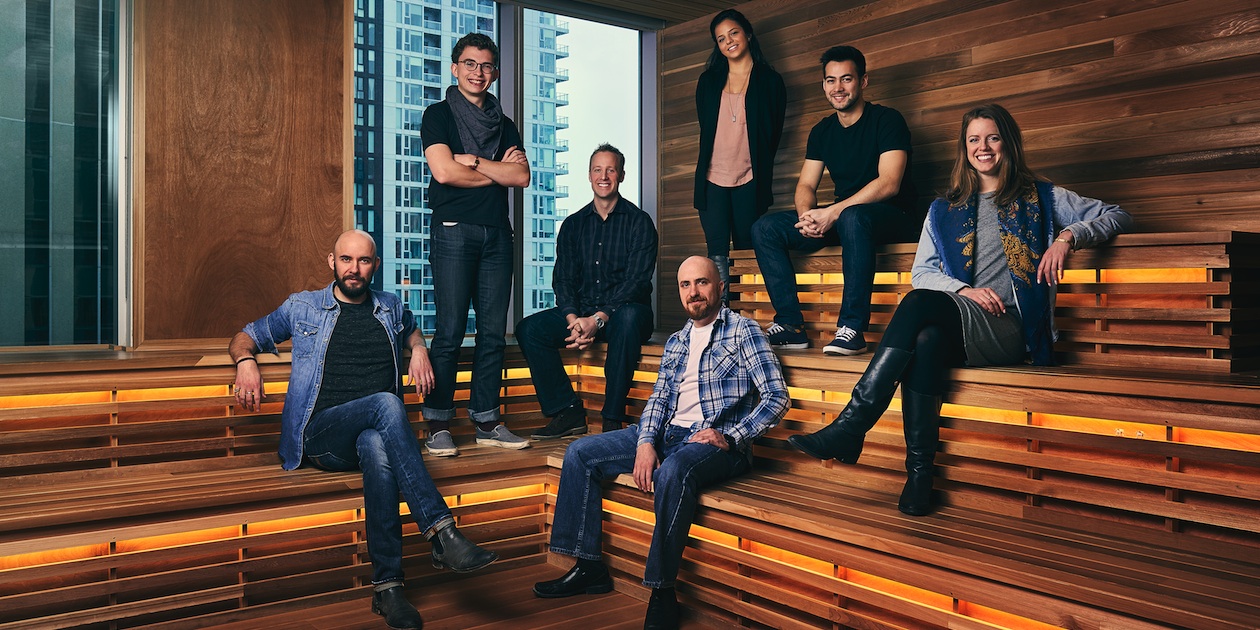 Tech Player of the Year 2015: Shopify

This industry-changing, billion-dollar unicorn is moving at full gallop

Without Shopify, Manitobah Mukluks would never have gone from a specialty business working with a handful of high-end shoe retailers to a worldwide phenomenon competing with the likes of Ugg.

Today, its premiere and one-of-a-kind “story boots” that are painstakingly crafted by aboriginal community elders, retail for upwards of $1,000 on Manitobah’s online store. But back in the mid-2000s, when it was founded by a Métis trader and a former Canada Goose distributor, there was no way Manitobah could afford to work with the big-name enterprise e-commerce businesses that demanded tens or hundreds of thousands for their services. It was Shopify — and its disruptive idea that online retail should be accessible to everyone — that made Manitobah’s success possible.

By now Shopify has attained a broad level of fame rarely experienced by tech startups. It didn’t invent e-commerce, but it did make it simple enough that anyone with a product and ambition can do it. Thanks to Shopify, businesses that rely on reaching a hyper-specific but widely dispersed customer niche are not only viable, but lucrative. That prospect has resonated with businesses all over the world — over 200,000 merchants in 150 countries, to put a number on it.

Shopify’s been gaining steam for years, but 2015 was its most explosive yet. It was the year it went public to the tune of $131 million, the first Canadian company to be valued at over $1 billion (a “unicorn” in corporate parlance) since the dotcom era. An accomplishment of that magnitude made it a natural choice for Marketing’s first ever Tech Player of the Year. Accessibility hasn’t been its only innovation. Users of the platform — businesses ranging in size from one-person startups to major brands like Tesla Motors and Red Bull — say that what sets it apart from competitors is the way it helps them translate their brand story online. Rather than locking users into a rigid template, Shopify offers the tools to design a visual environment that reflects each brand’s unique personality. And through Shopify’s integration with outside partners, a brand can intimately tie its products to digital content that describes their history, values and vision.

Manitobah Mukluks co-founder Josh Fine says that as the business has grown, it’s benefited from both Shopify’s accessibility and its flexibility. Back when he first partnered with Sean McCormick, who sold hand-made mukluks and moccasins to Winnipeg tourist shops, he knew that to build a national brand they would have to go online to tell the story of where the boots came from and why they were so special. But they couldn’t afford to do that with existing e-commerce platforms like Bitcommerce or DemandWare. Luckily, Fine was based in Ottawa, where Shopify was just getting going.

“When we first started, it was about cost,” Fine says. “Our competition has spent literally over a million dollars on each of their websites. That’s who our consumer is looking at, and then us. [Shopify] really equalized the playing field for us, and allowed us on our budget to compete with them on their budget.”

Today, Manitobah employs 95 people in Winnipeg and Ottawa, with overseas manufacturing operations and more than $10 million in annual sales. It won a 2015 Canada Post E-Commerce Innovation Award, and has ranked in the top half of the Profit 500 fastest growing companies in Canada for the past two years. But now that it’s a larger business, Manitobah hasn’t abandoned Shopify. The platform’s simplicity and reliability ensures that it can commit more of its resources to marketing and community engagement, rather than an expensive development agency. In fact, Manitobah’s web store is managed by a single on-staff developer.

A big part of Shopify’s success has been building a platform that can accommodate both small businesses and large ones. Not only has it held on to successful clients like Manitobah as they’ve scaled, it’s also attracted big-name brands such as Herschel, the L.A. Lakers and Budweiser.

“We wanted Shopify to be something that, as a small business, you could start selling one to three products a day on, but you could also sell 100,000 products without feeling like you had to graduate off the platform,” says Brennan Loh, Shopify’s head of business development (pictured). Although it didn’t initially target big-name brands, having the credibility and infrastructure to serve large businesses eventually drew big names like Tesla and Herschel to the platform, he says.

Central to Shopify’s vision is the idea that retailers should be able to shape and own their web experience; while Amazon can be a useful way for established sellers to build volume, its standardized product pages aren’t exactly the best place for a brand to flaunt its personality.

Personality is everything for Luxy Hair, a brand built on the back of its 2.6 million-subscriber YouTube channel. Six years ago, sisters Mimi Ikonn and Leyla Naghizada started a vlog to share hair styling tips and tutorials as part of an effort to promote their clip-in hair extensions. Their content — and their sales — took off.

Inside Tech Player of the Year

Luxy Hair switched to Shopify about a year ago. Alex Ikonn, Mimi’s husband and CEO of the company, says they made the decision because they needed a platform that allowed them to focus on their content while matching the look and feel of the brand they’d developed on YouTube.

“When we started our business, everyone laughed at us, like how are you going sell hair online?” Ikonn says. “It’s not a cheap product. Our average sale is $170. How do we get people to drop so much money on hair they’ve never seen before?”

Luxy’s success came from seamlessly tying its content with its product, Ikonn says. Its site only sells one product, but it’s chock full of YouTube tutorials, Instagram feeds of happy customers tagging themselves and video reviews by other YouTube stars.

All this is possible because of the Shopify app store, which supplies 1,200 third-party plugins for everything from content integration to analytics to free shipping services and personal fashion assistants. Ikonn says the app store is what really makes Shopify stand out over competitors like Bitcommerce and Squarespace.

Shopify sees itself at the centre of an expanding ecosystem, says Loh. In the past year it’s signed new partnerships with Facebook, Uber and Amazon to expand the range of distribution channels that merchants can tap into. It’s been the first e-commerce platform to pioneer social stores and buy buttons, enabling Facebook, Pinterest or Twitter users to buy products they see on those platforms without leaving them.

“At the beginning of this year, we really started to put into motion our multichannel strategy, which was to make it easy for merchants to sell wherever their customers are,” Loh says. “That could be on the web, on mobile or on social, but it could also be at a brick-and-mortar location or a pop-up store.”

Shopify’s has put itself at the forefront of the merging of digital and physical (“phygital”) retail through a unified store management system that integrates inventory tracking, analytics and customer experiences across online and in-store operations. Over the past several years, Shopify has released a mobile point-of-sale system, including inventory management and in-store analytics. It’s being used by successful online businesses to break into brick and mortar, and has managed to convert many physical retailers to the product as well.

Boutique 1861 is one such physical retailer considering a switch to Shopify’s store management system. For its online store, Boutique 1861 went with the platform for the same reasons as Luxy and Manitobah: it was the best way to replicate the look and feel of their business. In this case, Boutique was looking to recreate the atmosphere of their highly ornamental physical space, which draws on Victorian-era interior design to bring to mind the refined feminine feel of Marie Antoinette. Shopify’s customization tools and third-party apps were essential, says communications director Joanna Nisenbaum.

The Montreal company, with three locations in throughout the city, has used Shopify to sell its Parisian-style party dresses and formal wear online since 2013. Now that it’s looking into a fourth location, it’s planning to test out Shopify’s mobile point-of-sale software. Nisenbaum says the company doesn’t currently have a system to track its in-store and online inventory, but with its ongoing growth it’s going to be a big asset.

“All the stylists have to learn how it will work, but it seems to be really easy to use it,” she says.

With so much to offer both online and traditional retailers, Shopify has played a pivotal role in the paradigm shift to customer-focused online marketing. Don’t look for the company to be resting on its billion dollars of laurels, however. With more physical retailers becoming aware of what Shopify can do, its market is still growing and evolving. And being a tech company, there is no shortage of upstarts and innovators looking to displace it at the top of the pile. Beyond 2016, Shopify has its work cut out for it. So for now, it remains a unicorn moving at full gallop.

Tech Player of the Year – Top 3